By David Berkowitz Conversations with the Community Archives 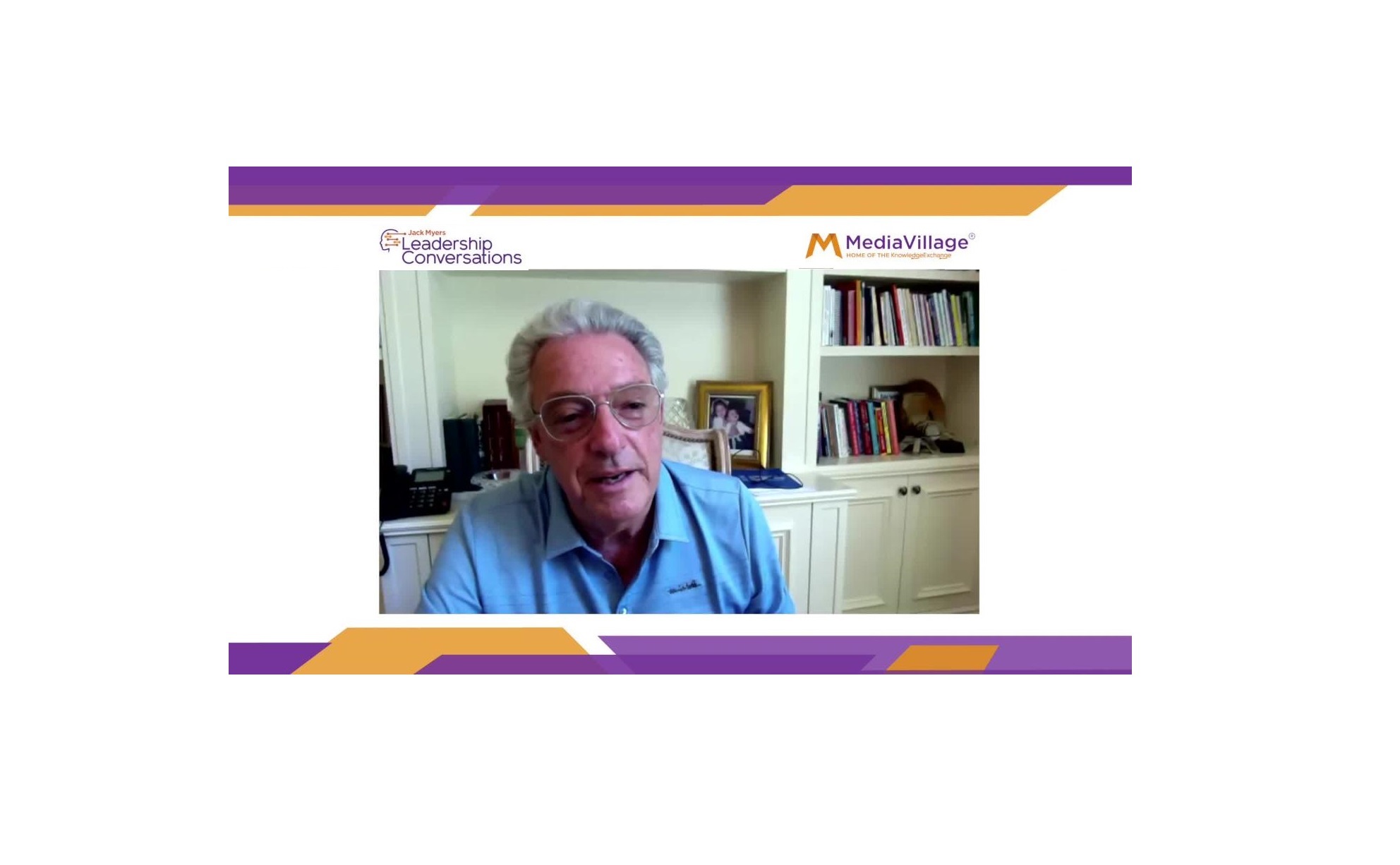 View the full Jack Myers Leadership Conversation with IPG Chairman Michael Roth here. "I like to view ourselves as the best-looking house in a bad neighborhood," said Michael Roth, Chairman and CEO of advertising agency holding company Interpublic Group (IPG), in the June 25 Jack Myers Leadership Conversation. "The bad neighborhood is the marketing and communications companies."

Roth was an outsider to the ad industry when he was tapped to run IPG in 2005, having previously led financial services holding company MONY Group. "My mother was a bookkeeper, and my father was a lawyer. I didn't want to insult either of them, so I did both. I became a tax lawyer." He still seems to relish that newcomer's perspective. Myers noted that from the financial perspective, IPG's business ranks as "the strongest of all the holding companies" across practically all benchmarks. Roth said, "We've outperformed our peer group in the last five years."

The peer group itself, however, and the broader ad industry are "not as well perceived," according to Myers, and Roth agreed.

There are two ways that Roth has been addressing some of the fundamental negative perceptions of the industry. One is through talent development and culture investments that included incentives, instituted in 2006, for agency leaders to be financially accountable for diversity and inclusion goals. IPG is the only advertising agency holding company to disclose its Equal Opportunity Employment Commission (EEOC) data showing the racial composition of its workforce. (Dentsu Aegis has recently released limited data.)

Roth has also overhauled the holding company business model – a move that Myers said is "radical" not just for the ad industry, but across global corporations. Roth sums up the transformation with two words: "open architecture."

"The holding company model was structured as a series of rollups," explained Roth, describing the firms' spree of agency acquisitions. "With more agencies, you can have less conflicts if you used a separate shop. They just kept buying companies, and they didn't make a lot of economic sense other than they were somehow connected to the advertising business."

"When I came to the board, I looked at it, and said, 'This model doesn't make any sense,'" said Roth. "Why are we all competing with each other if I can field the best team in the business and put it up against my competitors? Why isn't that a better proposition than having three agencies of our own competing with the others?"

"Everyone looked at me like I had two heads," he said.

That insight led to the open architecture model that he launched in 2006, with "an IPG team" comprised of their best businesses across their network to meet clients' needs. "That's the main reason I believe we're outperforming – because clients know we're thinking of them, not just our own model," added Roth.

Beyond optimizing resources to reduce internal competition and provide best-of-breed offerings to clients, Roth also addressed the fundamentals of using that open architecture to enable clients to better reach their target consumers.

"The missing ingredient was the data and analytics part of it," said Roth. "First-party data is critical to finding the right consumer. Two-thirds of the Acxiom business is just first-party data management." IPG then put that together with their programmatic practice to get the right message to the right audience.

"Without being relevant to the consumer, it's not enough to just know where they are. You need to know what their likes, dislikes, and habits are," said Roth. Data and analytics inform creative. "When you add a creative capability to that, that resonates and brings the message to life. Then you bring in the PR and the experiential assets."

The creative can run anywhere. Roth is adamant that IPG doesn't take a stage in media properties. "We're totally agnostic on the media side of the business," Roth said. "Some of our competitors take equity positions in media, so they're not agnostic. We never do that. Our view is: where do you get the best bang for your buck? And the only way you do that is by measurement."

Being agnostic, to Roth, means being transparent. "If you don't have transparency, forget it," said Roth. "That's part of the problem with why our sector isn't viewed the way it should. We are supposed to be an independent arbiter of where our clients spend their money. If we're not transparent, then how can they rely on us that we're giving them the right answer?" For Roth and IPG's open architecture, it all ties together, and it's why he remains bullish on the ad industry.

"The ones that have the best content, the best analytics, and the best pricing and transparency – they're going to prevail."