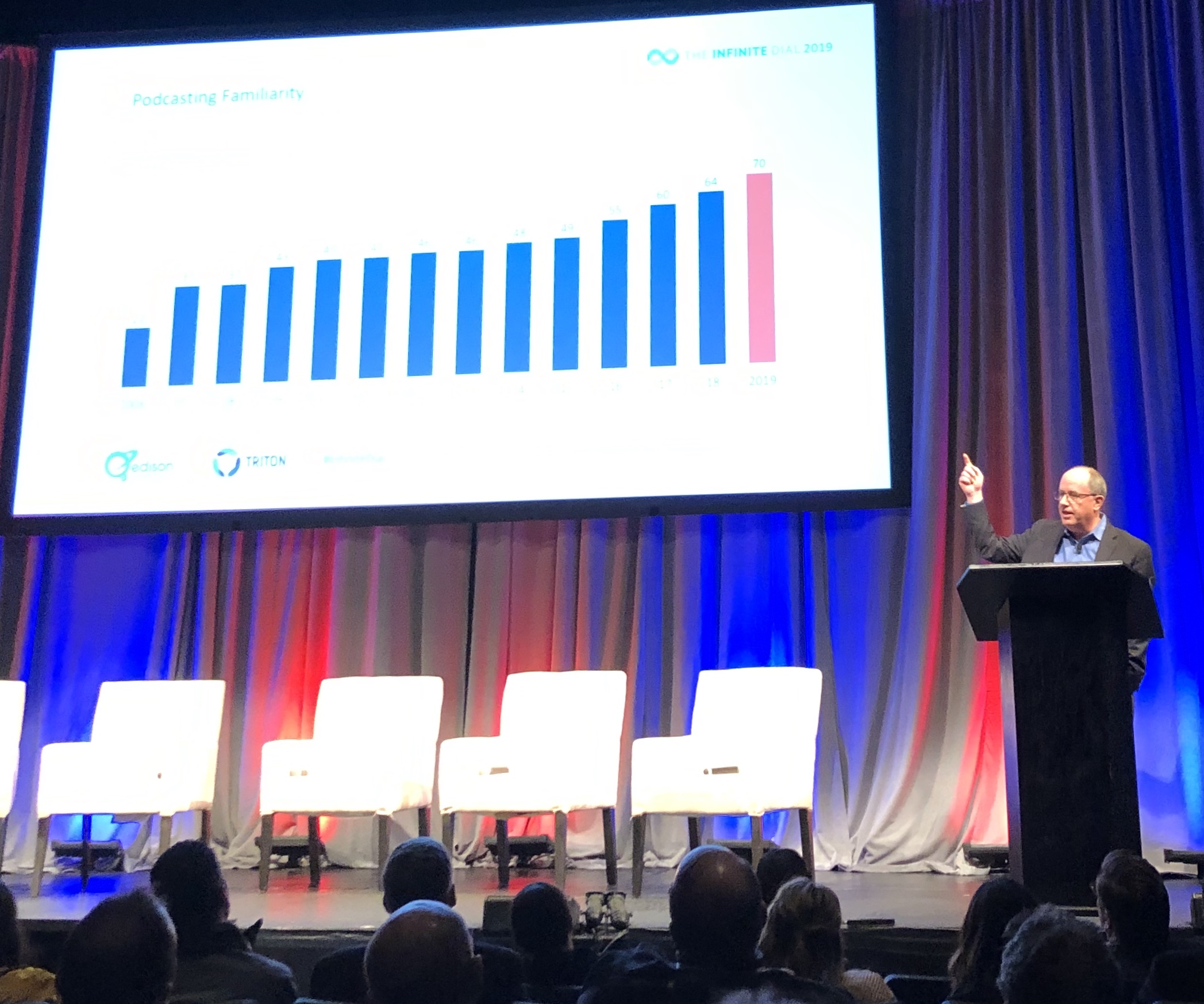 If you listened to audio executives at the recent RAIN Summit in New York, many declared 2019 is going to be the "year of audio."  Their predictions called for a banner year where advertisers up their spending and consumers tune in at record levels.  Cadence13's Senior Vice President of Digital Strategy and Analytics, Jay Green, believes that "2019 overall will see the continued growth of podcasting as it stands alongside -- not under -- streaming music, broadcast, video and display."

While some bullish opinions may be motivated by a degree of corporate self-interest, recent results from the gold standard in audio consumption research -- Edison Research and Triton Digital's 2019 Infinite Dial study -- do indicate the industry is at a tipping point.  Rapid gains in digital are making audio available to new audiences and driving increased consumption.  Media companies are increasing investment in podcast production, advertisers are investing in the medium and, of most importance, consumers are exploring more audio on an increased number of platforms.

In the last decade, audio's three hottest categories -- podcasting, digital audio and voice-activated technology -– have enjoyed particularly explosive growth, going from niche options for early adopters to mainstream media choices.  Back in the 2009 Infinite Dial, these audio options were in their infancy, and now, just ten years later, all three have strong usage and even better awareness.  If such growth continues, we may be declaring more years of audio or even an entire decade!

Any holdouts who may need convincing that audio is where it's at should consider the following:

Podcasting Moves into the Mainstream

According to the 2019 Infinite Dial, nearly three in four Americans have heard of podcasting.  While podcasting feels very top-of-mind today, its mass-market awareness is a relatively new phenomenon.  As one of the minds behind the report, Triton Digital's President of Market Development, John 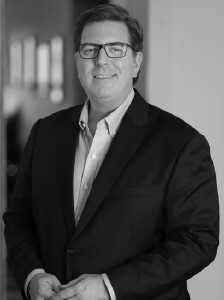 Rosso (pictured at right), noted: "Podcasting has been on a long, slow growth trajectory and it's been bubbling up a bit each year, but this year it made a very meaningful jump."

How big a jump?  In 2009, more than half of Americans had never heard of a podcast, let alone listened to one.  At the time, only 25% of Americans said they'd ever listened to a podcast and just 11% had done so in the previous month.  Podcasting was so new that, in their research presentation to the media, Edison and then-partner Arbitron (which was later bought by Nielsen) included a detailed explanation of a podcast and how it differed from online audio and downloaded music.

Now, fast-forward to 2019, when this year's Infinite Dial declared that podcasting has gone mainstream, with half of all Americans reporting they've listened to a podcast and about one in four people saying they listen weekly.  The audience has grown so quickly that its ranks have shot up in just the last year.  Since the 2018 Infinite Dial, podcasting added an additional 14 million weekly listeners and 17 million monthly listeners.

"We've seen rapid growth this year and we can assume it will continue," Rosso said.  "You have big companies coming in and it is growing on all dimensions.  More people are creating content, the quality of content being created is improving, the quantity being consumed is increasing, and so are the quantity and quality of ads and brands that want to be involved."

To further his point, Rosso pointed to increased consumption, with podcast listeners now consuming an average of seven podcasts per week, up from five in 2017.

In 2009, online audio was a relatively new option, as radio stations started to stream online, and Pandora and Spotify began to gain subscribers.  Yet digital audio's value proposition was already being demonstrated.  That year's Infinite Dial report noted digital audio offered consumers flexibility, variety and control.  In fact, those remain some of digital audio's strongest attributes.

What has changed is a significant boom in available services, programming and ways to listen.  That has caused the number of Americans using online audio to balloon from 42 million weekly listeners in 2009 to 169 million weekly listeners in 2019.  That is now equal to 60% of Americans.  Even more impressive, the average listener streamed 16 hours and 43 minutes of digital audio per week -- more than double the average of 6 hours and 30 minutes back in 2009.

What accounts for the boom in online audio?  Rosso suspects it is fueled by more podcast listening, listening over smart speakers and growth of services like Spotify and Pandora.  But future Infinite Dials will need to dig deeper, he said.  Tracking the fast-changing audio industry is a moving target.  "The average time spent listening to online audio had a massive increase," he said.  "How much podcast listening influences that and how much do platforms like Spotify adding podcasts help to increase it?  We just don't know yet."

While radios have been disappearing from American homes and offices, a new way of listening is replacing them via smart speakers and other voice-activated devices.  Since Amazon introduced the first Alexa device in 2014, smart speakers have entered the consumer conscious at warp speed and have reached nearly 80% market awareness, the Infinite Dial reports.  About a quarter of Americans now own a smart speaker, up from just seven percent two years ago.  Most of those households own an average of two smart speakers, but a quarter of them have three or more.

This rapid proliferation of smart speakers (not to mention all the other places voice control makes accessing media easier, including cars, but that's a conversation for another time) is a boon for both radio stations and podcast producers, as users often cite listening to audio as a top speaker activity. And, as more Americans listen to audio on smart speakers, Rosso says it is helping drive the overall growth of podcasting and online audio.

Such connective tissue between audio content and new ways to listen is driving the entire audio industry to new heights.  Or, as Sharon Taylor, CEO of podcasting hosting company Omny Studios surmised at the RAIN event:  "2019 will be the year that audio cements its place as a first-class citizen, with voice technology and consumer trends continuing to drive exciting growth."