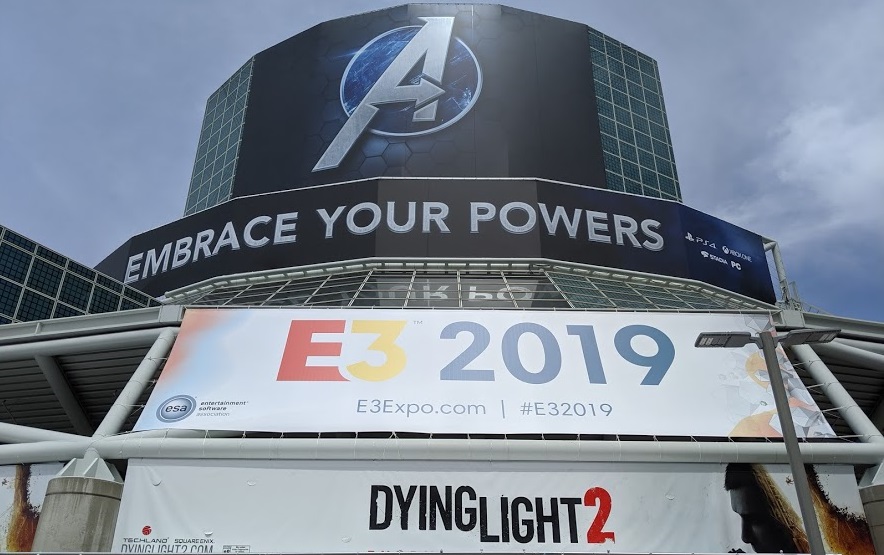 The premier industry videogame conference, E3, took place recently at the Los Angeles Convention Center.  This was an odd year, as two key industry players -- sports game leader Electronic Arts (EA) and Activision -- diminished their presence at the show.  EA skipped their traditional press conference.  Activision passed on floor presence but did hold private meetings throughout the event.  Meanwhile, Sony's PlayStation division did not attend at all, although their position as the top console guaranteed that their product was ever visible on the show floor.

While E3 is traditionally known as the launchpad of all things game-related for the upcoming year or two, this year there was a slew of incredibly important game-related announcements that occurred prior to the event.  For example, cloud-service announcements from Google (Stadia), Apple (Arcade) and Microsoft (xCloud) revealed their respective new platforms at dedicated events months before the conference.  However, Microsoft did have a presence at E3 and gave out a few more details about the xCloud at their press conference, which was held at the Microsoft Theater, just steps away from the convention center.

With so many players choosing to pass or minimize E3 in a year with some fairly hefty gaming announcements, does this signal doom for the conference?  Dario Raciti, Director of Zero Code, the multi-award winning in-game advertising, VR and branded gaming entertainment division of Omnicom Media Group, shared some thoughts on the conference's overall relevance, in addition to some of the products previewed.

Raciti is not an E3 newbie.  This year marked his 18th conference and he did notice a difference.  "It felt smaller, although all of the floor space was occupied," he said.  In fact, Raciti's observation is correct.  Attendance was down by 3,000 to just over 66,000 from last year's 69,000+.  Almost a quarter of the 200 exhibitors were first timers to E3.  Not having Sony PlayStation attending, along with Microsoft's events and exhibits being held in their nearby theater and not on the main floor, gave those smaller players a chance to stand out.

In 2017, E3 changed from an industry-only event to a hybrid trade show/fan experience.  Raciti isn't a fan of this.  "It's trying to be both and I'm not sure if it's working," he said.  "Unlike PAX (a series of regional game fan festivals), E3 was never geared towards consumers."  Having attended a few E3 conferences myself, I can attest that there were always fans that made their way in, but having a few diehards sneak in is one thing; the addition of thousands of fans with very different agendas than the business side is most definitely distracting when trying to conduct serious networking and deal-making.

One area where Raciti sees E3 being hyper-relevant is the viewership of coverage on Twitch, the Amazon-owned video channel that allows viewers to watch gamers play their favorite games.  "The few times that I checked, they had around 200K-300K simultaneous viewers and never dipped below 100K," Racitit recalls.  "Twitch has had extensive coverage of E3 for many years and simulcasts all the major press conferences."

E3 still provides a big marketing opportunity for game publishers.  Major gaming announcements made this year included the highly anticipated Marvel's Avengers game by video game publisher Square Enix, which will release on May 15, 2020.  (Reaction to the trailer was decidedly mixed with a vocal crowd seriously concerned that the characters in the game bore little resemblance to the actors in the film franchise.)  According to Raciti, the most buzzed about game at E3 was Cyberpunk 2077, developed by CD Projekt, helped in part by a surprise cameo by actor Keanu Reeves at the Xbox press conference to promote the game in which he stars.  "The game dominated the conversation but there were a lot of interesting titles, in particular, Sam Barlow's Telling Lies, which takes interactive video storytelling, aka Netflix's Bandersnatch, to the next level," Raciti reports.

Despite the lack of some of the larger players, client interest was at an all-time high, with over a dozen of his clients choosing to attend, he notes.

Gaming continues to have a major impact our culture.  The success of Fortnite and its imitators seems to be boosting overall media consumption habits in certain demos.  e-Sports is being institutionalized and will continue to grow dramatically over the next two years.  A new generation of consoles and cloud gaming services will be released over the next few months.  The success of the Oculus Quest has revived interest in virtual reality as a potential consumer product.  Brands have a lot of incentives to stay tuned into and actively participate in this marketplace.

But the question remains:  In an age of high quality, immersive global video, how much longer can a physical, IRL (in real life) trade show that is centered around video clips and trailers of upcoming hardware and games rationalize the cost of a physical space and all the expenses, parties, swag and press events that surround it?