Is Marketing Mix Modeling Good for the Industry, or Bad? - Bill Harvey 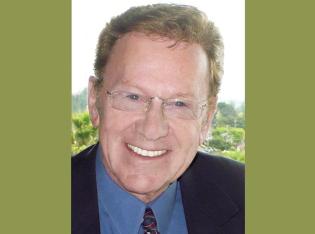 Get ready for this question to become a theme running through the trades and consumer press over the next few years. It will take a while to percolate up to the C Suite but it is today an unavoidable question. There is a mountain of evidence on both sides. The technique of marketing mix modeling has become so pervasive over the past two decades that every BTC company worth its salt is using MMM to make the biggest decisions it makes every year on the demand side.

With this much importance to the bottom line and shareholder value, MMM cannot help but slip into the spotlight now.

Its detractors level any number of objections at MMM:

· The analyst has too much subjective control over the results.

· Stimuli (media etc.) that vary the most geographically are easier to credit with the sales results than geo-flat media.

· A huge proportion of the variance is left unexplained.

· A GRP is a GRP regardless of the strength of the creative.

· The lens bias in favor of price promotion which is easily readable, versus advertising, whose effects need to be tickled out (causing shifts to promotion even though marginal incremental advertising has twice the profitability rate of incremental promotion, per IRI—40% of cases profitable vs. 20%).

· It doesn’t tell you how to get more ROI out of a medium, it just tells you that your current use of that medium gets a certain ROI—aiding allocation decisions across media types but not aiding the best use of each media type.

· MMM takes too long to get results—by that time, too late to do anything about it for that campaign and the next, tens to hundreds of millions more dollars somewhat misspent.

Its supporters generally defend MMM by showing that alternative equations are even worse.

Find a good seat to watch the coming battle—it will not only be interesting and visceral, the industry will emerge on the other end with improved tools, better understanding, internal communication channels somewhat opened up (though not enough), and generally healthier financial growth.

Bill Harvey has spent over 35 years leading the way in the area of media research with special emphasis on the New Media. As the 24 year-old strategy head of the American Research Bureau (now Arbitron), he invented the Area of Dominant Influence or ADI, an audience-based definition of television markets that Nielsen emulated as the DMA, and which was called by Sales & Marketing Magazine "the most widely used marketing tool in the world today". Bill can be contacted at bill@traglobal.com.