Is This Really the End of “American Idol”? (Plus: More “Nashville Star”?) 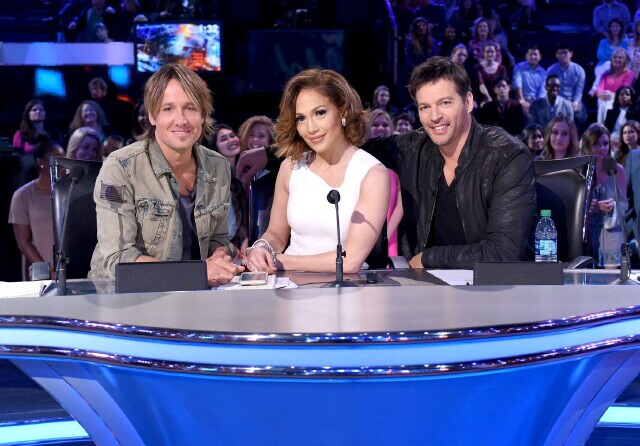 It’s hard to believe that three weeks from tonight we’ll be watching “American Idol” for the last time. It’s even more difficult to understand why the end of this once-formidable, game-changing powerhouse of a show, which even in its so-called dotage still brings in ratings coveted by executives at most networks, is feeling so rushed and anti-climactic. “Idol” ending in early April? What’s the about? Why hurry it off the schedule weeks before the all-important May sweeps period, which “Idol” handily dominated for more than a decade? (I have a theory -- see below.) Why cut two finalists a week during these last few shows -- shows that long-time, die-hard fans (and there are millions) are attempting to savor? It’s as if Fox can’t wait to get rid of it.

I say “as if” because I really don’t know what Fox is thinking when it comes to this show. All I know for sure is that something just doesn’t feel right about the whole “Idol” thing at the moment. Surely Fox could be better maximizing its final run, building to a monster special in May featuring a cavalcade of “Idol” alumni and music industry superstars that would in all likelihood command a gigantic audience. Other than “Empire,” which was sadly suffering a bit of premature erosion when it reached its midseason cliffhanger finale, I’m not really sure what Fox has in store for us in the remaining weeks of the season once “Idol” is gone. So, again, what’s the rush?

Can it be that another network – cable or broadcast -- is waiting in the wings to pick "Idol" up? That would explain why Fox would want it off its air before Upfront season kicks into high gear. Imagine if the grand finale of “Idol” were playing out on Fox during or immediately following broadcast’s big Upfront week in May and word was out that it would be moving to another network. Fox would then be promoting a competitor’s program in a huge way. That would sting.

More likely Fox is just trying to save some money, because another season with judges Keith Urban, Jennifer Lopez and Harry Connick Jr. (pictured at top, left to right) surely didn’t come cheap.  Or perhaps it was a matter of the judges’ availability. Regardless, decisions have been made to accommodate the few rather than the masses that embraced this show during the summer of 2002 and haven’t let go. (I continue to believe that one reason Americans made this show such an instant success at that time was because it was so fresh and uplifting, which was exactly what we all needed in those grueling months after 9/11.)

There’s no denying the fact that “Idol” is feeling somewhat played out at this point. I’m going to blame that on its focus these last six years on superstar celebrity judges at the expense of the wannabe future superstars on its stage. Certainly the show’s biggest stars (Kelly Clarkson, Carrie Underwood, Jennifer Hudson, Clay Aiken, Chris Daughtry, Katharine McPhee, Fantasia Barrino, Adam Lambert) came from its earlier years (when Simon Cowell, Paula Abdul and Randy Jackson were the reliably discerning and entertaining judges), nor the fact that many of its lesser alumni from that time (Diana DiGarmo, Kellie Pickler, Jordin Sparks, Constantine Maroulis, David Archuleta, David Cook, Scotty McCreery and many others) continue to enjoy healthy careers.

Thoughts of “Idol” ending without the proper fanfare have me thinking about the late, lamented, live country music competition series “Nashville Star,” which began life in 2003 on USA Network (where it fared very well for five seasons, the first two on Saturdays and the latter three on Tuesdays) before a disastrous and ultimately fatal move to NBC in the summer of 2008. (I recall being told at the time that a decision had been made with its move to NBC to take much of the “country” out of the show and make it accessible to a broader audience. Worked like a charm, didn’t it?)

This was the show that introduced Miranda Lambert (as a contestant in Season 1; she came in third). It also in its fifth season gave Blake Shelton his first gig as judge on a music competition series. And it was the launching pad for another enduring country star, Chris Young, the winner in Season 4. (He’ll be among the headline performers on CBS’ telecast of the Academy of Country Music Awards on April 3. In a personal best of sorts, he has been nominated for four awards.)

Tellingly, “Nashville Star” was the only “American Idol”-inspired singing competition program on any network (and there were many) that did not suffer a fast death and/or prove to be a total embarrassment.

I attended many telecasts of “American Idol” over the years, as well as a few live “Nashville Star” shows. Looking back I can honestly say that the best performance I saw at any of them was by Young, who sent chills through the audience at Nashville’s Acuff Theater (the historic venue from which “Star” was telecast during the show’s first five seasons) with his rendition of “Drinkin' Me Lonely” (see video above).

Just as I can’t quite believe that there is no longer a place on television for “American Idol,” I can’t help but believe that there would be an audience for a rebooted “Nashville Star.” Just consider how the crossover popularity of country music has exploded in recent years – um, ever since NBC oversaw the ruination and cancellation of the show. It would seem that if NBC had insisted the show remain properly countrified it might have had a long-running winner on its hands. There's no time like the present to try again.