Is This the End of the Fall TV Season? Or the Start of Something Else? 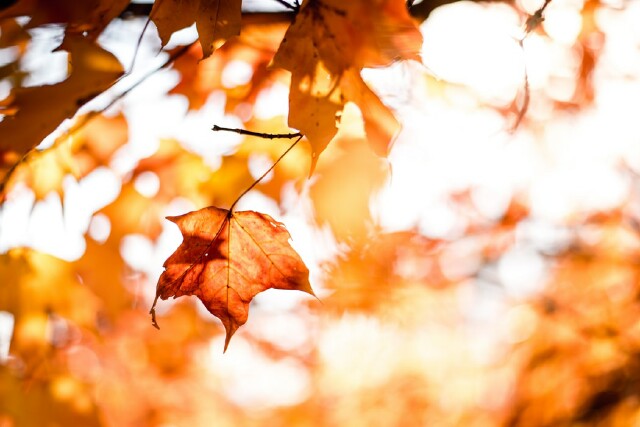 Fall is in the air, but not on the airwaves, at least in the traditional sense. We all know why. Call it the wrath of COVID-19. As in other areas of the television industry and every other business, everything is changing, and nothing is the same. The questions are, “Will there ever be a recognizable fall season again?” and “Is that a bad thing?” My respective answers are “probably not” and “no.”

On March 6 I published a column titled “Have We Seen the Last of Upfront Week?” It was tied to cancellations of events by Fox News and Freewheel amid rising fears of coronavirus, which was in its very early stages. Seven months of cancelled seasonal events for the media have followed, and the end date for quarantines and compromises remains evasive to all. Circumstances prevent us from saying for certain whether the 2020 Upfront season ultimately progressed to anyone’s satisfaction without the dozens of annual presentations and parties that define it for so many.

Instead, the industry continues to innovate and redefine how it does business, all the while finding ways to stay alive and attempt to thrive. The result has been a new approach to something very old. In a safer, saner world that wouldn’t be so terrible. I feel that the “traditional” Upfront season had in recent years slipped way out of alignment with how executives conduct business and how people consume content. It is entirely possible that, given the severity of the big break from tradition this year, anything resembling the collective Upfront Week extravaganza may not return. It may be replaced by different events at different times during the spring, but who can say? Digital publishing and social media now make information about new and returning series and network schedules available to advertisers, not to mention the public at large, before those events take place, anyway.

For now, the annual fall television season is underway, such as it is. Despite the Herculean efforts of certain consumer publications to try to generate some sense of overall excitement, though, not much is happening. Is this due to the pandemic, or the fact that the traditional fall season is as outdated as Upfront Week, or both?

Many cable networks and streaming services don’t bother to align their business or their outreach with the old broadcast model. Most of them, especially the streamers, have done just fine during our endless bummer of a summer and are continuing to do so. I suspect they would do so even without a pandemic keeping people at home. For cable and streamers alike, every season is fall season. Every month is important. They don’t blow out most of their new product in one autumnal or midseason blast. They keep it coming all year round.

And now, the broadcast networks are doing exactly that, or putting forth a very close simulation of same. (I should note, that in terms of gearing up certain productions and reinforcing schedules during what has snowballed into a devastating pandemic, they all deserve praise, regardless of how one feels about the traditional season.) In recent weeks NBC has offered the final exciting episodes and season finale of its annual summer sensation America’s Got Talent, the season premieres of The Wall and American Ninja Warrior and the premiere of the revamped The Weakest Link; the arrival of ABC’s Dancing with the Stars (with new host Tyra Banks), and the return of CBS’ reliably escapist Big Brother and Love Island, among much other new and/or carefully packaged repurposed programming on the Big Three. Meanwhile, there is sudden new life across the board at Fox, where a combination of returning unscripted shows such as The Masked Singer and a number of scripted series once intended for midseason but wisely held back have been put together to resemble a “fall season.” Together, their efforts have kept broadcast television alive. (Sports, along with coverage of the upcoming political debates and presidential election chaos, should also keep them kicking.)

The point is that broadcast is on the one hand having a fall season despite everything that has happened, and on the other, it isn’t, with new and returning series scheduled to roll out not in the days ahead, but rather the weeks and months to come. Indeed, this is actually the preferred model of The CW, which seems always to be ahead of the curve in matters concerning broadcast and digital. Years ago it began delaying its new and returning shows until October, in order to avoid competing with the giant death match in which CBS, NBC, ABC and Fox engage.

Further, The CW has for years been adding a selection of new scripted content to its summer schedule. It did so again this time around. To put this another way, on The CW new series premiere throughout the year, unencumbered by an outdated model and stale traditions. The punishments of the pandemic may find the other networks following suit. We’ll see what 2021 brings.