It's All About the Being the Best. Experiencing the Disney Roadshow Upfront. 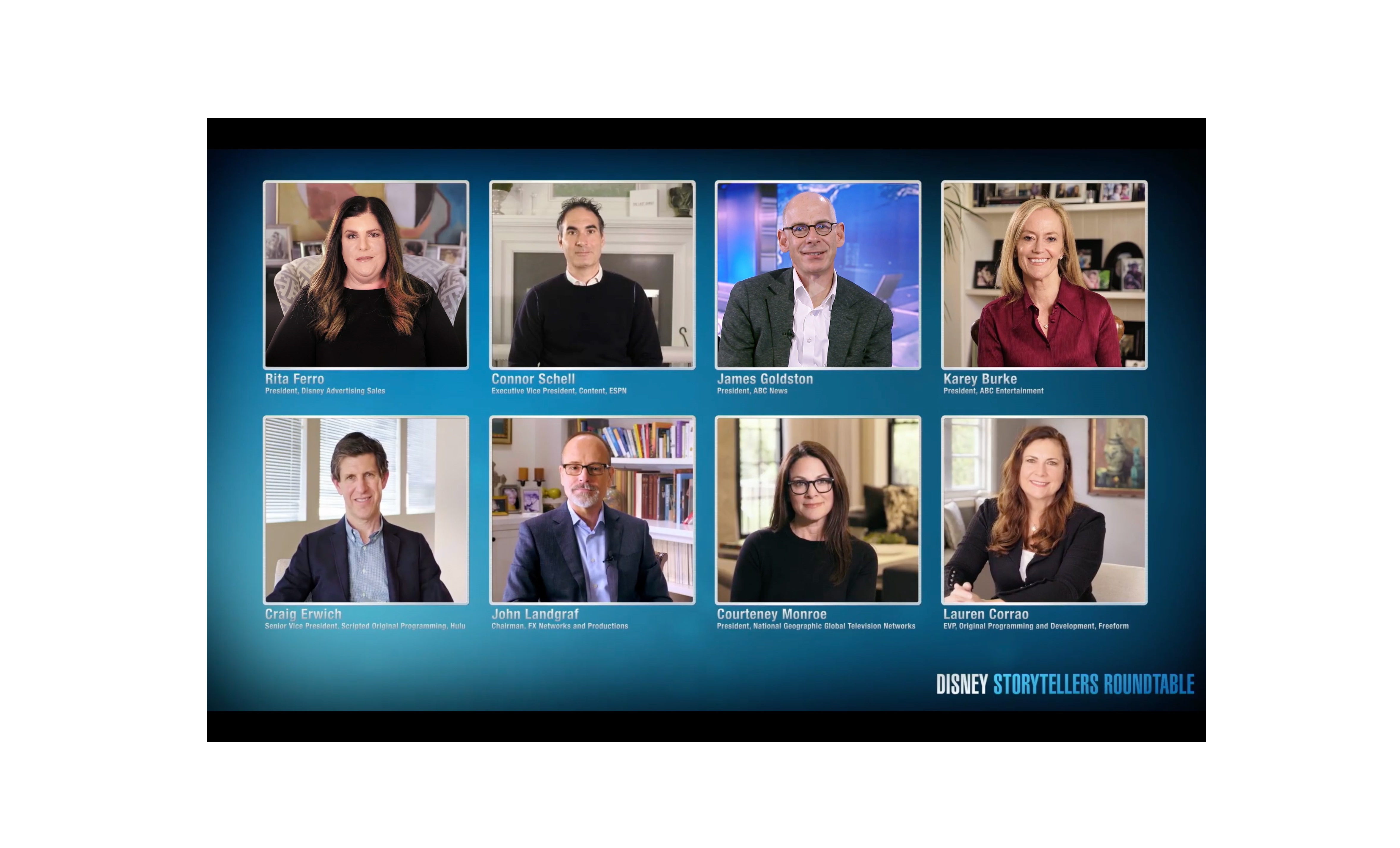 There is a new normal in media and that is the virtual Upfront. This week the Disney Roadshow introduced their slate of programming with a cheeky nod to the shelter-in-place state of the industry at a time when we really want to get together and enjoy new programming offerings at a fabulous venue. Okay so it is not Lincoln Center, but it is nice to attend this year's event in pajamas.

For Rita Ferro, President Disney Advertising Sales, this time of crisis has brought out the best in her company. "The events of the world have been a catalyst for innovation for all of us, leading us to new ways of working, and a recommit to purpose," she began. "Unlike any other media company, Disney resonates on the deepest human levels awakening and celebrating our individual and collective spirits guiding us through the low moments and rocketing us to now highs, giving us hope for the future," she added.

It's All About Programming

"These brands are fueled by an unrivaled roster of award-winning owned production studios that are the best in the business," Ferro noted, "an enviable portfolio of sports rights and a pioneer that is the clear leader in streaming television." Each network executive noted that during this time of uncertainty, there is an opportunity for innovation through the range of platforms and devices as well as through creative storytelling that spans all moods and emotions. With the vast selection of Disney properties, viewers can satisfy any interest and type of entertainment.

It's All About the Advertisers

Viewer engagement and enthusiasm is reflected in the numbers. Disney's reach, according to Ferro, is 284 million people a month, engagement with, "two of three people on the internet," with a young audience who have, "elevated expectations for the formats and types of commercial messages they see from brands." Disney also boasts, "the most robust audience targeting solutions in premium video and the most innovative brand integrations in the business." Last year, Disney introduced Luminate which is Disney's suite of advanced advertising solutions. This year, Ferro noted that, "we have a number of important updates to announce across data, linear addressability, attribution and automation."

A notable advancement is the addition of Hulu data to Disney's first party data. It will be used to model hundreds psychographic and behavioral attributes, "to meet the needs of specific industries," and "span our entire addressable platform." In the area of automation, Ferro explained that, "we are enabling a unified programmatic approach that allows the use of your audience data for enhanced targeting as well as the ability to measure and manage brand frequency across the total Disney digital platform."

Disney also offered attribution solutions. "We are now providing an end-to-end attribution solution that spans both linear and digital," enabling the measurement of specific KPIs from purchase intent, point of sale, creative effectiveness and time spent with the brand. Collecting all of their data into one platform enables them to create over 650 audience segments both on individuals and on unified households built on the Disney ID Graph.

In terms of advertising creative execution, Disney has a creative in-house team which offers advertisers the ability to holistically, as Ferro explained, "take a core concept and find authentic ways to execute across sports, entertainment and streaming." This with the addition of the knowledge gleaned from the data, has the ability to deliver an end-to-end solution for advertisers.

It's All About the Audience

Viewer behavior has also added to Disney's value with more co-viewing taking place at this time. Disney reports that their reach is higher than any other media company at 65 billion hours consumed every year. Further, in live hours, their programming wins one out of every three nights.

In the streaming sector, the addition of Hulu to the Disney portfolio has significantly grown among young and engaged viewers who binge more, have more devices and crave more control through on-demand and personalized experiences. According to Disney, viewers under 35 watch nearly two times more streaming TV than those over 35, with 2/3rds of them exposed to ads on Hulu that they did not see on any linear network.

Digital's future looms large and Disney's digital portfolio boasts more than 150 million users each month, generating over 5.7 billion video views, second only to Google in size, and placing it among the top five networks in reach.

It's All About the Delivery on the Promise

There will be those who think that the creation of new content - programming and advertising - will be stymied by the pandemic but, as founder Walt Disney stated, "The way to get started is to quit talking and begin doing." And that is exactly what Disney is all about today.