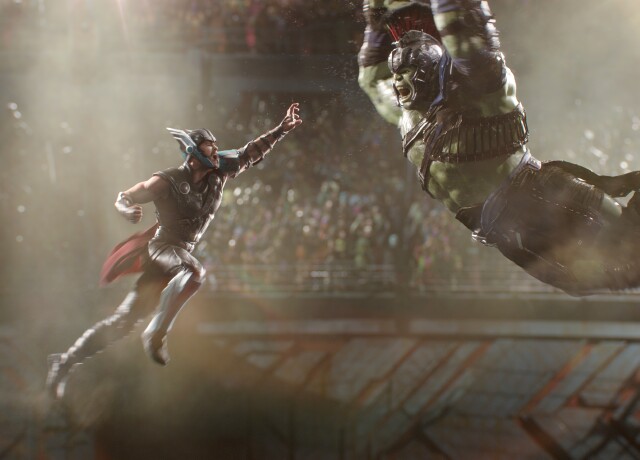 With summer officially over, autumn half way to the finish line, the holiday season movie release calendar sitting on my desk and me writing this as I finish off my Halloween candy, I can’t help but think about the old saw that, “moviegoing is seasonal.”  That is, until it isn’t.

The studios have been releasing big movies throughout the year for a while now, so while it may not have been a hot summer at the box office, as the leaves fall and the days get shorter, there is much in the 4th quarter movie pipeline that has us in the industry excited about seeing longer lines at the theater.

To begin with, September grossed nearly 11% more at the box office than a year ago, powered by the record-setting Stephen King adaptionIt and Kingsman: The Golden Circle.  It was also the second-highest grossing September in more than 15 years.  But it’s not just about the box office, it’s about the audience too.  September 2017 had the highest:

And while October may have been a disappointing month at the box office (even though 2017 was the biggest year in horror movie history), we can’t underestimate the impact propagated by what some meteorologists are calling “the most extreme” U.S. weather month on record.  Moviegoers couldn’t get to the theater to see Geostorm because they were too busy battling real-life natural disasters like wildfires in the west, hurricanes in the south, heavy rainfall in the northeast and a pre-winter blizzard that socked the upper mid-west and Great Plains states.  This unique confluence of meteorological disasters that all intersected in late September and throughout October certainly had an impact on movie attendance across the country.

But it is heartening to know that Hollywood has big plans to take our collective minds off our trials and tribulations with a spate of major holiday season releases coming soon to a theater near you.

Up first is A Bad Moms Christmas, which opened last week on November 1.  The original Bad Moms broke the mold as an R-rated comedy geared toward women with a total box office take of $180 million.  This time around the film is having a wide release in over 3,600 theaters and grossed $21.6 million in its Wednesday-Sunday opening “weekend.”

Thor: Ragnarok (pictured at top), in wide release across 4,080 U.S. locations, 3,400 3D screens and 391 Imax screens, steam-rolled over anything in its way this weekend with the fourth best opening weekend at the box office for 2017 by taking in $121 million in ticket sales.  The Disney-Marvel mega-hit opened in a little over half (52%) of all foreign markets last weekend and has now grossed $306 million internationally.

In China, second only to the U.S. in movie ticket sales, Thor set a record with $55.6 million for a November opening, clocking in some 8% higher than the previous title holder, Guardians of the Galaxy Vol. 2 and 23% above that of Doctor Strange.  Disney is speculating that Thor: Ragnarok could spark the biggest overall November in Hollywood history as it has grossed nearly half a billion dollars (i.e. $427 million) worldwide in less than two weeks!

Some other November releases of note include the long-awaited Justice League, Murder on The Orient Express and Coco, the latter coming from perennial sure-bet studio Pixar.  And, of course, December brings Star Wars: The Last Jedi(pictured above), Jumanji: Welcome to The Jungle and Pitch Perfect 3.  All of these titles have blockbuster social media followings and great marketing juggernauts behind them that could help catapult 2017 past Hollywood’s gangbusters’ 2016.  Could 2017 be another record-breaking year at the box office and with the American moviegoing public?  Sit tight; we’ll know soon enough, but until then that’s the kind of movie sequel I would get in line to see!