It's Time to Split Planning from Buying – Brian Jacobs 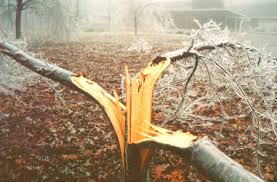 In the beginning there were media buying agencies. In fact, somewhat disappointingly here we are 40 odd years later and this is still the descriptor used by most clients to describe the organizations responsible for handling their media budgets. All that investment in people, research, tools and techniques and they're still "my media buyers."

Of course there was media planning but that was always the soft underbelly of the operation; the bit that won the awards; the bit the trade press got excited about; the bit paraded at conferences and at new business pitches; the bit that filled in the silence that would otherwise precede the words: "Look, we're going to buy it really cheaply, cheaper than anyone else."

As one buying head of my acquaintance once put it to one of his agency's planning team: "You may win the business; but we make the money."

Agencies have always found it hard to charge for planning. Clients don't really understand it, or to put it another way, agencies have failed to convince them of its value. On the other hand everyone understands "cheap."

The trouble is in the fully accountable, always on, hugely complicated digital world we are all in, not everyone understands "cheap" after all. Because "cheap" can, it turns out, mean non-transparent. It can also mean a lack of control, and oddly a lack of accountability -- at least on the metrics historically used to measure such things (like media audits).

Because even if agencies haven't been so good at charging for planning they are and have always been extremely good at making margins on the buys. The Australian piece here explains some of the many ways agencies make money far better than I could.

And so we arrive at a situation where agencies in the round are not trusted by their clients. Not all clients know quite how what's been going on for years goes on, and many -- let's be honest -- have no particular interest in blowing the whole game wide open even if they do know chapter and verse. But the situation has changed from a few agencies making a bit on the side in lieu of fees or commission, to huge holding companies in some cases choosing not to reveal how and where their clients' budgets are being spent.

In the last few weeks I've been approached by two mid-sized clients both very happy with their media agencies (for the sake of clarity I am using that term to mean the likes of Mediacom, or Starcom, although not those specific agencies) and at the same time very unhappy with their agencies' trading desks.

The clients' frustrations are not eased by being kept at arm's length from the traders by the agencies. Neither agency feels able to intervene in any dispute on trading practices; in fact both agencies admit they don't really understand the issues, and anyway these are matters decided at a corporate level. In other words, the agency account team (or even the agency management team) feels unable to engage with its client.

So we have clients dealing with account teams they like and respect, but a large part of whose work they don't pay properly for, and who are unable to help them overcome fundamental issues with their trading arms where the money is made. This can't end well.

It was always argued by the agencies that splitting the buying of a campaign, its execution, away from the planning was inefficient. It's starting to look both inevitable and the only way that the media agencies as we once knew them can survive.

agencies; from traditional single-commercial-channel TV to multi-faceted digital channels; and from media planning to multi-disciplinary communication planning. Brian can be reached at brian@bjanda.com.