John Landgraf at TCA: “We’re Ballooning Into a Condition of Over-Supply” 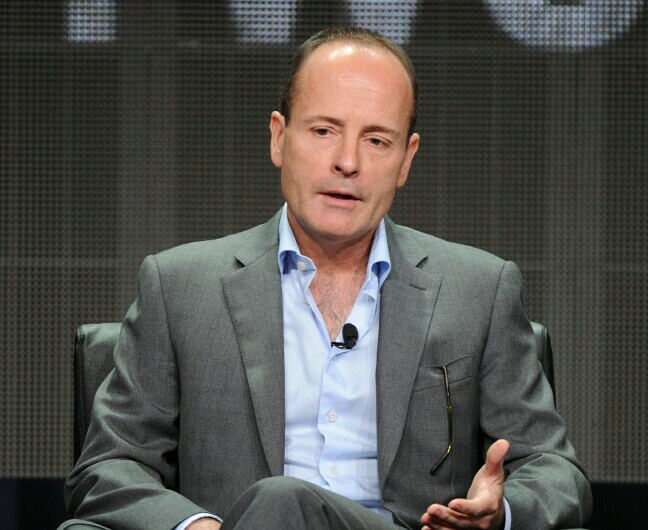 Beverly Hills, CA – As always, FX Networks during its day at the Summer 2016 Television Critics Association tour filled its schedule with a compelling selection of new and veteran series, including upcoming FX comedies “Better Things” and “Atlanta,” returning FX dramas “The Strain” and “The Americans,” returning FX comedy “Sex&Drugs&Rock&Roll,” returning FXX comedy “You’re the Worst” (one of the TCA’s best-loved series) and a most unusual hindsight panel with cast members and producers from the limited series “The People v. O.J. Simpson.” (Excluding revisted classics, this was the first time in the 25 years I have been attending TCA tours that any network put together a panel for a program that was fully in the organization’s rear-view mirror. It proved to be unexpectedly engaging and informative.) But, again as always, the top session of the day – and also one of the top sessions of the entire tour – was the press conference with FX Networks and FX Productions CEO John Landgraf.

“In the 12 years I’ve been at FX, I don’t think we’ve ever had a better first half of a calendar year than 2016, and I know we’ve definitely never had a better traditional broadcast year than the 2015-2016 season,” Landgraf declared, clearly thrilled with the record four TCA Awards the network received on Saturday, along with many recent honors from the AFI and the Broadcast Television Journalists Association. And then there’s the little matter of the 56 Emmy Award nominations FX just received – a record for a basic cable network.

“That Emmy nomination total, which is more than Netflix’s, is stunning to me,” he admitted. “Our Emmy nominations were mined from only three program categories -- Drama, Comedy and Limited Series -- with only 14 total shows submitted for consideration. HBO and Netflix program to virtually every possible Emmy category, and each of their Emmy boxes contain 39 programs, nearly three times the number of FX submissions. On top of that, our programming budget is approximately one third of HBO’s and about one sixth of Netflix’s. To me, this is a testament to the notion that excellent programming is not ultimately about big data or algorithmic recommendation or even necessarily about the brute force of huge programming budgets or having a vast number of programs.”

So when it comes to scripted television how much is too much? Landgraf – the man credited with popularizing the phrase Peak TV -- had much to say on the subject.  “I and we at the FX Networks have always believed that great storytelling is best fostered in a uniquely personal and human-scaled context,” he said. “The storyteller has to come before the story and the story has to come before the data or the money or the competitive ambitions of the organization. Television shows are not like cars or operating systems. They are not best made by engineers or coders in the same assembly line manner as consumer products which need to be of uniform size, shape and quality.

“Every single television show and every great episode of every great television show should on some level be one of a kind, and every creator needs and deserves personal relationships and an attention to detail that takes its direction from inside their vision as a storyteller -- from everyone at their partner network or brand, across all dimensions of program development, current programming, scheduling, publicity, marketing, production, etc. If an engineer or a coder does their job brilliantly, then every jet engine coming off a line is precisely and reliably the same and every user who visits a site has the same perfect, qualitative experience. If FX and our storytelling partners do our job brilliantly, then every series and every episode is graded in its own unique and, at best, surprising way.

“The fact that we at FX know this, that we accept it, and that we admit it publicly remains one of the underlying secrets to our success in fostering the work of talented storytellers.”

Last summer, Landgraf stunned the TCA by pointing out that year-to-date in 2015 there had been 304 scripted series in all of television. So far in 2016, he revealed, that number has increased to 322. Interestingly, among the broadcast networks there has been an increase of only one series, from 117 to 118; among premium cable again an increase of only one show, from 24 to 25, and collectively the basic cable networks are down, from 139 last summer to 130 shows so far this year.

The increase is wholly attributable to online programming services, up from 24 to 49 original series year-to-year. Add announced series that have yet to premiere into the equation, Landgraf said, and the increase among streaming services is even more dramatic -- especially for Netflix, which this year has premiered and/or announced 71 adult scripted original series (not counting children’s fare or foreign language series). “For reference, that’s more than the announced future output of HBO, Showtime, Starz and FX combined,” Landgraf said.

“You could give me all the money in the world, and I could not make an organization that could supervise 71 shows [with] anywhere near the same level of personal attention and the focus that we give to the 20-ish shows that we are going to make,” he continued. “I wouldn’t know how to do it. So it’s just a very, very different business model. It obviously does create some excellent shows.”

Counting Netflix, Hulu and Amazon, plus smaller online services like Crackle, Seeso and Vimeo, streaming services should collectively reach a combined output in 2016 of 130 scripted series, approaching English language broadcast television’s recent full year total of around 150 original scripted series, Landgraf continued.  That means “the total number of adult English language scripted TV shows premiering in the U.S. during this full year should be in the 430 to 450 series range,” he said, adding that, given projected increases, that number “should approach or slightly exceed 500 scripted series for all of 2017.”

Landgraf expressed confidence that there will be a decline in scripted output in 2019. “I think we’re ballooning into a condition of oversupply which will at some point slowly deflate, perhaps from 500-plus shows to 400 or a little less than that,” he said.

“One of the reasons that I think the condition of television making more than 500 original scripted series is probably unsustainable is that, as best we can guess, when you average out the per-hour cost of every one of those television shows … the cost of making and marketing an hour of television in America today is more than $4 million,” Landgraf continued.  “It could be somewhere between $4 and $5 million.