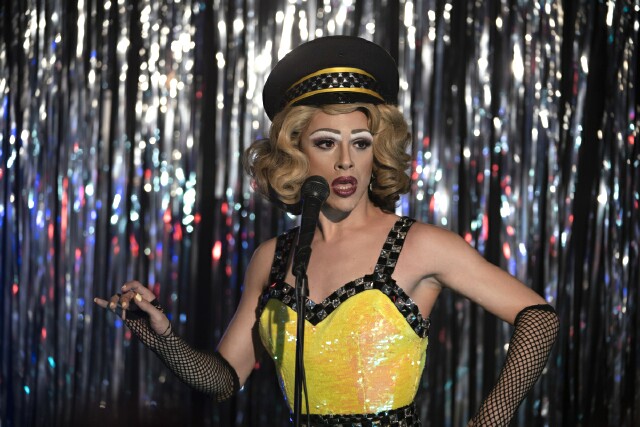 After the many DC superhero dramas that executive producer Greg Berlanti and the team at Warner Bros. amassed over the years on The CW, Riverdale stood out amongst the properties as something very different.  The iconic, wholesome Archie Comics characters went from chipper and clean-cut to smoldering and seductive in what would become a bloody hit, first on cwtv.com and then on the linear network itself.  After three seasons and all kinds of talk about spin-offs, a companion series finally took shape.  Enter Katy Keene, which follows four young hopefuls pursuing their dream careers onstage, in fashion and in music in New York City.

Just from the pilot, which a select audience of die-hard fans got to experience at the 3rd annual BroadwayCon in Manhattan last week, it is clear that although it is set in the same “universe” as Riverdale, Katy Keene could not be any more different from its predecessor.  The bright and perky musical dramedy takes an entirely different direction from the dark and twisty confines of the title town in  Riverdale and the sinister supernatural goings-on in nearby Greendale on Netflix’s Chilling Adventures of Sabrina, another series in the growing Archie franchise. 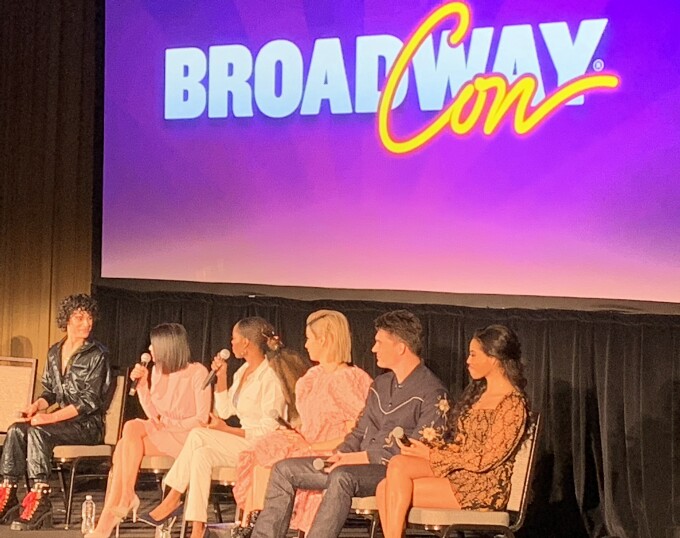 At BroadwayCon, I sat down with rising star Jonny Beauchamp (pictured at top and above left) who plays Jorge, an aspiring Broadway actor who also performs drag under the guise of Ginger.  He shared that he never imagined his career going this route.  “I grew up in theater,” he said.  “That was my lane.  I never dreamt that I could possibly be on television or in movies.  It was sort of a pipe dream.  I thought that I was, much like my character, a little too femme, a little too short, a little too gay, a little too Latin,” he laughed.  “And then something happens in the atmosphere and you have this amazing moment when writers put pen to paper and craft this amazing character that I so feel is in my body.”

The CW’s mission has always been to advance diversity and inclusivity, in its programming and it’s marketing.  With the character of Jorge/Ginger, Katy Keene is also starting an important conversation about the differences in culture within the LGBTQ+ communities of color.  In Jorge/Ginger’s case, it’s all about a Latinx family.

“One of the best things [about Katy Keene] is that it completely ignores token culture” Beauchamp explained.  “I’m not a token character.  I’m not just playing this silly, frilly gay character who does hair and loves Broadway.  I get to be a fully fleshed out human being with a family.  There’s love in that family and there’s also tension and conflict there, too.  I know I’m not the only one who has gone through something like that and I know that there are a lot of people who will feel seen and represented in that capacity.”  (Beauchamp is pictured below, third from left, with co-stars Ashleigh Murray, Lucy Hale and Julia Chan.) 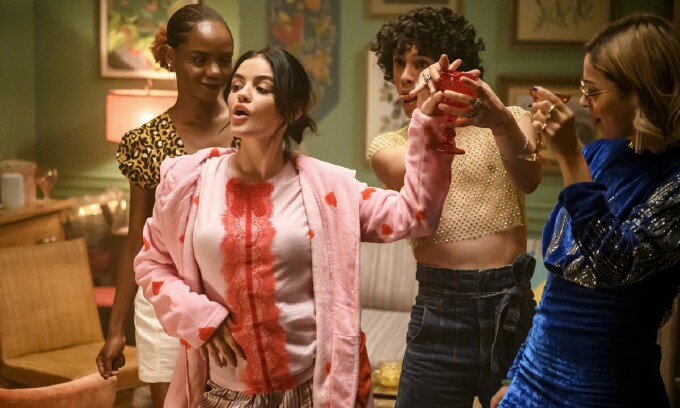 We also talked about the impact his character will have on young men in the LGBTQ+ community, especially men of color, who may not have seen themselves portrayed accurately or respectfully onscreen, or not in a positive way, nor in a main role.  Few other television projects come to mind beyond FX’s Pose and Netflix’s Queer Eye.

“The cherry on top of it all is that I get to play a boy like myself from New York doing all of the things that I was trying to do when I was his age -- and I get to sing while I do it,” Beauchamp said.  “I’ve always wanted a project like this.  I’ve wanted to showcase myself in this way because it’s what I love the most.  Sometimes you’re in the right place at the right time and you’re just broke enough and scared enough to jump in head-first, and the rest is history.”

Katy Keene is telecast Thursday at 8 p.m. on The CW.