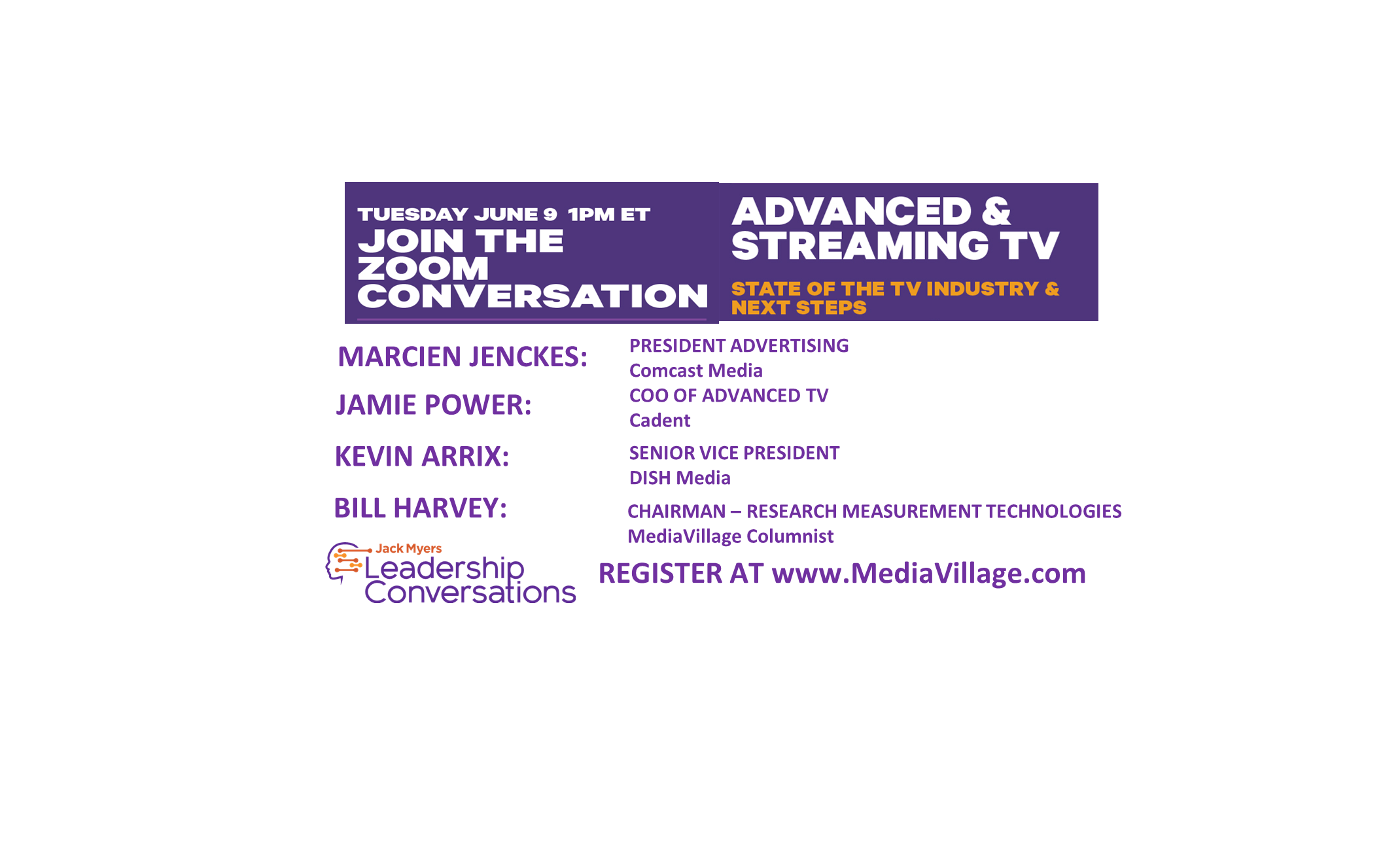 Will COVID-19 Move Advanced & Addressable TV Forward or Backward? That is the title of a Jack Myers Leadership Conversation on June 9 in which I will be a panelist along with Comcast's Marcien Jenckes, DISH's Kevin Arrix, and Cadent's Jamie Power. At that event we will be giving our individual views on that question and many others, including:

Advanced & Addressable TV is a complex category that contains:

I confess I have a special place in my heart for Addressable TV, as its inventor in my Media Science Newsletter on November 15, 1979, and in technology form in the 1990s through my company Next Century Media (NCM). The medium was a long time in coming to scale, to say the least, but it's here today, with at least 80 million U.S. households regularly receiving some form of it. Soon it will be in virtually every home in the country. 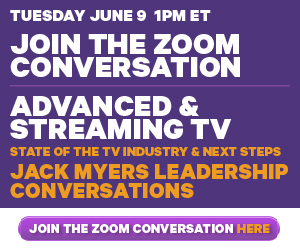 Erwin Ephron loved Addressable Commercials. His main concern was brand advertising continuity, something that is not being achieved for the most part, as brands use flighting to avoid spending more in TV. Erwin considered this a big mistake, as do I, and we are not alone; subjective judgment is what causes brands to think that it makes sense to not be on TV 52 weeks a year – part of the pennywise pound-foolishness that degrades marketing effectiveness. Erwin felt that the main contribution that Addressable TV would make would be the enablement of being on TV 52 weeks a year at least in the most valuable homes to the brand, including the high profit loyals/promoters as well as the most responsive occasionals/incrementers which I later at TRA called Heavy Swing Purchasers. Today, in the COVID-19 thrall, marketers are cutting back ad spend rather than letting more employees go, even though they know that brands that do not cut back during crises gain long-term advantage. One thing is clear: those brands should use Addressable TV to not cut back in their most valuable customer and prospect households.

One graphic from the 90s NCM files which is still relevant today is the Cube of Advertising Value, presented below. It shows that all media deliver advertising value in proportion to three things: sensory impact, targeting, and ability to capture real time response. In a way, this Cube predicted the vast success of digital, and could have been TV's in the 90s, had they only listened and acted then as they are today. 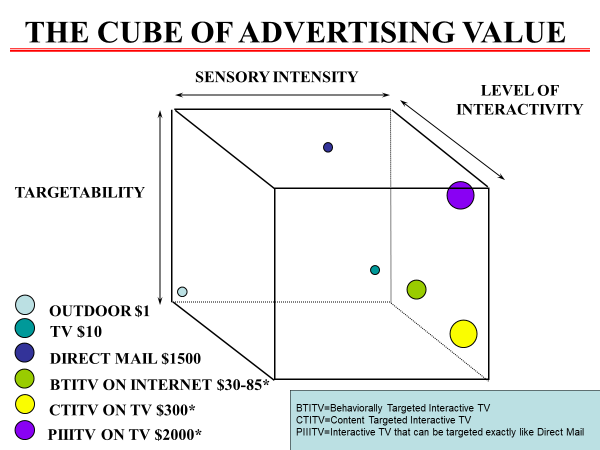 Hope you'll attend the June 9 event and add your questions and comments to the Leadership Conversation. Register Now.