By Steve Gidlow November 22, 2019 Behind the Scenes in Hollywood Archives 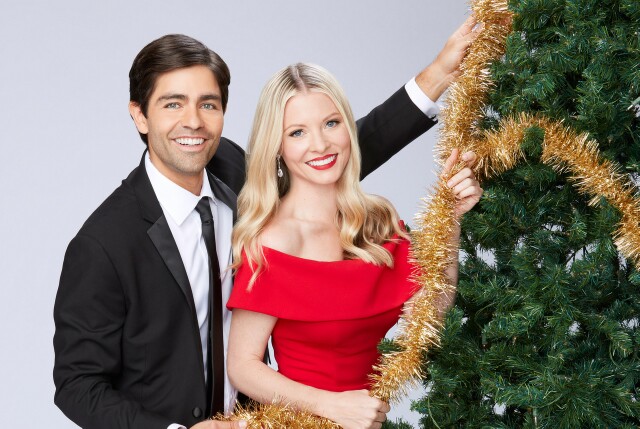 After emotionally demanding roles on Nashville (on which she played a mother separated from her son) and Empire (which came to a violent end when her character was pushed off a balcony), Kaitlin Doubleday returns this weekend to her happy place, Hallmark Channel, with the premiere of Christmas at Graceland: Home for the Holidays. It’s her first Christmas film on the network in seven years (March Sisters at Christmas was the last, in 2012).  The change of pace was a welcomed one.  “My character, Harper Ellis, is definitely different from my last two, a mother in crisis and an entitled Macbeth-type schemer,” she laughed during an exclusive interview with MediaVillage.  “It was nice to play something closer to home. I do feel this character was pretty easy as she wasn’t in crisis.  I just got to play off (co-star) Adrian Grenier’s character and the kids [in the film], along with Hunter’s passion for Graceland and Christmas.  It’s a sweet story and it was a fun atmosphere to be shooting in.  (Doubleday and Grenier are pictured at top.)

“It was also my first job back after having a baby nine months ago,” she continued.  “Hallmark is a really wonderful company to work for in that aspect.  They were really sweet.  It was just a warm atmosphere.  Our director, Eric Close (one of her co-stars in Nashville) is such a sweet, kind guy, so it was fun and light and easy.”

Harper Ellis is a world-traveling museum curator who returns to Memphis for some family time over the holidays and to interview for a position at a London-based museum. While she eagerly awaits the news of her appointment, she fills time by taking an au pair position for wealthy widowed entrepreneur Owen Reed (Grenier).  While the two couldn’t be more different -- he’s structured, she’s spontaneous -- as they get to know one another, the attraction is undeniable.  In addition to her au pair duties, Harper also agrees to produce an Elvis exhibit for Priscilla Presley (who makes an appearance), whom she knew from her days as a Graceland tour guide.  As her relationship with Reed, develops, Harper soon she realizes she might not just be home for the holidays, this could be a more permanent arrangement.  But she’s just not sure if giving up her career right now is the right move. 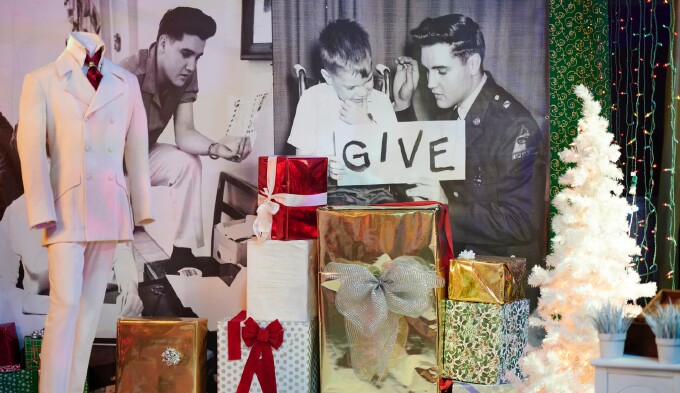 “Shooting in Graceland was fascinating,” Doubleday said of the film's locale.  “I wasn’t a huge Elvis fan, my dad was, and I never really quite understood what the obsession was until I did the Graceland tour.  That gave me a completely different understanding of just how special he was.  I think the talent, the looks, the charisma and the personality mixed in a way that only happens once in a lifetime.  There are few people that are that special.  But Elvis really was that special.

“Even the way he gave back, like buying cars for people at a local car dealer,” she added.  “He constantly gave back and was obsessed with Christmas.  Imagine the biggest celebrity in the world, but also a family man who wanted to be at home at Christmas with his mom.  It was fascinating to get that understanding of why people are enamored with him.  He was just a special human being.” 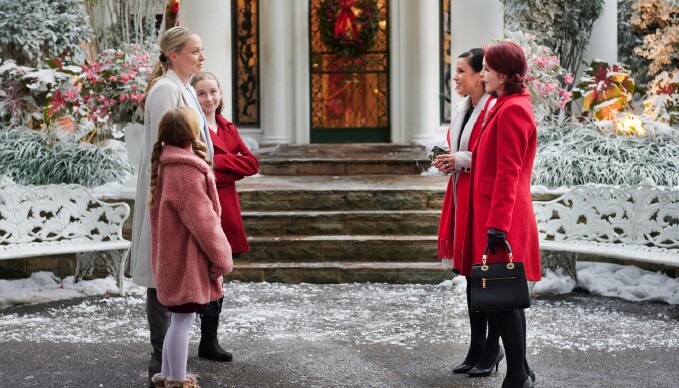 Another thrill for the actor was getting to work alongside Priscilla Presley (above, right), who provided some moments Doubleday will never forget.  “Priscilla is like the sweetest woman alive,” she enthused.  “At one point she was literally sitting on [Elvis’] mother’s bed -- it’s all roped off – and she invited me to come to sit with her.  It was crazy!  She explained how to her, Graceland felt like a time warp and it’s like she never left.  We talked about many things, like if she was lonely when she lived there, because she was so young, and living with the most famous person in the world.  She told me there were some tough times, she was lonely, but they were very much in love.

“I really wanted to get a picture with her, which is something I never do,” she continued.  “I was too embarrassed to ask her during the first two days of shooting, then of course I did, and she couldn’t have been sweeter about it.  I hated the pictures and asked if we could retake them.  She was so adorable about it, and said, ‘Take as many as you want.’  She was so down to earth.  It’s weird that millions of people come to her old home, and she’s just so normal.  She shares some true stories in the movie about her Christmases with Elvis.  It was very special.  I’m now an official Elvis fan!” 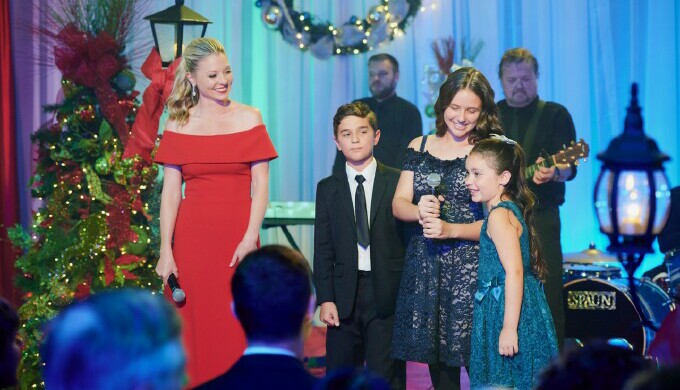 Doubleday also gets to display her vocal ability’s in the film, contributing to its soundtrack.  “I sang growing up, and did a little on Nashville,” she shared.  “That also excited me because I’m obsessed with Christmas carols.  I had a blast doing those and I got to do a couple of different versions, with the kids, without the kids and a duet with Adrian.  I liked that the story was kind of an updated Memphis version of The Sound of Music, which is a movie I was obsessed with growing up.”

For her next project, Doubleday is continuing her association with Hallmark Channel. She’s headed to Iceland to start production on Love on Iceland, something she’s excited about.  “It’s Iceland and not Vancouver doubling for Iceland,” she explained.  “This is the time to see the Northern Lights, and our locations are insane!  I am so excited and appreciative of the Hallmark family for the opportunities they’re giving me.”

Christmas at Graceland: Home for the Holidayswill premiere Saturday, November 23 at 8 p.m. on Hallmark Channel as part of its annual Countdown to Christmas programming event, celebrating its 10th anniversary this year.