Kay Koplovitz: A Springboard for Advancing Diversity. To Be Honored During CES. 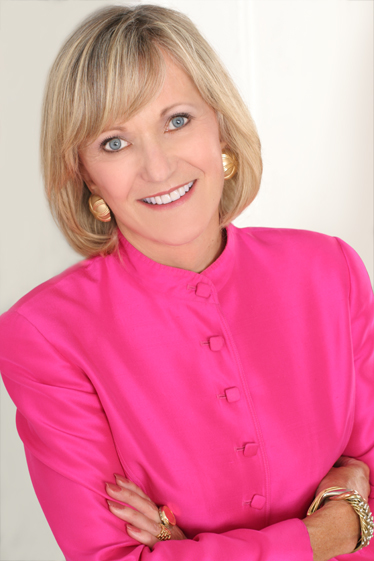 As many in the media world know, Kay Koplovitz is a visionary who helped build the cable industry from the ground up.  She co-founded the Madison Square Garden sports network, transformed it into USA Networks, which she led for years as the first female network president in television history, and also launched Syfy (formerly Sci-Fi Channel).

What people may not know is that she has followed her illustrious cable career with an equally impressive one.  Koplovitz (pictured below) has parlayed her pioneering efforts as a woman in the male-dominated nascent cable industry to helping women entrepreneurs achieve parity in both the opportunity and investment needed to launch their own businesses.  As Chairman and Co-founder of Springboard Enterprises, and Managing Partner of Springboard Growth Capital, Koplovitz is being honored at the upcoming Advancing Diversity Honors in January for her tireless work in support of women in business, joined by IPG, Nielsen, the Advertising Council, EY, IAB and others as inaugural inductees into the Diversity Hall of Honors.  In a recent interview she described her own path to success and suggestions on paving the way for others.

“While there’s been an evolution [toward more gender equality] over time, the evolution isn’t finished," Koplovitz said.  The inspiration for Springboard Enterprises struck in the late ‘90s when she observed that women weren’t getting a fair share of the $104 billion in venture capital flowing to start-ups.  “It’s important for women to know the value of having equity and ownership.  If they did start these companies, and they did raise the capital, and they did produce scalable and sustainable companies, that DNA would flow to other people working with them, and that’s how we’d be able to grow women’s presence in the marketplace.”

One Springboard success story is Zipcar, founded by Robin Chase in 2000.  Chase saw cars sitting around unused most of the time in garages and thought there must be a better way to utilize them.  An early entry in the "sharing economy," Zipcar grew and went public.  Chase became a serial entrepreneur and is the author of Peers Inc.: How People and Platforms Are Inventing the Collaborative Economy and Reinventing Capitalism.

The road to Springboard started with backpacking and then boxing.  “On a backpacking trip to Europe as a student I attended a lecture by Arthur C. Clarke, who was talking about geosynchronous orbiting satellites and the power they could have during the Cold War,” Koplovitz shared.  “Why did I find that exciting?  Behind the Berlin Wall and the Great Wall of China was this vast population.  I thought if we could communicate with the people behind these walls, it could really be a force in changing people's perspective and have a real impact on the geopolitical world.”  That foresight and passion led to work in satellite communications and even to her master's thesis on the concept before she handed a job in the early stage cable industry.

“I realized that cable really needed new programming, or it was just going be an antenna system for rural areas,”  Koplovitz said.  That prescient observation may have been sparked by skills she had honed working as a producer at her college TV station.  “Timing is always so important. Are you ready at the right time with the right goods to be able to do something?”  Koplovitz recalled the excitement of September 30, 1975: “I worked with HBO and Bob Rosencrans’ UA-Columbia Cablevision to bring the exhibition of the Thrilla in Manila live via satellite around the globe and demonstrated the viability of using satellite and cable to provide content to a new television industry.  That really launched my career.”

Koplovitz didn’t dwell on being the only woman at the negotiating table, and instead focused on the negotiating itself -- and skills sharpened as early as grade school when she nailed the position of publisher for her fifth-grade newspaper.  That focus applied when pitching distribution deals for USA Network (then one of only 12 channels on early cable systems).  She moved the existing subscriber count from 750,000 to 1.2 million with her very first sale to Cox.  (Today USA Network, owned by Comcast NBCUniversal, is available in over 94 million homes.)  She also focused on the need for the product she was selling, feeling that’s what helped her circumvent the “old boys’ club” and securing their respect by being prepared and confident.

Although Koplovitz felt welcomed in the media business, she acknowledges that women faced some overt discrimination.  “It was a very different time," she recalled.  "There were places that women weren’t allowed to go.  There were cultural things in place that created barriers.  In 1982, the first year we were televising at Augusta National, I started going up the stairs to lunch.  [Augusta National Golf Club Chairman] Hord Hardin turned around and said, ‘Kay, we’ve got a problem.  We don’t allow women on the second floor.’  I said, ‘What are we going to do about it?’  I wasn’t going to eat lunch by myself.  So, for ten years we ate lunch in the Trophy Room, where women were allowed.”

Springboard trains women entrepreneurs in technology and life sciences to find the human and financial capital that can accelerate their growth.  The entrepreneurs learn how to speak the language of VCs and have access to Springboard’s network of 5,000 experts.  Participants are selected for their vision, executional skills and agility in thinking.  “It’s a vision of growing an entire sector of the economy, powered by women,” Koplovitz said.

The results have been astounding.  On Springboard’s first demo day in January, 2000, 26 companies presented to 300+ venture capitalists, many of whom had never seen a pitch by a woman.  Twenty-two were funded, two were merged, one was sold and one wasn’t funded.  In the past 17 years Springboard has helped launch almost 700 companies, which have raised $8 billion of capital investment, with 175 liquidity events and 15 IPOs.

From an inventor of needle-free injections inspired by her missionary work in Africa, to a leader in 3D printing who escaped the Cultural Revolution in China, these entrepreneurs are changing the world.  With Kay Koplovitz as a role model, we’d expect nothing less.

The Advancing Diversity Honors event will reflect the advertising and media community’s commitment to diversity and inclusion initiatives.  The event, being held during CES at Caesars Palace on January 10 from 4-8 p.m., will spotlight eight honorees who will share personal stories and best practices for advancing diversity and inclusion.  Visit ces18.com to learn more.