By Steve Gidlow November 08, 2019 Behind the Scenes in Hollywood Archives 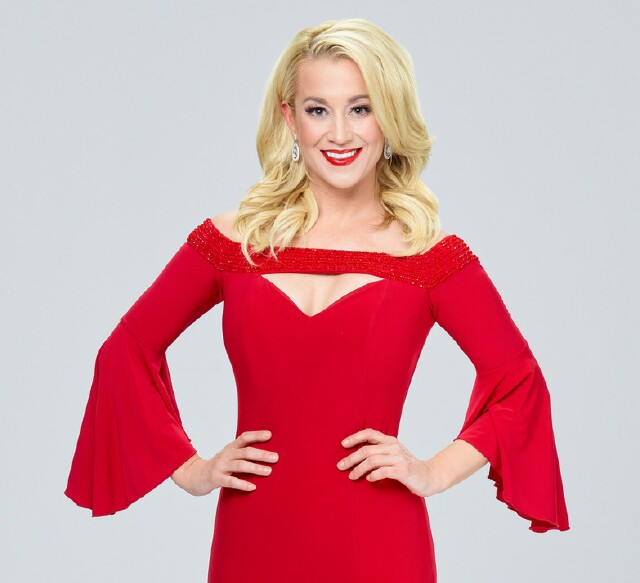 It’s hard to believe that only a year has passed since Kellie Pickler joined the Hallmark Channel family, in 2018’s Christmas at Graceland.  She quickly followed that with the sequel, Wedding at Graceland (a part of the network’s June Weddings programming event), in which she reprised the role of Laurel Couper (opposite Wes Brown as Clay Sheppard).  Now Pickler is back, stretching her acting wings in her third Hallmark movie, The Mistletoe Secret, opposite Tyler Hynes and Patrick Duffy, only this time she’s not Laurel.  "You know, making this I did miss Laurel a little bit," she shared in an exclusive interview with MediaVillage.  "But who knows what the future holds for her and Clay?  Hopefully, those characters will get to come back in another sequel down the road.

"I'm still a part of the Hallmark family and thankfully they still put up with me," she added with a laugh.  "I'm excited to be a part of another Hallmark [project], and my second Christmas movie!  It’s a whole different storyline and character.  We shot this one in Vancouver, whereas the last two were in Memphis, at Graceland, and while I love Memphis, I'd only ever toured Vancouver.  It was great spending some quality time there and getting to experience how eclectic it is.  I loved its diversity and hearing all the different languages as you walk down the street.  It's also really beautiful."

In The Mistletoe Secret, Pickler stars as Aria Eubank, the feisty proprietor of a mom and pop diner in Midway, Utah, desperate to save the family business from going under after a corporate lodge sets up shop and steals their business.  In a last-ditch effort to raise awareness of the diner, she convinces famous travel writer Sterling Masters (Christopher Russell) to feature the town in one of his travelogues.  Little does she know, Masters has a ghost-writer, Alex Barlett (Hynes), who secretly pens all his blogs.  After arriving in town, an incognito Alex starts to click with Aria -- until the pompous Masters shows up and starts to romance Aria, throwing a wrench into Alex's plans.  With so much subterfuge surrounding her, Aria’s eventual discovery of everyone’s truths could be a case of everyone losing.

According to Pickler, it was the film's message of loyalty to town and family she related to.  "I loved that," she said.  "It's no secret that small businesses in small towns are struggling and hurting.  To be able to shine a light on that and show the love everyone in Midway has for each other and their neighbors was such a beautiful message.  It's one we should all apply in real life and a lesson we can all learn.

“Aria is a spitfire," she said of her character.  "It's not that far of a stretch because I've always been pretty independent.  Growing up I fixed things and tried to take care of as much as I could.  Now I realize that sometimes Kellie should step back the same way Aria does in the movie and allow people to help.  You never want to be a burden and feel bad about having someone do something for you, but sometimes it isn't about you.  They want to do it, and it's a blessing for them to be able to help you.  You can get a lot more done if we all work together." 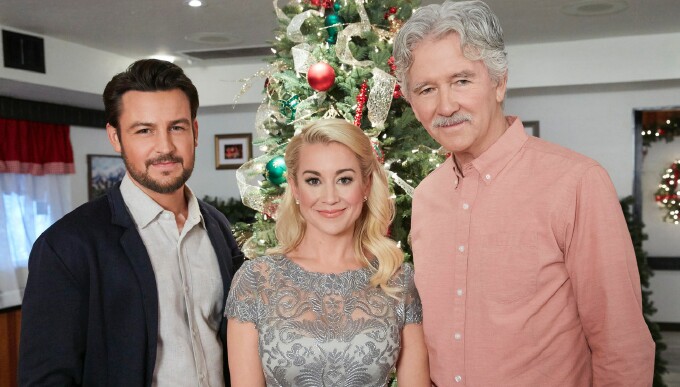 Another thing Pickler found appealing about The Mistletoe Secret was sharing the screen with Dallas icon Patrick Duffy (pictured above right with Hynes and Pickler), who plays Aria’s father.  "I couldn't believe it when they told me," she said of his casting.  "He’s an icon and hands-down one of the most incredible human beings in the business I've crossed paths with.  I kind of grew up with Step by Step, not so much Dallas, so it's just wild!

“Patrick is just so kind and a pleasure to work with,” she continued.  “He was a great mentor and brought this beautiful energy and light to the set.  He would sit and run lines with me, as would my co-star Tyler, who's been a part of the Hallmark family for quite some time.  I was the ‘new girl’ but felt I was in great hands with these Hallmark veterans.  They took great care of me and coached me.  Hallmark always surrounds you with good people, and they made it fun, as it should be."

All of this ensured Pickler delivered a natural performance, despite her usual nervousness.  "You couldn't see how terrified I was?" she laughed.  It seems even after getting her big break on American Idol  at 19, the now 33-year-old star is still haunted by stage fright.  "I've always had this fear of disappointing people," she revealed.  "That's the worst-case scenario for me.  But everyone made me as comfortable as possible and they were all such a joy to work with."

Pickler will be putting that stage fright to the ultimate test with her next venture come December 5, fronting the Nashville Symphony Orchestra for a huge Christmas show.  "I'm excited about it," she said.  “I fly to New York to start working with dancers, then start rehearsing with the Symphony.  It's going to be wonderful and there's a good chance I'll be putting my Dancing with the Stars dancing shoes back on."

She's still not sure why Hallmark took a chance on her, but with three movies now to her credit, she's thankful they did.  “Maybe I related to their audience," she pondered.  "Maybe it was that people connected with my American Idol  story?  I guess Hallmark thought, ‘let's try this.’  Thankfully it worked, and hopefully, it keeps on working."

The Mistletoe Secretwill be telecast Sunday, November 10 at 8 p.m. on Hallmark Channel as part of the network’s Countdown to Christmas programming event, currently celebrating its 10th anniversary.