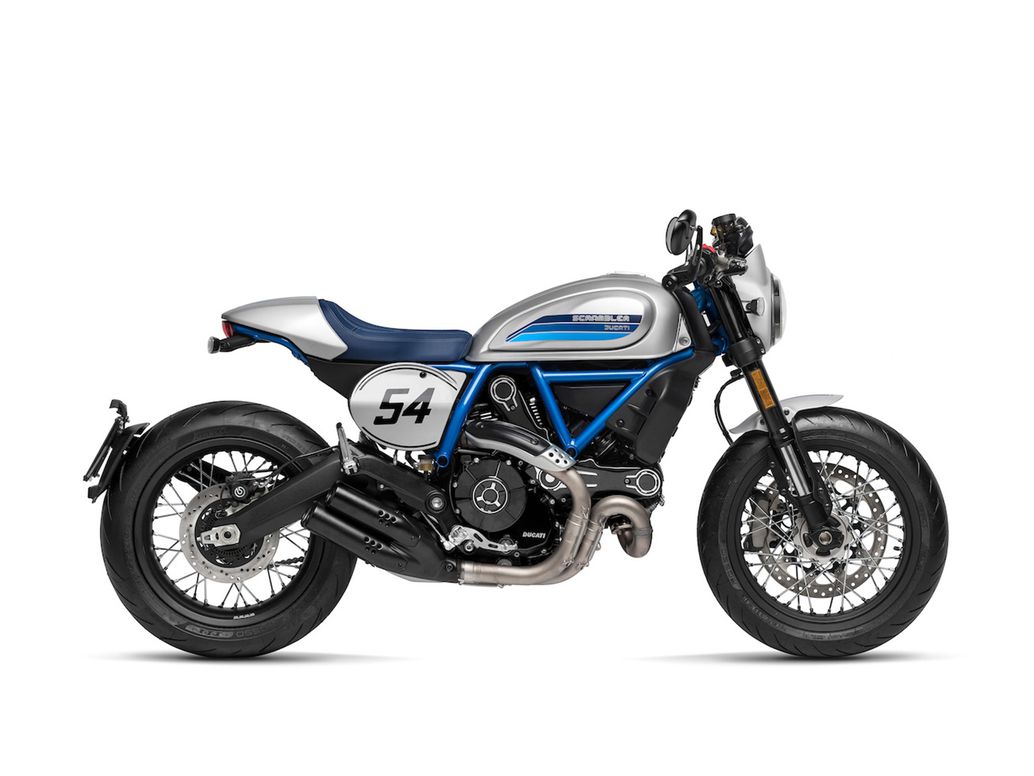 Italian Ducati-brand motorcycles have long been known as premium products, with a heritage of racing and sports bikes. Hardly a volume manufacturer, Ducati produces about 50,000 two-wheelers per year, with Italy as the biggest market and the U.S. as an important secondary. North America is 20 to 22 percent of global sales. The U.S. motorcycle market is about two million per year, according to Statista.com .

Jason Chinnock (pictured below), chief executive officer of Ducati North America since 2016, is ex-Lamborghini — so he knows about the premium end of the business. But Ducati is looking to expand its reach with the air-cooled Scrambler line. Scramblers are beginner-friendly, in the style of what are known as lightweight but powerful café racers. In fact, there is an 803-cc, 73-horsepower Ducati model called Café Racer, priced at $11,995.

Remember the 1960s popularity of Vespa scooters and 50-cc Hondas? The latter even inspired a hit song by the Beach Boys . Ducati isn't aiming at that entry-level; it's just going down a rung or two on the ladder. 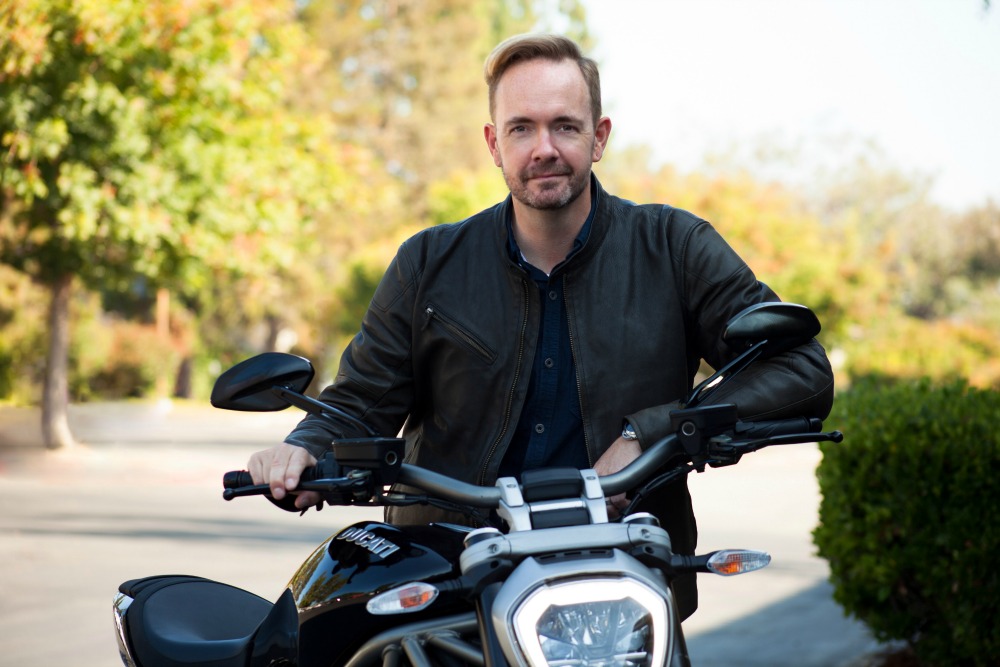 The low price has quickly made the Scramblers the most popular Ducatis, and the one most frequently seen at dealerships. Ducati's Scrambler (pictured at top) bikes have doubled the percentage of women riders — from just 4 percent to 8 percent of buyers. "It's a broader group of product that is approachable," Chinnock said. "Ducatis have been seen as for seasoned riders only. But Scramblers are being bought by people who aren't into the horsepower race; they sometimes use them for commuting or for having fun, not [for] everyday transportation."

The key goal was to make Ducati more accessible, without bringing the brand down in terms of prestige. So, Ducati is selling Scrambler as a stand-alone brand that is "supported by Ducati."

Chinnock, an American (and a tank officer during Desert Storm), zooms in on the North American market: "Europe has a broad and consistent approach to motorcycles, but the U.S. is primarily rooted in the cruiser segment. These are highway motorcycles of more than half a liter. And, in the U.S., Harley-Davidson has 50 percent of the market. No company in Europe dominates like that."

Harley, Chinnock added, is "an aspirational brand. It's tied in with Americana, and the company has done a great job of capitalizing on that image. Buying a Harley is an emotional purchase, not necessarily a rational decision based on the bike's gas mileage or how many kids it can haul."

In part, that red, white, and blue image got Harley-Davidson in trouble when it announced a plant in Europe ; there was grumbling about the company's recently announced electric bike, too.

A motorcycle named Ducati is never going to wrap itself in the flag for North American marketing, but the company can attract new, younger riders (its goal, said Chinnock) with targeted media campaigns. "Our advertising is almost exclusively digital," he said. "It's about identifying prospects who have similar demographic profiles to our owners." YouTube and Facebook are major channels for Ducati, not surprisingly, with the aim of driving traffic to the company website.

"Ducati stands for style, sophistication, and performance," the company's YouTube channel says. "The world's most attractive motorcycles are the result of a deep commitment to racing competitions; they are the purest expression of refined skill, unmistakable design, and above all, a great passion for bikes." The channel has gotten more than 13 million views since 2007.

The marketing message is about how Ducati motorcycles make you feel, and what they say about you as an individual. "All brands have that message," Chinnock said, "but some say it with a stronger resonance."

"Change the rules!" says a spot for Ducati's Monster 1200 S. A similar message is used to sell SUVs , which (without much actual justification) have a maverick, iconoclastic image.

At Lamborghini, Chinnock was involved in marketing for the Urus — the company's first SUV. "I was working on changing the perception of the brand to prepare the market for a product like that," he said. It would seem to be excellent training for getting American riders to accept a new, broader image for Ducati.

A large part of that effort is linked to events, which do well for Ducati. These include the Quail Motorcycle Gathering at Pebble Beach in California (a two-wheeled version of what happens during the better-known Car Week) and the MotoGP Red Bull Grand Prix in Austin, TX. 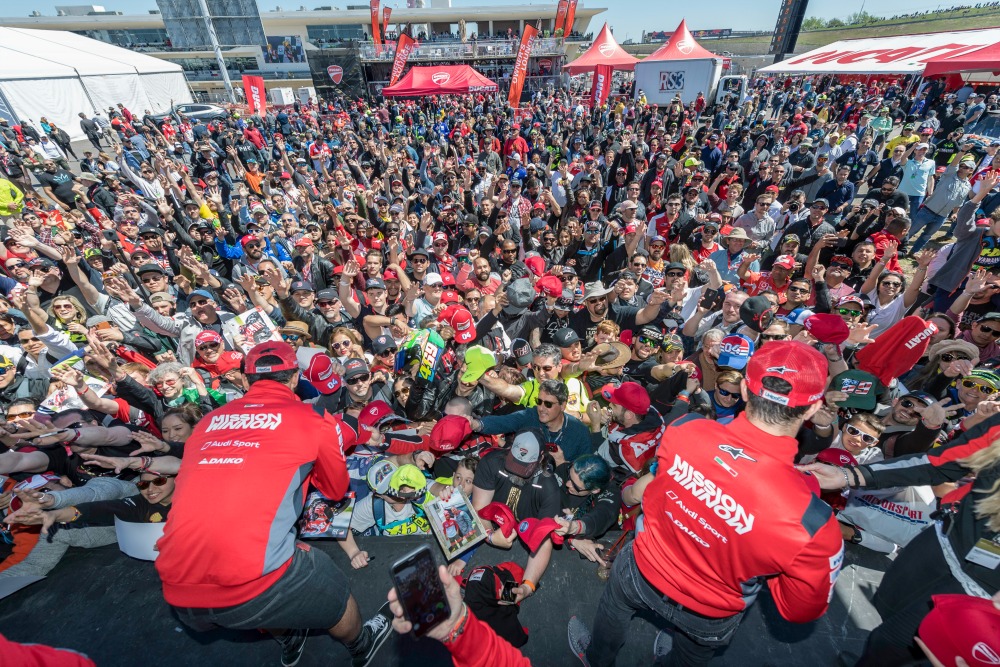 "We've made a big investment in racing," Chinnock said. "It's a great opportunity for brand communications and building exceptional brand loyalty." Ducati owners will find their own private area at these events, with demonstrations and test rides, but there are also Ducati displays for the general public.

"We don't advertise in print," Chinnock said, adding that the brand certainly enjoys the attention it gets from publications such as Cycle World.

High gas prices cause blips in scooter sales, Chinnock said, but, generally, the U.S. is a stable market for Ducati, with more growth apparent in Canada and Mexico. And, of course, China is big; a production facility in Thailand serves the Asian market.

There is probably an electric motorcycle in Ducati's future, but not yet. "It's premature for us to talk about electric," Chinnock said. "We don't have a solution for the market yet. We're about style, sophistication, and performance, so any electric motorcycle we produce has to meet that."

Ducati is never going to displace Harley-Davidson in the hearts and minds of America, but with the Scrambler, it certainly has a shot at grabbing a bigger share of the motorcycle market.