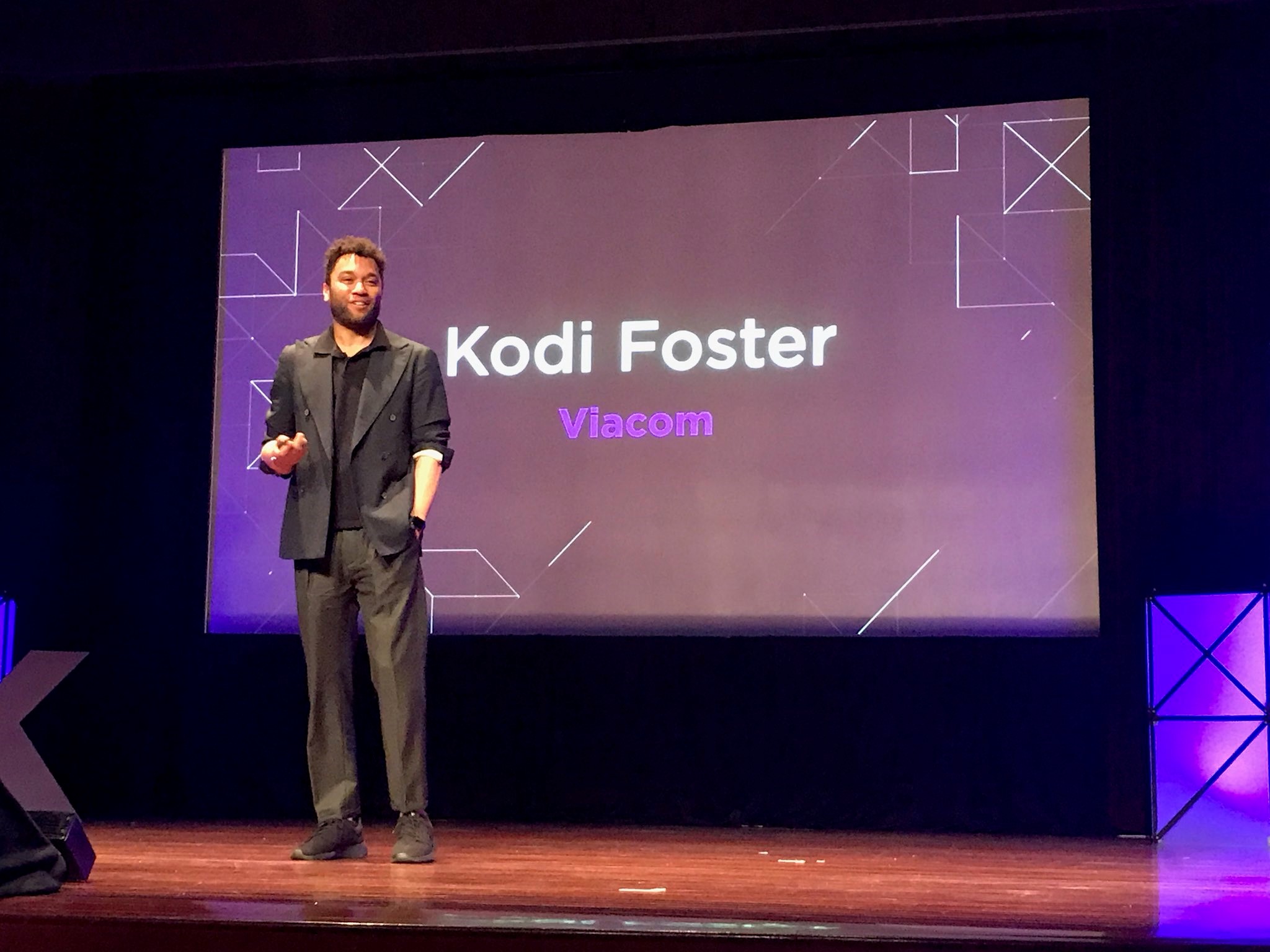 Kodi Foster, Senoir Vice President Data Strategy, Viacom, is watching the media ecosystem carefully and is seeing some trends that could spell disaster for media companies.  His talk at the recent PSFK Conference was a lesson in caution.  For one thing, he believes that we are marketing to the wrong targets.  Further, we may be coming to the wrong conclusions on the data we are capturing because the data itself is skewed, collected in echo chambers of like voices.  Tread carefully, he warned, lest you be led astray.

The Internet Is Dead

Viacom is focused on understanding the current themes of technology, and one theme is clear.  "The internet is dead," Foster chillingly declared. "What I really mean by that is that the World Wide Web is dead.  It is essentially cloud storage and social media.  When you really think about it, how many times are you on a dotcom nowadays?  Maybe Google, but everything else you are doing is on an app."  Or, he added, messaging, which is poised to be even bigger than apps in the next year or so.  He also believes that surfing the web is "not a thing" anymore and will probably not come back.  The overall direction of the internet is decidedly evolving, as with everything else.

Foster believes that the tech landscape is changing as people use apps and messaging rather than sites.  "We don't market to people anymore," he said.  "We are marketing to the devices that are between us and people.  We game theory the algorithms of these technologies so we can get our marketing and content in front of a human being."  Because of this, marketers are actually not trying to understand human beings.  Instead, they are trying to understand the biases of these technologies.

If you are in marketing, understanding the biases of these technologies has become your job, Foster asserts.  "Your job is not to not understand human beings," he warned.  This is leading us down a dangerous analytical path where, he says, the data we create every day "is shit" and "when you put shit in you get shit out."

Losing Focus in the Echo Chambers of Data

So when you use this bad data to make predictions and craft insights, there is the risk that the outcomes will be wrong.  "Machines are not trying to connect people, they are usually promoting something," Foster explained.  Promotion is curated.  "Who is deciding that curation?" he asked.  It becomes a self-fulfilling prophecy within ecosystems because the algorithms are only putting up only certain things they want you to see, and when you click and engage on them, they reaffirm the algorithm, even if it is not something you wanted to see in the first place.

"Socially connected people tend to be similar," he posited, so there is the danger of creating "an echo chamber."  When you are fed information and you agree with it, the algorithm will calculate to feed you more of the same.  "It's giving you what it thinks you want because that is the only stuff you are seeing," he explained.  This creates a social contagion, especially when it involves false information.  It is only starting to come to light but, even now, we may not be fully aware of the ramifications.  The data we are gathering and using from this echo chamber may be biased and suspect.

The advent and growth of fake news is especially troubling.  "We assume, because of these finely structured networks, that everyone within our network believes the same thing that we believe," Foster continued.  "We assume that the belief is bigger across the world than it actually is and that more people share that belief because the only people we are around believe the same thing."  That is the danger of social echo chambers.

We may not be taking this war on reality as seriously as we need to, despite the discovery of the privacy transgressions of Facebook and Cambridge Analytica.  The reliance of the harvested data collected in stagnant social pools and analyzed without context is leading us into dangerous territory. How can you have an accurate reflection of peoples' behaviors if the data is not accurate?  "What happens to human civilizations when the connected tissue on reality becomes more and more fragmented?" Foster asked.  "How do you create a predictive algorithm for anything when there are tens of thousands of different versions of reality?  Whose reality are you predicting?"

Knowing that this is happening and seeing the ramifications leads us to a stark juncture point.  Should we just keep calm and continue to play the same marketing game?  Or is complacency at this time a grave mistake?  If we are being led astray now with human-created algorithms, wait until machine learning and artificial intelligence really ramp up in the next few years.  Sleep tight, children.