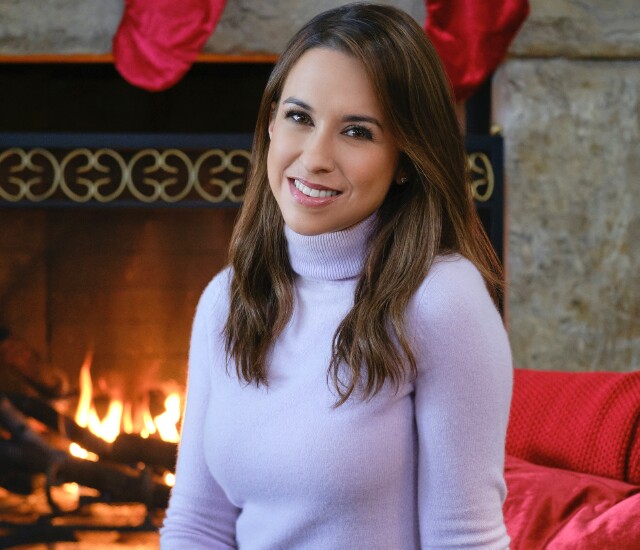 According to the actress, after starring in last year's Christmas in Rome she couldn’t be more excited about the double header. “It was absolutely incredible that we were able to go back to work [with everything that has been happening],” she beamed during an exclusive interview with MediaVillage. Indeed, Chabert has now completed ten Christmas movies for Hallmark and is about to start her 25th film for Crown Media Family Networks overall. "I consider it a real privilege to be a part of the Hallmark family," she said. "When someone chooses to sit down and watch one of our movies, I want to deliver a positive experience and an uplifting message. I hope that [viewers] see themselves in the characters we’ve created, and I hope they are inspired by their journeys.

"I really do love the characters I play [in the two new Christmas movies] because they’re very different,” she added. 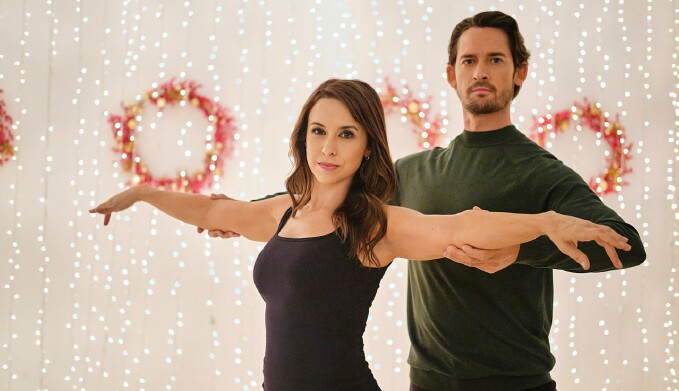 In Christmas Waltz, Chabert is joined by her Love, Romance and Chocolate co-star Will Kemp (pictured above with Chabert), starring as Avery, a woman left suddenly single when her dream Christmas wedding is called off. Having previously booked dance lessons for her nuptials, Avery decides to go through with them anyway, not knowing how much they will change her destiny. “Dance is something that I've never been comfortable with and it was never a strength, so I just plunged in wholeheartedly,” she said of the role. “I started working right away, rehearsed for about nine days, then we went straight to camera. I was thrilled to be a part of this project because there were elements that I related to and I think a lot of people will. It was exciting, humbling and painful, as I literally broke a toe, and had all kinds of bruises and things. But I found it exhilarating to do something that challenged me.”

Having never done Dancing with the Stars, like so many members of the Hallmark family, Chabert was delighted to have the truncated experience. She was also happy to be able to leave most of the heavy lifting to Kemp, with whom she was thrilled to re-team. “[This] was actually our third movie together, so it was great to reunite with a friend," she said. "When I first came on board with Christmas Waltz he was the only person I could think of for that role and was the perfect person because he's a dancer and such a talented actor.

“We really relied on each other,” she continued. “If one of us fell off the beat, or mis-stepped, the other would try and compensate and hold each other’s hand, literally and figuratively. He was such a trustworthy partner. The fact that we're friends and we were able to laugh and have fun was the icing on the cake. There's something very romantic about this story. The simplicity of what my character learns is so valuable, and I think it's something that a lot of people can relate to -- finding yourself at a crossroads and wondering if you are going to let it shift your life for the better or let it be a setback." 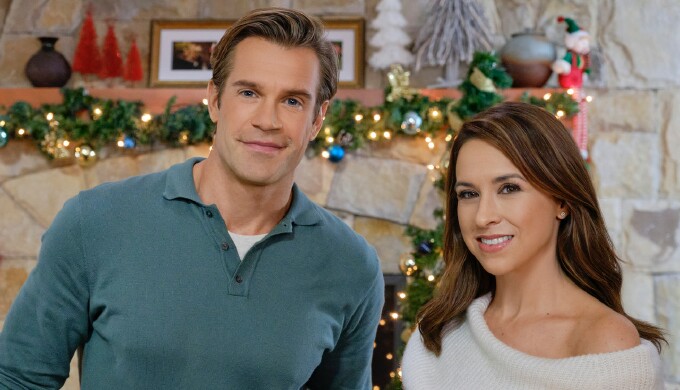 With just a half-day off (something she said she is “not going to make a habit of doing”), Chabert plunged right into Time for Us to Come Home for Christmas (co-starring Stephen Huszar, pictured above), in which she plays one of five people who receive a mysterious invitation to spend Christmas at the cozy Snowfall Inn. “Time for Us to Come Home is a special story," she said. "These characters find themselves dealing with grief at Christmas and dealing with the gift of healing. Sometimes the people you need most in life might be strangers, or possibly family, but a simple act of kindness can forever change the trajectory of one’s life. I think that's beautifully shown in this movie.

“It was a challenge," she continued. “You can very easily get stuck in sadness. I really wanted to show that my character is dealing with a devastating loss and that her grief is overwhelming. But the more prominent part of the story had to shine through -- how she heals, and how the love of those around her shows her that she has the ability, and strength, to put one foot in front of the other and move on. It's something that, unfortunately, everyone has had to deal with.

“At the holidays these strangers who are pulled together through this very mysterious invitation find each other and realize that they are exactly who each other needs. It was kind of magical, and I liked the message of receiving the kindness of a stranger. We never know what other people are carrying, but sometimes you're the person they need to lighten the load.”

Chabert is currently hard at work alongside Brennan Elliott filming the latest installment of their Crossword Mysteries franchise before heading home for her own holiday season. “It's such a unique opportunity to get to play the same character over time,” she said of those films. “The recent Crossword movies have been particularly interesting and enjoyable because we're getting to explore the relationship between Logan and Tess. While the mystery is of the utmost importance, exploring personal relationships is also something that Hallmark does very well. We get to see Tess and Logan learn things they didn't know before, and possibly down the road [begin] a romantic relationship?”