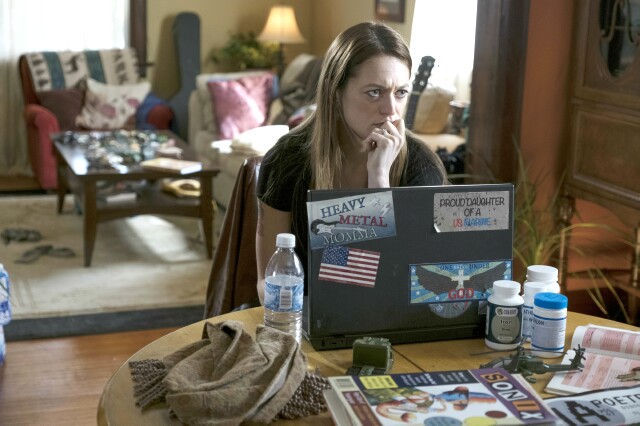 Perhaps the most riveting and disturbing session this past summer at the Television Critics Association tour was the panel for Flint, a Lifetime original movie that premieres this Saturday, October 28.  It shines a much-needed light on the long-time and still ongoing water crisis in the title city, one that has taken hundreds of lives, continues to sicken thousands and remains a low priority for politicians on the state and federal levels regardless of which side of the aisle they reside on.  That is to say everybody talks about it, and occasional small steps have been taken since its onset in 2014, but the situation remains critical and dangerous and is easily forgotten amid the recent natural disasters, mass shootings and political maneuverings that have dominated the news of late.  (For background, read this detailed account of the crisis as reported by NPR or look at CNN’s itemized recap of the crisis from beginning to present.)  Here’s a fact that would be fun were it not so disconcerting:  Bothered by the maddening inertia in Flint, an eleven-year-old girl in Lone Tree, Colorado, recently rolled up her sleeves and came up with a way to potentially save hundreds of thousands of people in that city and elsewhere from sickness or worse brought on by contaminated water.

This important Lifetime movie, which had a special premiere in Flint last weekend, was inspired by a January, 2016 article in Time magazine by Josh Sanburn (a consultant on the film).  It focuses on the tireless efforts of Flint residents to take on their local and state governments and save themselves -- in particular Melissa Mays (played by Marin Ireland, pictured at top), Nayyirah Shariff (played by actress and singer Jill Scott) and LeeAnne Walters (played by Betsy Brandt of Breaking Bad).

Mays appeared on the TCA panel along with Ireland, Scott, Brandt and executive producer Neil Meron.  She was introduced to the press by a publicist who described her as a “bad-ass woman.”  It was not an exaggeration.

“Today [July 28, 2017] it is 1,190 days since we’ve had clean water in Flint, with no end in sight,” Mays (played by Marin Ireland, pictured at top) said with more than a touch of exasperation.  “There have been successes.  We won a lawsuit to get half of the [water] service lines replaced, but not the main [lines] or interior plumbing.  One of the things we hope will come out of this is to let people know it’s still not over.  It’s not even close to over!  There are 200 people that we know of that have lost their lives, and we want to honor them by telling this story; that even in a poor, broken, poisoned town, we banded together and we fought.  We don’t want anyone out there to think that, one, their water is perfectly safe because it’s clear and, two, that they can’t stand up against a corrupt government or entity and win.  We just want people to know that it was not experts that swooped in and saved us as we sat there and cried for help.  We did it ourselves!  We fought and we are still fighting today.”

“We want to shine a spotlight on the situation, and I think it’s incredibly timely, just in terms of how people from the community can actually band together and effect change,” Meron noted.  “It’s something that is going on right now in other aspects of society, just in terms of the town hall meetings.  It’s the voice of the people alerting their elected officials that they’re not going to take it.”

“When this water crisis arose, [Nayyirah, Melissa and others] jumped to be a voice of the people and to have the community leaders acknowledge what was happening,” Scott explained.  “Nobody believed them!  They were belittled.  The three women met each other, trying to make a voice for themselves at community centers and at the town hall meetings, but no one was paying attention.  They were called ‘housewives.’  [Officials] made it seem like they were lying, even when everyone was turning up sick all over the place.  Nayyirah is silly and easy, and she’s sweet.  But she’s focused.  I talked to her about three days ago.  She was still helping people get out of jail for speaking up at town hall meetings!”

The insights Scott provided were astounding.  After it had been proven that the water was poisoned, she said, “They raised the price on the water.  If you don’t pay your bill, they come around and spray paint a sign on your house, which obviously is vandalism.  Why would anybody pay for poisoned water?  If you don’t pay your bill within 90 days, the [local government] can take your children!  Is that insane?  But they have to, because [officials say] you are an unfit parent because you are not providing water for your family.  It’s all insane.  And Nayyirah is in the midst of it on a daily basis.”

“Our local government had been taken over by the state, and they didn’t fight back,” Mays said.  “They did not fight back to protect us, so the local government at the time [and] the former mayor failed us, and the state government, though they were the ones that decided to switch our water, decided not to treat our water because we weren’t important, and they were the ones that covered it up when people started dying.  So now there are charges against the state government.

“There have been, I believe, 15 people charged,” she continued.  “We’re just waiting, because there are a lot more that haven’t been yet.  Our trust is gone.  We cannot trust anything anybody says.  We learned that the hard way.  My kids have permanent damage, because I trusted that the clear water coming out of my tap was safe, because they told us so. We still live in Flint, and we are still suffering the colds, the infectious diseases, the seizures, the bacteria.  We have every reason to [believe] that we’re fighting in the right direction together.”

“We ended [the movie] on their first victory,” Meron concluded.  “As we say in the movie, it is a small victory, but [Mays and the other activists] knew at that point that they were having some impact.  We do follow up with some cards to show where we are currently, but we want to bring it to a point where you can see that these women have had some impact and it inspired them to go even further.

“What’s really wonderful about this is the fact that it is on Lifetime,” he added.  “The movie really does speak to a certain strata of people that may not know this story, will be alarmed by it [and] may call themselves into action.  It found the proper home.”