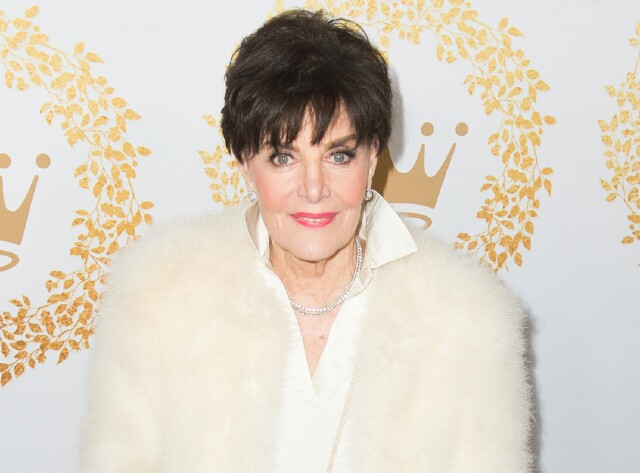 When it comes to drama, mystery and romance, legendary daytime diva Linda Dano knows a thing or two.  After many years appearing in primetime roles, Dano in 1978 joined the ABC soap opera One Life to Live as psychiatrist Gretel Rae Cummings.  In 1982 she joined the cast of CBS’ As the World Turns (a Procter and Gamble production).  One year later she jumped to NBC’s Another World (also a P&G series) where she played glamourous romance novelist Felicia Gallant -- a role that would bring her fame and a Daytime Emmy.  She stayed with AW until 1999, when it was cancelled, and then moved back to ABC, where she returned to One Life to Live as Gretel Rae and brought the character to the three other soaps ABC telecast at the time: All My Children, General Hospital and Port Charles.  In 2005 she appeared on CBS’s Guiding Light (another P&G soap).  Her career has also seen her host a daytime talk show on Lifetime titled Attitudesand launch successful fashion and home furnishings lines on QVC.  This weekend she is making her Hallmark debut in Vines That Bind, the latest installment of Hallmark Movies & Mysteries’ new movie franchise Chronicle Mysteries, created by and starring another soap opera veteran, Alison Sweeney.

“This is my first thing for Hallmark and oh my God, I was a wreck!” Dano laughed during an exclusive interview with MediaVillage.  “I know that seems strange after all the years working in daytime, but I hadn't acted in so long.  What if I got there and it all slipped away?  A couple of friends said, 'It's like riding a bike, don't be ridiculous, you will be fine.'  But part of it being fine was the fact they are the nicest company to work with and get to know.  Alison Sweeney was a big part of that, too.  She creates that kind of atmosphere wherever she is.  It was such a pleasure and I just had a great time.”

Despite both being major soap opera stars Dano and Sweeney hadn’t previously worked together, but they do have a history.  “I knew Ali, all of us daytimers know one another from awards shows and things,” Dano said.  “When you have been in the business as long as Ali and I, you do cross paths and we have mutual friends.  In fact, this all came about as I was on the phone with her at the beginning of last year and was telling her how much I loved her Hallmark movies and the network.  She called in November last year and invited me to take part.  It was an instant, ‘Yes!’  I just thought, ‘How fun!’”

As it turns out, Dano’s intuition was on point.  “I know Ali is very proud of The Chronicle Mysteries, as she should be,” she shared.  “She's also a very nice producer.  I do come with certain credentials, so I know when someone is good at something.  It's something she was born to do and I am so happy for her as it couldn't have happened to a sweeter person.  She just made our jobs so easy.  (Co-star) Benjamin Ayres was also lovely.  We bonded in the car on the way to the set.  I had seen him in many Hallmark projects.”  (Sweeney, Ayres and Dano are pictured below, left to right.) 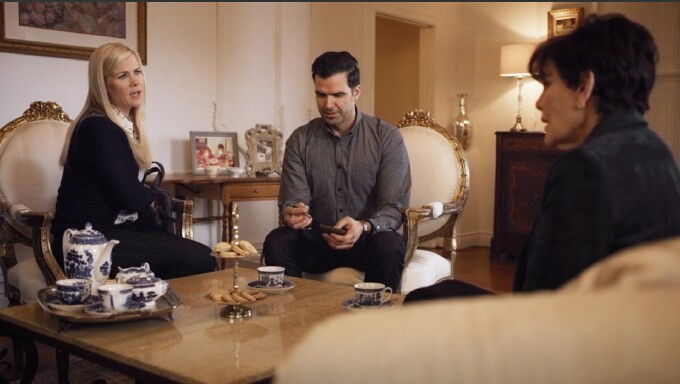 In the film Dano portrays Vivian Macklin, matriarch of a wealthy winery family who helped build the town of Macklin, which is under investigation by the Chronicle staff after reopening a long-closed case surrounding the death of local vintner Colton Saunier (James Grant).  While his death was ruled an accident by local officials, Alex McPherson (Sweeney) believes there was foul play and vows to find the culprit.

For Dano, who left daytime TV in 2005 for rural life in Connecticut, the project has ignited her passion to work again.  “I had a great ride on daytime and loved it all,” she revealed.  “After 18 years on Another World, I was invited back to ABC to revive my old character from the beginning of time, Rae Cummings who then moved around to all of their shows.  It was unbelievable and had never been done before.  It was so flattering and a lot of fun -- it was a wonderful experience.

“I did go back for my dear friend Ellen Wheeler who was producing Guiding Light,” she added.  “So, I did about 20 episodes of that show.  However, I told her I'd do it on one condition, ‘I want to be killed off and I want blood gushing out of my mouth.’  She agreed to make me very bloody.  I had never died on camera before.  So, I do know a thing about murder.”

Dano hopes there are more Hallmark projects on the horizon.  “I'd love to do another Hallmark movie,” she offered in closing.  “It's a wonderful company.  I'd love a juicy part in a Christmas movie as I am Santa Claus in my private life.  I've never done one, so that would be incredible.”

Steve Gidlow, a long-time columnist for MediaVillage ("Behind the Scenes in Hollywood"), has written about television and pop culture since 1994, beginning in Australia. Since moving to Hollywood in 1997, Steve has focused on celebrity interviews f…