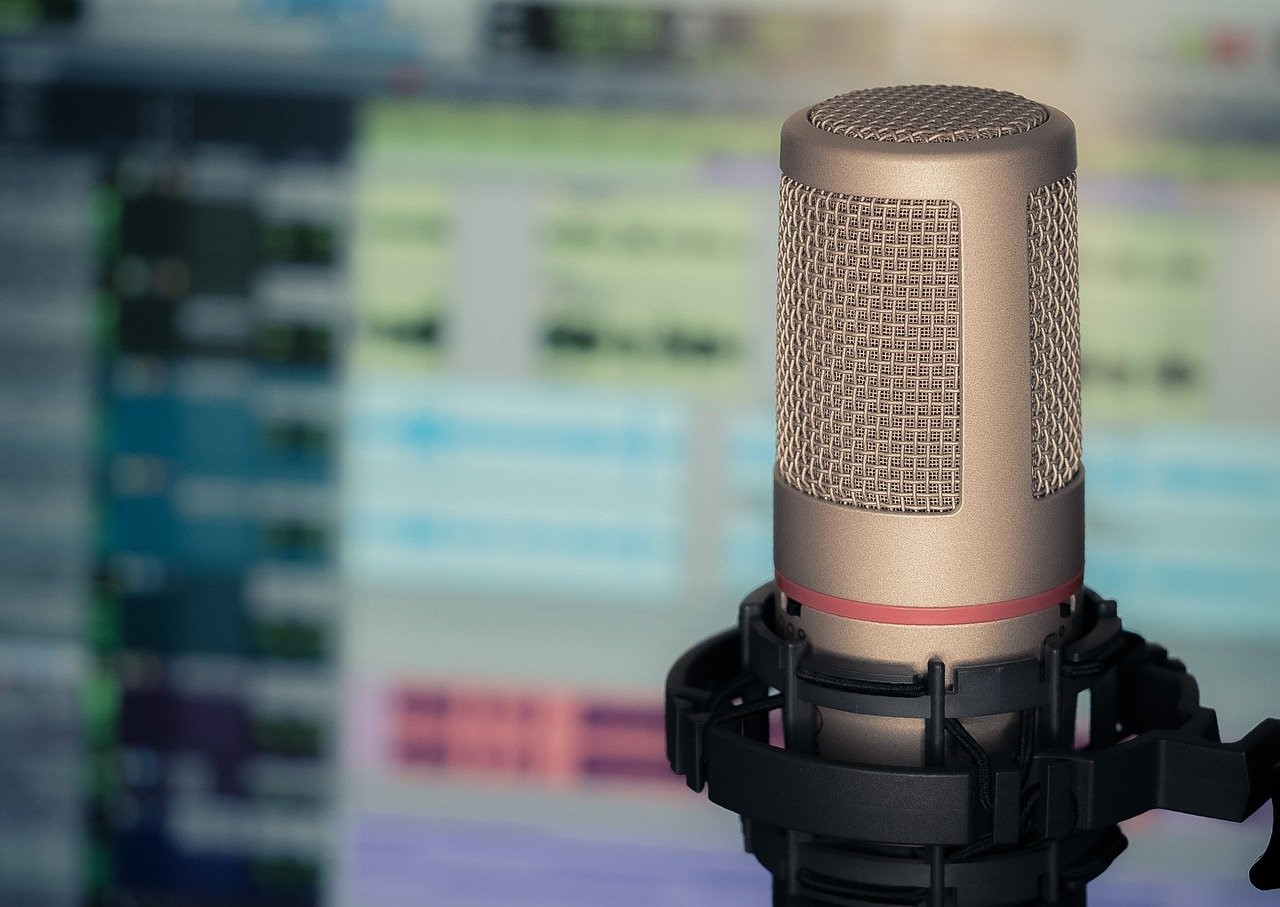 As an avid podcast listener, I've always wanted to see podcast production firsthand. So, when I got the chance to see one of my favorite podcasts, NPR's entrepreneurial show How I Built This(HIBT), recorded live in my hometown of Denver, I jumped. Live podcast shows are a way to bring this red-hot form of audio to life for fans and listeners, as well as grow the medium. And while the experience wasn't exactly what I expected, it was worth the price of admission.

Unlike a sterile studio recording, a live podcast taping produces an episode with a community feel, including laughter and applause from the crowd. For listeners at home, you get a sense that you were actually in the room. These shows are also entertainment, as the host and any guests engage with the audience and make them feel part of the show.

At the HIBT taping I attended, host Guy Raz interviewed the founder of Otterbox protective cases, Curt Richardson, whose company is based in nearby Fort Collins. Richardson's wry sense of humor played well with the audience, as he explained his journey from machine worker in a plastics factory to billionaire business owner. At the end, Raz recorded a message thanking the show's sponsor, American Express, but otherwise, everything felt very organic.

Live podcast shows are quickly becoming big business. Major podcast producers, such as NPR and iHeartMedia, as well as local radio stations, are hosting live tapings of their shows to build buzz and generate incremental revenue. The How I Built This tour has been so successful that NPR created a spin-off small business and entrepreneur conference, the How I Built This Summit.

While some podcast tapings are free, ticket sales can produce a tidy profit. I paid $45 for my ticket, which was a mid-range price for a pretty good seat. The Paramount Theatre can hold about 1,800 people and there wasn't an empty seat in the house — adding up to a pretty good haul for an hour-long event.

Across the country, podcast tapings are packing in crowds. Watch What Crappens, a podcast devoted to Bravo's reality TV shows, sells tickets for their live tapings for $25 to $200 for a VIP experience. Although the show's hosts don't work for NBCUniversal-owned Bravo, they have such a loyal following that several upcoming shows are sold out. Similarly, true-crime podcast Crime Junkies has sell-outs on its current tour, where fans can pony up $100 for a premium package that includes a private meeting with the hosts./p>

These podcast shows are tapping an audience eager to engage with their favorite shows and hosts. According to a recent study by MARU/Matchbox and Westwood One, one in five heavy podcast listeners — those who listen more than six hours per week — have attended a live podcast show. Among new podcast listeners, one in 10 has been to a live show. And 52 percent of podcast fans said they'd travel up to 25 miles to attend a live event.

These listeners are shelling out an average of $42 per ticket and many will pay extra for backstage access or a meet-and-greet with the host. Once podcast listeners attend a live show, they're highly likely to pony up for future tapings; Maru and Westwood One reported that half of all podcast fans said they plan to buy tickets for future events.

Along with ticket sales, there's revenue potential from merchandise and concessions. Podcast producers can recruit sponsors for the event to offset costs and brands can set up in the lobby to interact with guests while giving away swag and product samples.

There are also experiential opportunities, such as the complimentary headshots offered to the first 40 guests to sign up for the HIBT Denver show. (Anyone who didn't make the cut was invited to use the show's selfie stations.)

With podcast ad revenue expected to hit $1 billion by 2021 — up from $679 million in 2019, per IAB/PwC estimates — live shows aren't going to be a primary revenue source. Their value is marketing and promotion, which should not be underestimated. With 700,000 podcasts and counting, podcasts need to find ways to stand out and a live show is an excellent promotional vehicle.

You don't have to be a national podcast network or big media company to experiment with live podcast shows. Even local podcasters and radio stations can get in on the act. In Buffalo, local business and entrepreneurial podcast 43North hosted a free live taping of its 100th episode. Instead of renting out a theater, Nashville public radio station WPLN hosted a free taping of its local innovators show, Movers and Thinkers, in its studio. These free events won't generate ticket revenue, but they do encourage fan engagement, which is good for growing the audience and advertising.

After my first live podcast experience, I knew more about smartphone cases and plastics than I ever thought possible; however, I walked away wanting a little more. Like a filmmaker at the end of a movie screening or an author on a book tour, I wanted HIBT's host Raz to take questions from the audience and give us a peek behind the curtain.

As the live podcast event business expands, podcasters and event producers should keep their attendees' experience in mind. These shows aren't just about selling tickets and having a novel production style; they're about creating community and building loyalty and engagement. The podcast audience is booming precisely because listeners value the medium's intimacy and engagement. A live show can heighten that experience.

Done well, live podcast tapings should be experiential, with the audience treated as VIPs, rather than just production extras. If a host takes time to explain how the podcast comes to life — from finding guests to researching questions to recording — and to answer fans' questions and pose for selfies, podcasters can create legions of super fans. After all, who doesn't love a good show?