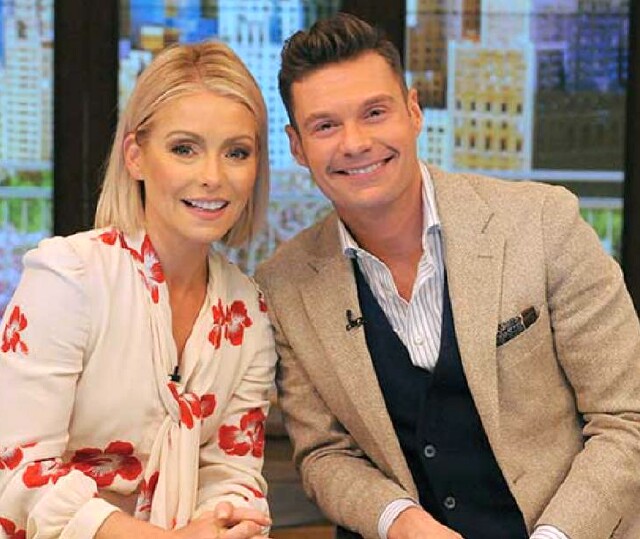 Last year in my Top 25 of 2016 review I raved about Kelly Ripa’s remarkable versatility at working opposite dozens of guest co-hosts, many of whom I would like to have seen stay with the show on a permanent basis.  So many of them were so surprising and so special.

Ryan Seacrest was not among them.

The man has been so egregiously overexposed since 2002 that the last place I wanted to see him was on one of my favorite morning talk shows five days a week.  Enough already.

When Kelly announced back in May that her new “permanent” co-host was Seacrest I thought, "There goes another of my favorite TV shows down the drain."  Happily, Seacrest has proven me wrong!  His daily stories about adjusting to life in New York City (which is not all that difficult when you make the kind of money he does) have brought a new dimension to the program.

His energy level is off the charts.  How does he do a live morning talk show on television every weekday, along with his radio show and his award-show hosting and other live gigs?  Not to mention his work on American Idol, beginning life anew on ABC in March.  (The Idol auditions, some of which he attends, are already underway.)  He should market a line of supplements.

Ryan was exactly what this show needed; in fact, IMHO he is the new Regis Philbin!

Kelly, for her part, has never been better.  Does that make her the new Kathie Lee?

(P.S.  On the subject of Ms. Gifford, I still believe that she and Hoda Kotb are the best duo in talk television.  Maybe they should take over the 9 a.m. hour of NBC’s Today in addition to their 10 a.m. gig.  Anything would be better than the ill-conceived Megyn Kelly Today, which blends into the four-hour flow of Today like cheese with chalk.  What on earth were the higher-ups at NBC News thinking?  If Ryan Seacrest is the best thing to happen to daytime television this year, Megyn Kelly is the exact opposite -- at least in her current situation.  Her show should be given a shot as is to either 11 a.m. or sometime in the afternoon.  And if it fails there, a primetime gig on MSNBC would be mutually beneficial.)