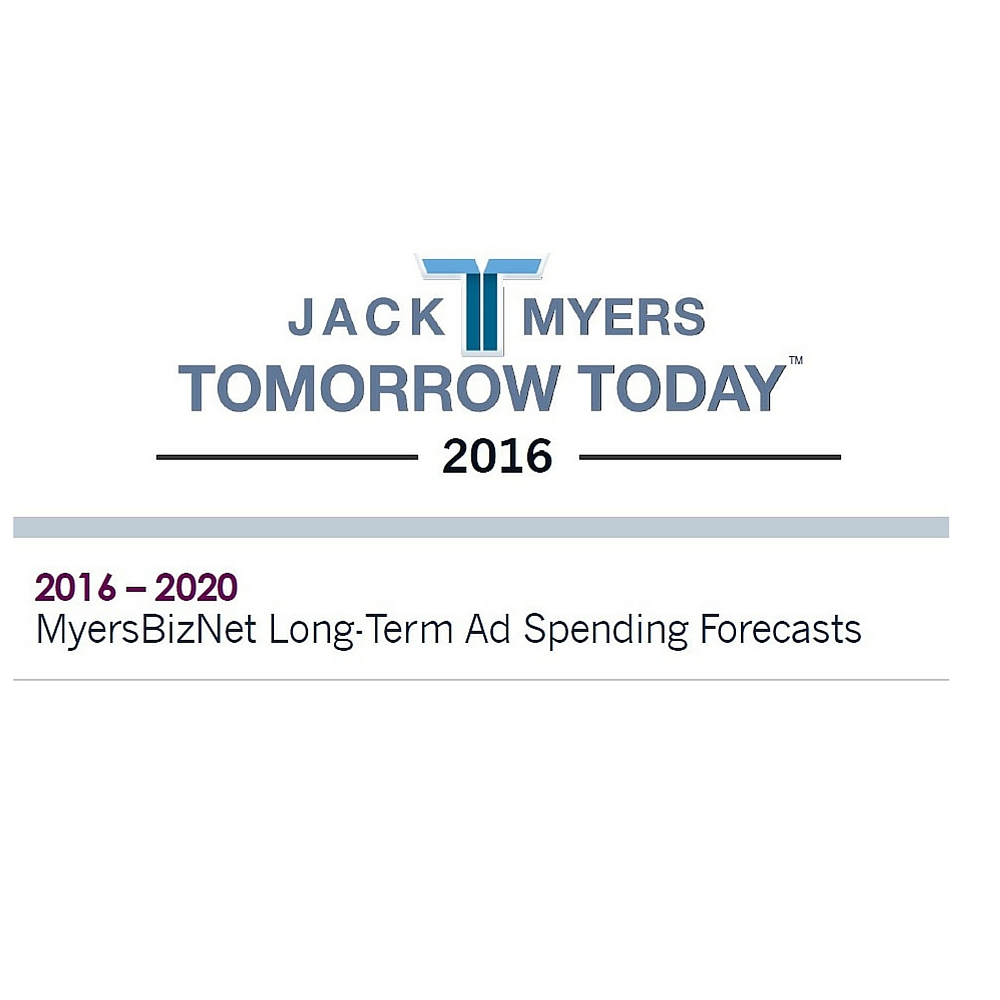 Total ad spending is forecast to grow an average 5.0% annually through 2020 according to a new report issued today by MyersBizNet, the leading independent forecaster of advertising and marketing investments since 1986. 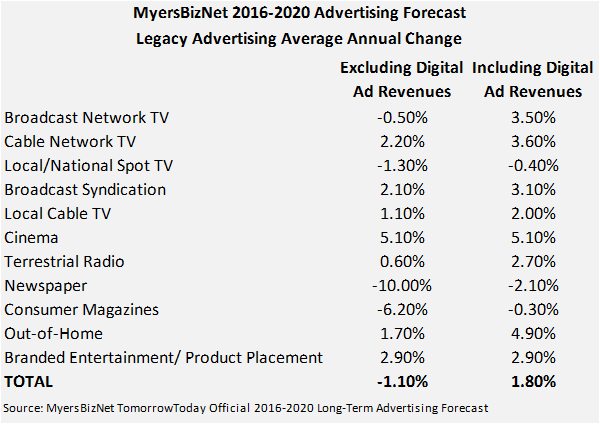 The digital and total revenues of these legacy media 2016-2020 are provided in the full MyersBizNet long-term advertising spending report available at MediaVillage. MyersBizNet includes 18 media categories in its above-the-line advertising data, with legacy and digital spending in each category reported separately. MyersBizNet will publish Hispanic media data and below-the-line marketing forecasts later this month.