Lori McCreary On Becoming a Producer: “You Don’t Need Permission. Just Do It” 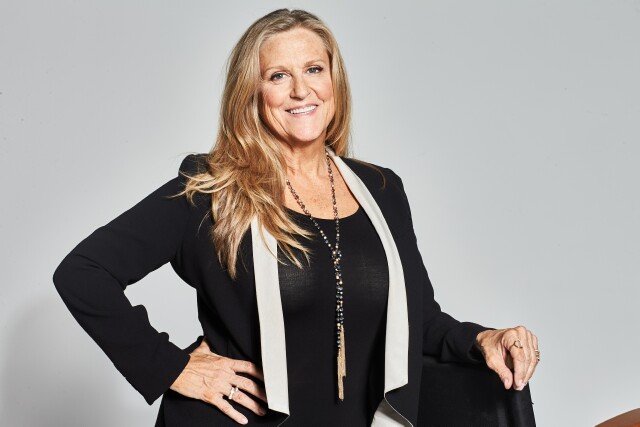 It was the sort of coup that burnishes reputations.  Earlier this season Lori McCreary managed to get former Secretaries of State Hillary Clinton, Colin Powell and Madeleine Albright together in an episode of Madam Secretary, the CBS drama for which she serves as an executive producer. McCreary spent a couple of years choreographing that intricate dance.

Albright had been a guest star in its freshman season (2015-16) and that visit resonated with McCreary.  “We were doing a scene with [series star] Téa Leoni and Albright had to take a call,” McCreary recalled, a hint of awe in her voice.  “President Obama was briefing her on the Iran deal, so it was life imitating art and art imitating life as we stood down waiting for her to finish that much more important call.”

While McCreary continues to orchestrate similar accomplishments on Madam Secretary, she also helps to oversee the National Geographic franchise The Story of God with Morgan Freeman, which just began its third season.  McCreary and Freeman co-founded Revelations Entertainment, where Freeman is President and McCreary CEO.

McCreary and I were dinner mates last year at an industry gathering, with Freeman between us.  A friendly woman who laughs easily, she recently reflected on her career trajectory and the obstacles she has overcome and offered advice in a wide-ranging interview with MediaVillage.  What follows is an edited version of that conversation.

Jackie Cutler:  How do you define the job of a producer?

Lori McCreary: The producer is the captain of the ship in charge of between 100 and 500 people at once.  We are in charge of the vision and making sure that everyone knows the direction we are going.

Jackie:  How did you go from a UCLA computer science major to Hollywood producer?

Lori:  I grew up doing theater.  From age eight I did probably six shows a year.  When I was 14, I thought I would own a theater and put on musicals and shows.  I love the house lights coming down and an audience coming in.  I grew up in Antioch, 45 minutes from San Francisco, and our city council had a grant to develop a theater.  By the time I was in high school, I was the tech director of that little theater.  I was sent to Ithaca College to learn how to run a lighting board.  One day I was doing a play, and the computerized lighting board did not work.  It was one of those kismet things, and I thought I better learn the computer thing, and that's how I studied computer science at UCLA.

Jackie:  Producing has long been a men’s club.  What was an overt example of sexism you encountered?

Lori:  Back in 2005, Morgan and I started ClickStar.  It was channelized content streamed over the Internet.  This was before anyone was doing online movies.  We were pitching this, and I was at big meetings with a lot of different people.  At one of those, I walked in with my then-assistant, a young man.  The chairman of the board walked over to him and introduced himself.  My assistant said, ‘Hi, this is my boss, Lori McCreary.’  There was an assumption that whoever I was, [the male was the person] the chairman needed to greet.  This is a small thing, but I see it as a good example because of the expectations.  You can dash the expectation so quickly when you are the person walking in with the goods.

Jackie:  How did you break through?

Lori: Producing is one of the professions, one of the jobs where you don’t have to wait for someone to hire you.  A director is hired, an actor is hired, the crew is hired, but a producer produces.  We generate projects from nothing or from a book.  The benefit for me is I did not have to ask for permission to be a producer.  I just started producing.

Jackie:  Did you have a mentor?

Lori:  Fortunately for me, it was on my first movie.  Sherry Lansing (the first woman to run a Hollywood studio) generously agreed to do Bopha! with Danny Glover and Alfre Woodard.  That’s where I met Morgan; I hired him to direct.  I asked Sherry if I could please call her every other month.  I didn’t want her to think I needed a lot of time.  I wanted to be able to call someone, and she was lovely and was very generous with her time and always picked up the phone.

Jackie:  Do you mentor anyone?

Lori:  I do. The Producers Guild (McCreary is on its board) has a great mentorship program.  Some time back I asked to form a group, “Breakfast with Lori.”  Many of the questions my mentees were asking were very similar.  When I started groups of potential producers, I found a couple of things: One, everyone learned from each other, and two, they started teaming up.

Jackie:  What’s your advice for women starting in the business?

Lori:  We have so many great and important stories left to tell that I would encourage them.  This is one of the most exciting times since I have been in it.  People are looking for diverse voices and female and other genders’ points of view that 20 years ago weren’t even a discussion.  People now ask ‘why’ if there are no prominent women in a story.  If anyone reading this has the idea they would like to be a producer, you don't need permission -- just do it!