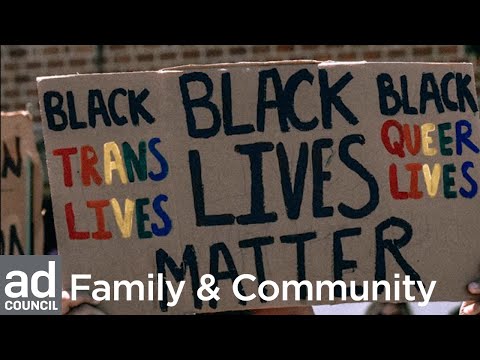 Philip McKenzie is the On Influence and Influencers column at MediaVillage. In recent weeks we have seen renewed attention on the challenges African Americans face as they navigate life in the United States. The murder of George Floyd has turned an unflinching eye on the life and death reality of policing in this country. As a result, many white Americans are coming to grips with the fact of systemic racism that stands in stark relief to their lived experience. Corporations are finally waking up to the effects that these experiences have on their ability to attract and retain diverse talent. The advertising and marketing industries are not immune and have lagged many other sectors when it comes to diversity and inclusion. The release of the letter A Call to Change, signed by over 600 advertising and marketing Black professionals, is the most recent urgent demand that the industry must change. Against the backdrop comes a new PSA Fight for Freedom that is meant to inspire Americans to fight for racial equality.

The new brand messaging Fight for Freedom is the latest campaign launched via Love Has No Labels in partnership with the Ad Council and R/GA. Love Has No Labels was launched in 2015 to promote the acceptance and inclusion of all people regardless of background, race, religion, gender, and sexual preference. Since 2015, they have created campaigns that align with that mission while accessing the brightest, creative minds in advertising. There could scarcely be a more pivotal moment in recent social activism that called for a response from Love Has No Labels. Understanding this was a moment that required all hands on deck has led to this new effort and collaboration between Ad Council and R/GA. "The campaign's message is straightforward yet profound: we all have a role to play in dismantling systemic racism in this country," said Lisa Sherman, president & CEO of the Ad Council. "It's time for Americans to listen, learn, and act. While we know these long-simmering problems are nothing new, we want to leverage this moment in time, a national reckoning with race, and inspire change."

The video itself is a one-minute meditation on the connectivity between the general notion of freedom and who is still fighting to be included. As the video begins, it is chilling to bear witness to the list of mundane activities: jogging, bird watching, and walking, which has resulted in an assault or the loss of life for Black Americans. The freedom to exist and go about your business without the threat of violence at the hands of the state or fellow citizens is front and center in the clip. Can any of us be free if we are not all free? R/GA Strategist Aaron Harridge stated, "We did this because we are educated to believe that 'freedom' is afforded to all Americans. This isn't true. We wanted to highlight the freedoms that the privileged masses take for granted. To truly achieve 'freedom' and take on the disproportionate systematic racism targeted at the Black community, we must ALL take action."

The Fight for Freedom is a call to action that is meant to galvanize both the viewer and corporate partners. Strategist Brandon Heard added, "For brands, companies, and people that choose to stand behind our message, know that activating allyship is a journey. This is just the beginning of what it looks like to turn privilege into power and to employ that power to advance the culture of diversity, equity, and inclusion." Using a platform that is all about love as a unifying force while also making a call for us to fight for our collective freedom is an important brand mission. Leaders in marketing and advertising must stand up and join the ranks of those fighting for freedom that includes all Americans. The shift from advocacy to action has been a long time coming. That shift is aided by campaigns like Fight for Freedomthat combine unapologetic messaging with a conduit for brand activism.