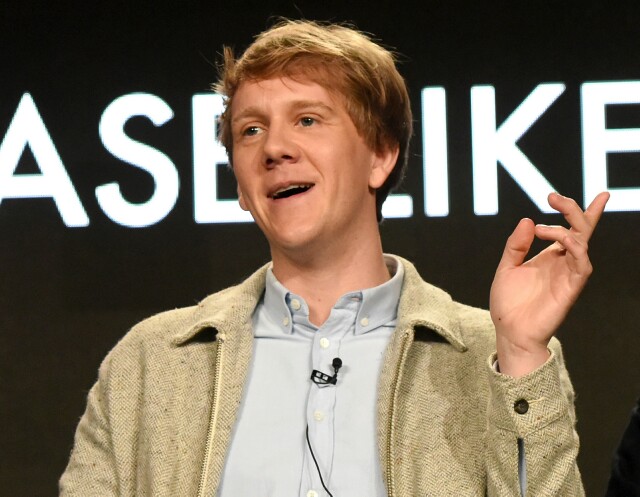 When I began watching Please Like Me I wasn’t really sure what I was getting into. Next thing I knew, the day was gone and I was somewhere towards the end of season two, wondering how this gem had slipped under my radar. Turns out the streaming gods had smiled on me once again! This series, which is created by and stars Australian comedian Josh Thomas (pictured above), was originally on a network called Pivot. After that network bit the dust, Hulu picked up the show’s six-episode fourth season and, in the meantime, began streaming the first three seasons in their entirety. (Editor’s Note: Josh Thomas was at TCA last weekend to talk about the show and it what it means to be on Hulu.)

Please Like Me does what most shows don’t -- it moves in silence. It doesn’t telegraph whatever is coming next or make itself predictable in any obvious way. It just is, the way life sometimes just is. At first glance, this story doesn’t seem to have any clear goals laid out for its characters. Rather, they find themselves in various situations and choose how to handle them.

If one thinks of this sweet show as a slice-of-life depiction of young twenty-somethings dealing with romance and the impending responsibilities of adulthood, there are countless others that come to mind, including HBO’s Girls and FX’s Atlanta.The most important traitPlease Like Meshares with those wildly successful shows is also the main reason it stands out: It is a distinctive mix of contemporary humor and emotional honesty.

This also happens to be another show that deals with mental illness in a genuinely thoughtful way. They don't trivialize or even attempt to make light of depression or its symptoms. Instead we, as outsiders looking in, are given an intimate view of the impact of this disease, not only on the afflicted but on that person's family and friends. This is the method used to perpetuate the show's underlying message: We’re all the same, because we’re all human.

The individual performances are amazing as well. I know exactly who I’m supposed to like and who I’m supposed to hate, because everyone feels so real I just want to react to each and every one of them.  I find myself genuinely hoping for the best for Josh’s fictional mum Rose (masterfully played by Debra Lawrance); their relationship in particular (Rose and Josh) is one of my favorites in the show. I also like Josh's ex-girlfriend Claire, played by Caitlin Stasey. I first saw her on The CW’s Reign,and I’m glad to finally see her do something in our time period. As a group, Josh, Claire and their pal Tom (Thomas Ward) all feel like the kind of friends I’d be glad to have, though my investment isn’t necessarily in the drama of their lives, but in their well-being as people. Getting me to care that much is no easy task, but it seems like Josh and series director Matthew Saville were up to it.

If this show followed a female protagonist instead of Josh, I don’t think it would be as special. There are plenty of shows that chronicle the adventures of a woman at that pivotal moment in her romantic life when she embraces a change that affects her and (possibly) her family and the group of friends who are with her through it all.  We’ve seen that.

Nix the chicks, give us Josh, and call it a day. He’s quirky, squirrelly, awkward and hilarious. Sure, his sexuality is literally the first topic tackled in the entire show – and in a big way -- but as time goes on the show has become less about his sexual preferences and more about who he and his friends/family are as people.  The homosexual characters in this show aren't outlandish, over-the-top depictions of members of their community; instead they're just regular guys who happen to be gay. The difference changing that one aspect of a well-known formula makes is immense, and although they didn't exactly invent something new, it often feels that way.

The idea that a gem like Please Like Me could've fallen through the cracks is a crazy one that we won't have to think about thanks to Hulu. As Josh Thomas recently said on out.com, “Thank you Hulu for rescuing our lovely little show! I hope you Americans love it as much as you love soda.”