“Man with a Plan” Dad Stacy Keach on Matt LeBlanc, Career Longevity and “The Exorcist” 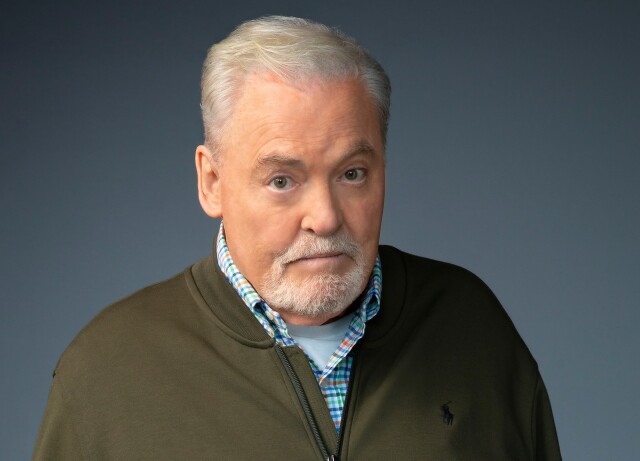 Actor Stacy Keach has been entertaining us for more than five decades, and for the last four of those, he’s been a fixture on Matt LeBlanc’s CBS comedy Man with a Plan, playing Joe Burns, father of the characters played by LeBlanc and co-star Kevin Nealon.  The series, which returned for a fourth season last Thursday, is providing some much-needed levity during our extended Coronavirus staycations, and Keach is thrilled to oblige.  “We were lucky that we wrapped [this] season before Christmas,” he told MediaVillage during an exclusive chat.  “We were originally disappointed to learn we’d be airing much later in the season, but it turned out to be a blessing in disguise!  It’s great to be able to provide a little bit of a distraction for people, and right now we all need some laughs as a lot of people are having hard times.  We all need to come together and share a few laughs.

“The second episode (to be telecast tonight) is a wonderful one for my character,” Keach (pictured below with LeBlanc) continued.  “It’s revealed that Joe has had a secret he’s been hiding from the whole family, and we find out (what it is) and why he’s keeping it.  It’s a great storyline and very, very, funny.” 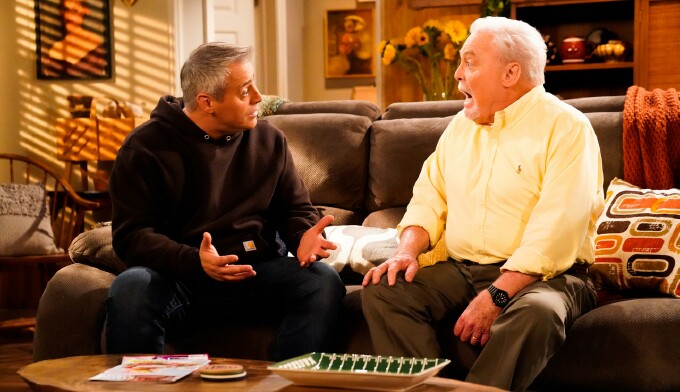 According to Keach, joining the Man with a Plan family was one of the easiest career choices he’s ever made.  “The whole thing happened very quickly,” he shared.  “I didn’t have to read with anyone and the whole experience was very pleasant.  I felt there was something special with this.  I’ve always been a fan of Matt’s.  I loved Friends and Episodes, so getting the opportunity to work with him, I didn’t hesitate.  It was basically ‘Absolutely.  Let’s go!’  I love this character.  He’s a little bit of an offshoot from the father I played on a series called Titus, as Joe has some of those same colors.

“And Swoosie Kurtz (pictured below) plays my wife,” he added.  “We attended drama school together in the early 1960s but never got to work together until now.  That was a match made in heaven.  We did know each other pretty well and fell in love with each other as students.” 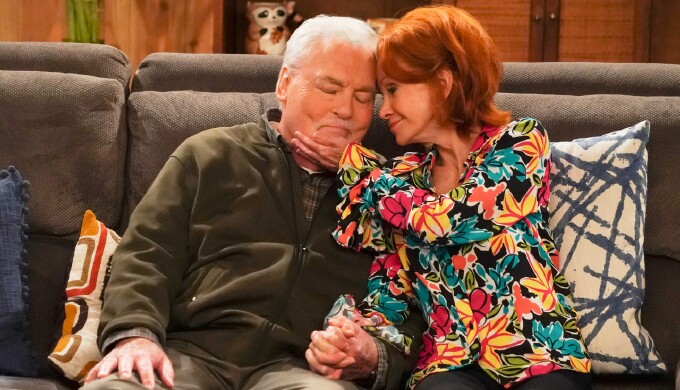 Like the millions of Friends devotees who have constantly invited Joey Tribbiani into their home via re-runs, Keach thought he knew LeBlanc.  Now, after playing his dad, he knows the real guy.  "People think they know Matt," he said.  "He’s extremely humble, gracious, and just an all-around nice guy.  He respects everyone on the crew, from the caterers to the guest stars, and is just terrific.  Working with him is a joy!  He knows his way around comedy and he’s a wonderful human being.

“I also love working with Kevin Nealon," he was quick to add.  "He’s a great guy and so funny with such a droll sense of humor.  He's like that all the time and has an extraordinary wit.  The whole set is a family environment and I just hope we can get back to it soon."

With a laundry list of credits, and years of experience, Keach is thrilled to be able to continue doing what he loves.  When asked the secret to career longevity, his reply was simple.  "Always keep a positive spin on things,” he said.  “Maybe you don’t get the part you wanted, but you keep going."  He also doesn't play favorites with the roles he's been afforded.  "When asked that I always reply, ‘the next one,’" he laughed.

According to legend, Keach turned down the role of a lifetime, that of Father Karras in 1973's blockbuster horror flick The Exorcist.  He was happy to set the record straight.  "I didn’t turn it down -- I had the part," he revealed.  "I was cast on a Friday night after a long audition, which went very well.  But my agent at the time thought I could get more money!  After the audition, William Peter Blatty (the writer) and William Friedkin (director) went for a drink and to see That Championship Season written by Jason Miller.  When my agent asked for more money they said, ‘No, we’re going to cast Jason Miller.’"

Much later Keach would get the opportunity to work on a William Peter Blatty project.  "Retribution did come in the sense that I did his next movie, The Ninth Configuration (a.k.a. Twinkle, Twinkle, “Killer” Kane).  One was about the devil, the other about a positive higher power.  But that’s the nature of the business."

As Keach continues to hunker down with his family during our current national crisis, he's not staying idle.  He's exercising regularly and bingeing Homeland, which he's thankful he waited to watch.  He's also preparing for what could be the arts’ newest form of entertainment -- Zoom Theater.  "It's one of the positive things to emerge," he said. "Gary Sloan has put together a group of actors to do a charity production of King Lear on April 21, William Shakespeare’s birthday.  It’s to raise money for a church supporting the homeless.  I’m curious to see how that’s going to work.  We could have a Zoom repertory company. Who knows?

“I think a lot of things are going to change the way Hollywood works,” he added in closing.  “In a way it already has.  I do feel very fortunate to have been there from the beginning.”

Man with a Planis telecast Thursdays at 8:30 p.m. on CBS.