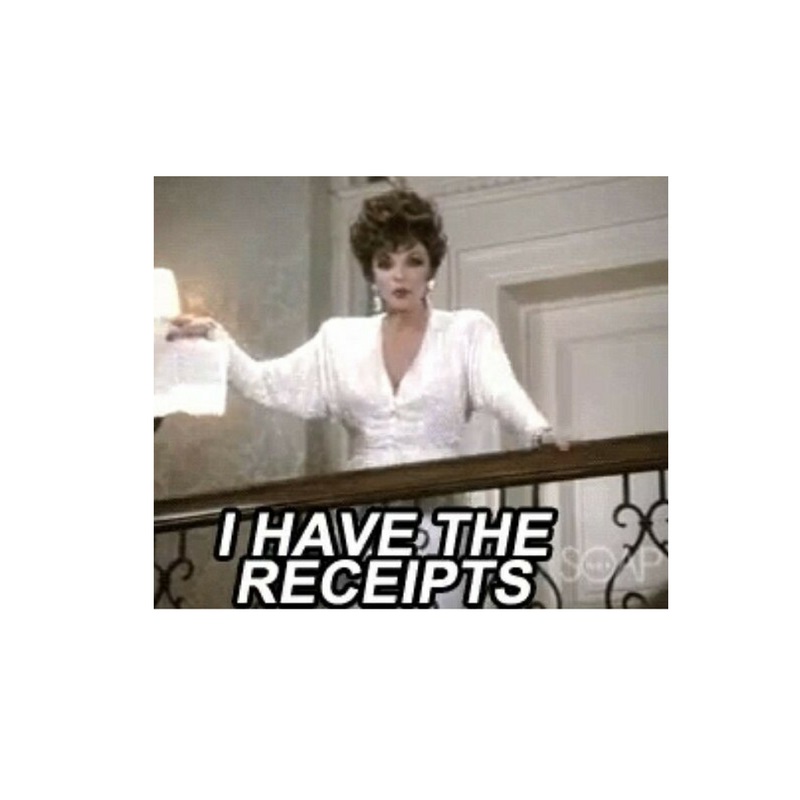 Maybe President Trump is on to something with his tirades about “fake news.”

Ha!  “Faked” you out, right?  Well, now that I have your attention … I’m certainly feeling “faked out” by “fake news” after the events of March 14.  Maybe a more accurate phrase in this instance would be “exaggerated news” or “grossly exaggerated news,” since there were germs of truth floating through it all like pollen in a spring breeze.  Certainly there is an awful lot of “false information” circulating through the media.  The outstanding new drama series The Good Fight, on CBS All Access, is currently telling a story about this, making clear how easy technology has made it for almost anyone to generate “fake news” or “false information” about anyone else and spread it out for millions of people (bloggers and “journalists” among them) to unquestioningly absorb, process and repeat.  How can skepticism not be the mantra of the moment?

Because I watched too much television on Tuesday I think I will for a very long time be skeptical about wall-to-wall “news coverage” of upcoming storms, especially when they are positioned as potentially among the worst in modern history.  And I’ll never again be able to watch Rachel Maddow without reminding myself that I’m not watching one of those painfully overlong skits on Saturday Night Live.

Local news programming in the Tri-State area was in fine freak-out mode early this week, escalating its collective stories of impending weather-related doom throughout the day and night on Sunday and Monday, no doubt reaping giant ratings as the viewing public became increasingly convinced that Winter Storm Stella would be one of the biggest weather events since Hurricane Sandy and was about to clobber the northeast. It was the first time I had ever heard the terms “bombogenesis” and “weather bomb” used in a short-term forecast.  Just saying those words out loud is unnerving.  I’m sure the ratings ticked ever-so-slightly upward every time they were spoken.

Better safe than sorry, I always say -- especially where air travel is concerned -- but this was obvious overkill, and it continued on many stations for hours after the storm had moved north.  It wasn’t the first time so enormous a false alarm had been put forth, but something about it felt forced from the start.

Are our news organizations really so reckless as to desensitize millions of people on matters of public safety and urgency?  They can’t control the weather, but certainly they could do a better job of controlling their coverage.  I’m very aware that certain areas in the Tri-State (and throughout New England) took a pounding.  But I think we can all agree that in terms of intensity this storm – warnings about which had entire states rolling up their sidewalks and shutting down on Monday night – was a far cry from catastrophic, or even serious.  It was, in a word, typical, and nothing more.  The only anomaly was in the timing, and even then a snowstorm in March is hardly unheard of.  They are known to continue into April, actually.

There was a plus side to all of this: With everyone off the streets, fearing for their well-being, road crews were able to salt, sand and plow them swiftly and efficiently, making the entire experience a one-day interruption rather than an event that would compromise activity for the rest of the week.

Anyway, media manipulation of all kinds wouldn’t be on my mind to the extent that it is had I not concluded my snow day by watching The Rachel Maddow Show go off the rails. How I wish I had been at a TV party during that one, sharing the fun throughout.  As almost everyone knows by now, “news” that Maddow had a copy of Donald Trump’s tax return began infiltrating all that non-stop “news” coverage about the storm late in the day and throughout early primetime.  It also popped up on every news site of note.

The excitement was palpable. Someone was finally going to expose something of interest about President Trump after months of his keeping so many interesting things about his life a secret. Surely this grand expose was going to propel Maddow and MSNBC into the stratosphere, eclipsing both CNN and Fox News Channel, rebooting the network in a show of unprecedented journalistic strength and dexterity.  This would be one of the most exciting hours of television this year. When had the television audience waited with such breathless anticipation and counted the minutes until an original program on MSNBCwas to begin?

And then it did ... and it was fascinating for all the wrong reasons. Maddow had next to nothing to reveal, save for copies of two pages from Trump’s 2005 return that had been provided by David Cay Johnston, a seemingly affable journalist who had anonymously received them earlier that day. She opened her show with an exhaustive lecture about the significance of full transparency in all financial and economic matters concerning any president – and also the importance of what she was about to do. Twitter went wild, making a mockery of Maddow’s smirking long-windedness and overall lack of delivery, which was considered “newsworthy” in itself, except that Twitter goes wild about almost everything.  (Reporting that Twitter was “blowing up” about something has become the go-to qualifier for lazy “journalists” everywhere.)

The humorous image of Joan Collins as Alexis Morrell Carrington Colby Dexter Rowan pictured at top, taken from one of the later seasons of Dynasty, began popping up on social media during Maddow’s show. (If memory serves those papers Alexis is holding are the deed to the Carrington mansion rather than receipts for anything.)  It was a full hour of heavily promoted “breaking news” that was in truth about 60 seconds of information about two pages of a 12-year-old tax return and then much filler, much theorizing and much speculation -- or, to be precise, much ado about nothing, purposefully packaged and promoted as an hour of can’t miss, game-changing informative television news reporting.  I’ll leave it to the “experts” (whomever they may be) to determine whether or not this had any value of any kind. But almost 24 hours later I still cannot believe what I saw and heard.

The promotion and presentation were over the top, to say the least, and really kind of depressing in hindsight. I like to think that this gross underestimation of the intelligence of the American viewing public will backfire on all involved. But again, skepticism is now the order of the day.

Staying with the disappointments of Tuesday TV, I also didn’t appreciate being made to believe via endless promos that troubled Jack Pearson was going to die in a drunk driving accident -- when, in fact, he did not -- on the season finale of This Is Us, which was telecast on NBC opposite the Maddow mishap on MSNBC. (Goodness, is that any way for siblings to behave?)  I would have watched anyway. So, too, would the millions of people who have deservedly made Us the most talked about new broadcast series of the 2016-17 season.

The actual stunner in the hour – the apparent breaking apart of Jack’s marriage to Rebecca – was much more dramatic than yet another tiresome TV car crash would or could have been. (See: The recent death of Connie Britton’s beloved Rayna Jaymes in a random car crash on CMT’s Nashville, a plot twist so massively unpopular that it might just bring about the end of this recently revitalized drama series.)

The stress Jack and Rebecca have been under in recent episodes built to a ferocious, relationship-halting, two-way verbal smack-down that made me feel as though I was right there in the room with them, horrified by what I was watching and desperate to dash outside and make my escape. It was played to painful perfection by Milo Ventimiglia and Mandy Moore.  Indeed, it was the best written, directed and acted argument I have seen between a husband and wife in a scripted series since the marriage of Tony and Carmela went nuclear at the end of season four of The Sopranos.

NBC didn’t need to fake us all out by promising something else.  But after Tuesday I’m convinced that TV will continue operating that way for a long time to come.