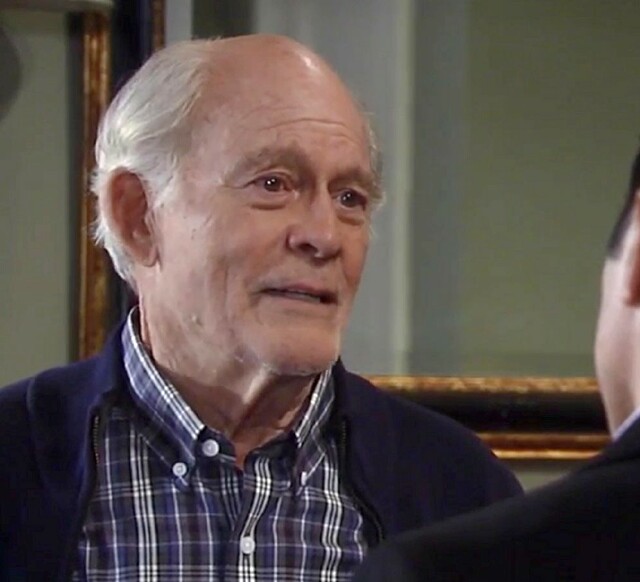 Sunday April 1 marked the 55th anniversary of General Hospital.  It is the second longest-running scripted drama in the history of television, surpassed only by Guiding Light, which began on NBC Radio in 1937, moved over to CBS Radio in 1947, then moved to CBS Television in 1952 and remained a staple of its daytime lineup until its cancellation in 2009 for a total of 57 TV years.  Surely ABC will see to it that GH in 2020 surpasses GL’s record and becomes the all-time television champion.  This GH milestone -- tagged on Twitter as #GH55 -- was celebrated on Friday March 30 with a special episode loaded with flashbacks and featuring many actors who have been on the show’s canvas for decades.  This appealed to viewers who have been with the show for decades, including me.  I first began watching GH way back in 1978 when it was on the verge of becoming a cultural phenomenon and a top moneymaker for ABC, which financed the development of its primetime programming with the money its sales team made off its soap operas.  Those were the days.

But there is another equally compelling reason to write about GH right now; the outstanding work of a new actor playing a legacy character on the show.  Max Gail, best known as the dim but dedicated Detective Stan "Wojo" Wojciehowicz (pictured below) on the classic ‘70s sitcom Barney Miller, is now giving the television performance of the year as Mike Corbin, a proud but conflicted man grappling with the onset of Alzheimer’s disease on General Hospital.  Gail received two Emmy nominations for his work as “Wojo.”  He deserves not only a nomination but a win for his portrayal of Mike. 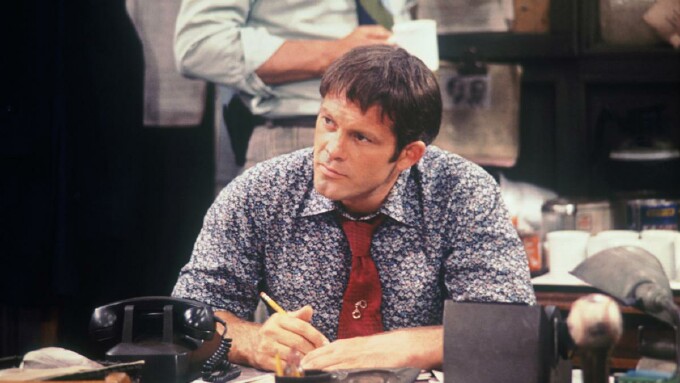 The long-estranged father of mobster Sonny Corinthos, around whom the entire show has spun for 20 years, Mike has very reluctantly returned home to his family now that Alzheimer’s is eating away at his independence.  He is still clear-minded much of the time, but at any given moment he may be suddenly lost to fury, fear or confusion, with no clue what is coming next.  All those emotions and more are right there in Gail’s eyes and expressions at all times as Mike continues a fight he knows he cannot win.

Because the show is telecast five days a week, and Mike’s storyline is playing out in most episodes, the cumulative impression so far is that of watching an old acquaintance slowly lose focus day by day.  (Mike was previously on the canvas from 1995-2010, when he was played by another excellent actor, Ron Hale, now retired.)  That's something only a daily broadcast network soap opera can do.  Gail’s bravura performance has hit GH like a thunderbolt, bringing out the very best among the talented folks who are his frequent scene partners, especially Maurice Benard (below left) as Sonny, who as an all-powerful, often-monstrous mob boss has finally met an enemy from which he cannot protect his loved ones, and Laura Wright as Carly, Sonny’s equally temperamental wife, who can do little else but support her husband and father-in-law while watching the toll that Alzheimer’s is taking on them both. 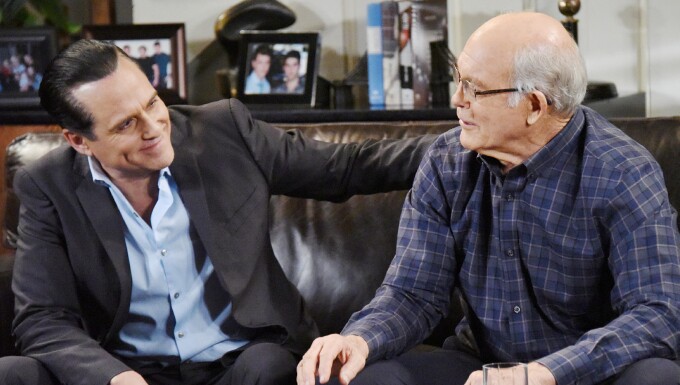 The likeable Mr. Gail did fine work on Barney Miller, reruns of which are telecast nightly on Antenna TV, but nothing about his artistic efforts on that show prepared me for what I am watching him do now on GH.  His IMDB page indicates much activity throughout his career, but I can only wonder why he hasn’t been prominently featured in major television series or movies in the decades between these two gigs.  Regardless, he has matured into one of the best actors now working in television.  I hope he will remain on camera for years to come, if not on GH then in a primetime broadcast, cable or streaming vehicle.

In the meantime, the opportunity to toggle day and night between his (or any actor’s) current work on what will soon be television’s longest-running drama and his work decades ago in what remains one of television’s all-time finest comedies is as rewarding as it is rare.  Actors of all ages should study what Gail does in both shows; the rest of us can simply enjoy and appreciate an artist in top form.

General Hospital is telecast weekdays on ABC.  Barney Miller can be seen nightly on Antenna TV.  Check local listings for both.