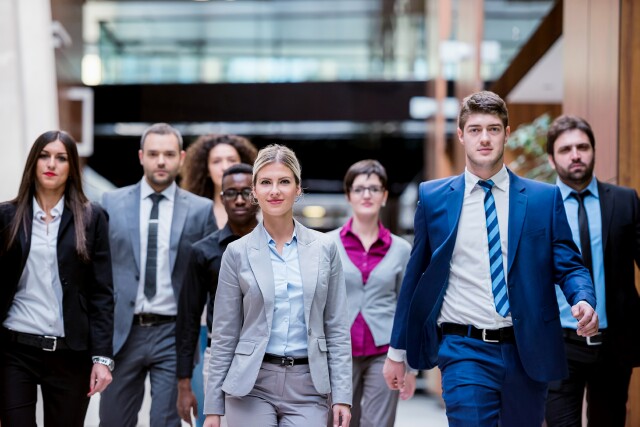 For the benefit of non-U.K. readers, two weeks ago we had a General Election.  Now, the Cog Blog is a politics-free (and click-bait-free) zone.  We have never stooped to the classic “Five Things You Can Learn from ...” trick, but for once there are some interesting lessons to be learned from the way our main political parties conducted their campaigns.  Those lessons are simple.  Use the right medium both to reach and to influence the target market.  Match the message to the medium.  Remain flexible so that you can evolve your messaging over time.  Do all you can to build empathy.

For those not in the U.K., the basics are that the Conservatives won, but really lost.  Labour lost, but really won.  The Conservative campaign was -- all agreed -- a disaster.  Labour’s was a triumph (even though they lost).

Sadly, the Conservatives acted just like the sort of client I grew up with.  They lectured, rather than engaged; consequently they bored rather than delighted.  Labour appeared willing to listen and engage.  They used media forms wisely and matched the content with the medium.  As a result they generated excitement.

Labour’s hopes rested on persuading young people to vote, and for them.  They used social media with messages that evolved throughout the campaign to match the mood.  This agility allowed them to tap into word-of-mouth, building a momentum not just amongst the young but amongst all those disaffected with the Tories.

The Conservative strategy was to shape all messaging around Theresa May.  It became clear early on that this wasn’t working.  They tried to adapt but their strategy was in itself inflexible.  They lacked agility.  It was like watching an old-school client ignore the facts in front of him as they fitted neither his narrative nor his past experiences.  And like an old-school client, when they did use social media they used it poorly, as if it were simply “old media” writ digital.

Our local MP is a well-known Conservative with a margin of over 10,000 votes. Over the course of the campaign she started tweeting what were obviously centrally generated messages. So, first off, zero empathy.

These tweets generated a considerable response (positive and negative), as tweets tend to do.  At no stage did the MP ever respond to any of the responses.  So full marks for using Twitter and zero marks for using it in the wrong way -- to lecture, not engage.  Her margin reduced from over 10,000 to just over 1,500.

The Conservatives also used interruptive banners telling me how much more I would be taxed by Labour, with numbers specific to my area.  They used data, but negatively.  Communicating a positive is more effective than slagging off the opposition (a key lesson from the EU Referendum campaign).

Then there’s the press.  Our newspapers have historically been courted by politicians of all parties who believe in the rhetoric that it’s them who really elect the Government.  In one famous example, “It Was the Sun Wot Won It.”

The Conservatives relied on the newspapers; Labour (predictably monstered by the press) had little choice but to go direct to the voters.

Labour needed to focus on young people (who as it happened voted in record numbers).  They tend not to read printed newspapers, nor do they have the time for long pieces online.  Those who do read newspapers’ political coverage favour those that broadly reflect their opinions.  So yes, the newspapers had an impact -- but only in reinforcing as opposed to changing or shaping opinion.

If you want to increase sales of anything you need to change behavior, not just rely on your committed users.

Finally, empathy.  Anyone reading this will know how important it is for any brand not only to reach people but to do so in the right context, and with the right tone to build empathy.  The Conservatives relied on Theresa May, who even her supporters agreed came across as robotic, inflexible and unsympathetic.  Maybe Mrs. May, by all accounts an impressive performer in different circumstances, could have successfully communicated a different message.  But the medium and the message didn’t work from the start, and neither evolved.

Jeremy Corbyn on the other hand listened and responded.  You may not agree with what he said but you have to admit that how he said it worked.  His message evolved as the campaign went on.  He empathized.  He was the right medium for the message being conveyed.

Reach is fine; reach plus empathy is finer.

The tabloid newspapers still have reach but their lack of empathy made them look out of touch.  Their influence on elections is damaged, probably fatally. They ranted; they scare-mongered; they lied.  They failed.

This isn’t a political blog, as I say, but (if I may indulge): Hehehe!