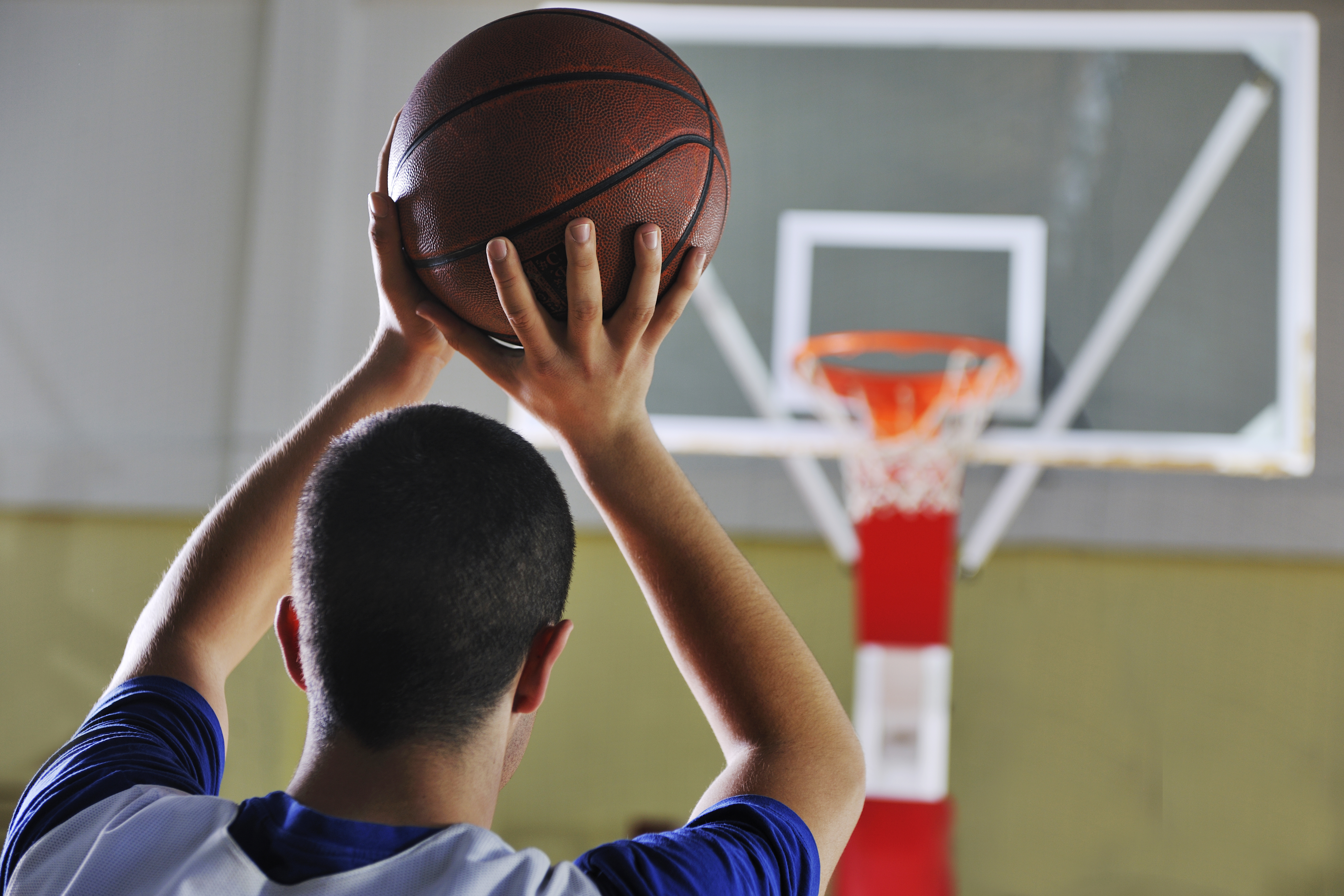 Through Advanced Advertising we can all learn a lot about the impact of action and ads alike on fan engagement during the NCAA Men’s Basketball Championship Game. While the North Carolina Tar Heels won the game and redemption, they also won the battle for social media engagement. According to 4C Insights, the Tar Heels generated over 1.7 million social engagements the day they claimed their 6th championship trophy (see chart below). I was first introduced to 4C Insights at the Broadcasting & Cable/Multichannel News Advanced Advertising Conference in New York City a couple of weeks ago. Chief Product Officer Anupam Gupta shared that the next phase of 4C’s technology is aimed at providing solutions for multi-screen convergence of audiences including linear TV. 4C already captures social media and TV-synced ads across display, search, social and video. 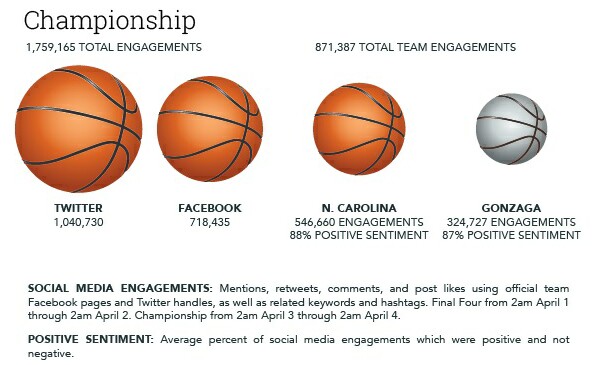 I was intrigued and wanted to see how this data would be used in actuality and they offered to share their March Madness results. To keep it simple we focused on the Championship Game. Imagine the possibilities as this is just a snapshot -- from one company -- of the type of insights Advanced Advertising can deliver.

Bud Light wins. 4C analyzed how social engagement (number of likes, shares, retweets, sentiment, etc.) on Twitter and Facebook changed in the two minutes after an ad ran on TV, providing a proxy for how ads impacted each brand. The full analysis is in the graphic below. Highlights include:

UNC’s win was the buzziest moment on social.  The final moment highlights were rebroadcast more than 800 times and drove more than 150,000 March Madness engagements.

Twitter served as the social network MVP.  Twitter was the social platform of choice for NCAA fans, seeing more than one millionengagements compared to Facebook’s 718,435 engagements.

Team engagements were neck-and-neck.  Similar to the score of the Championship Game, UNC and Gonzaga saw similar levels of engagement on social, with UNC seeing the most engagements throughout the entire tournament. 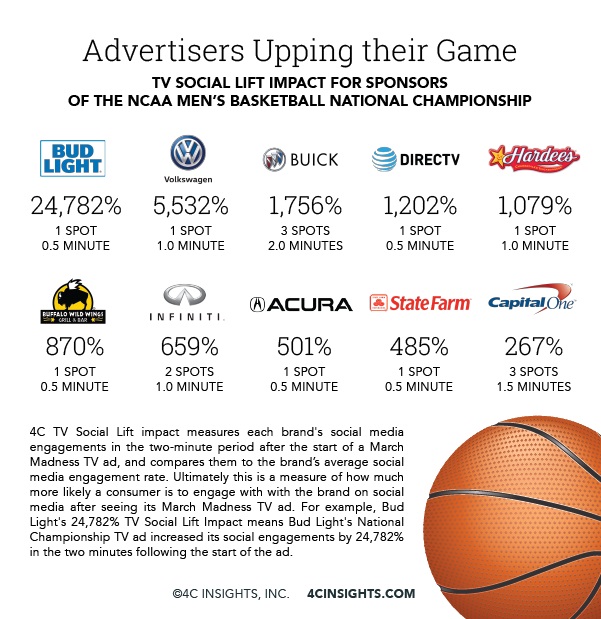 As you can see below, while social engagement didn’t reveal the ups and downs of the game, social sentiment did.

While Advanced Advertising is still in its early stages, the benefits of extending metrics beyond traditional demos and aggregating results cross-platform are indisputable.  Janet Balis, Leader of the Strategy/Customer Consulting Practice for the Media & Entertainment Industry at EY posited that scale is the key to unlock the power of advanced advertising; she challenged her panel to declare when will scale become a reality.  I would argue that day is just an extra point away.

Photo credit ® 4C Insights, Inc.The opinions and points of view expressed in this article are exclusively the views of the author and/or subject(s) and do not necessarily represent the views of MediaVillage.com/MyersBizNet, Inc. management or associated bloggers.