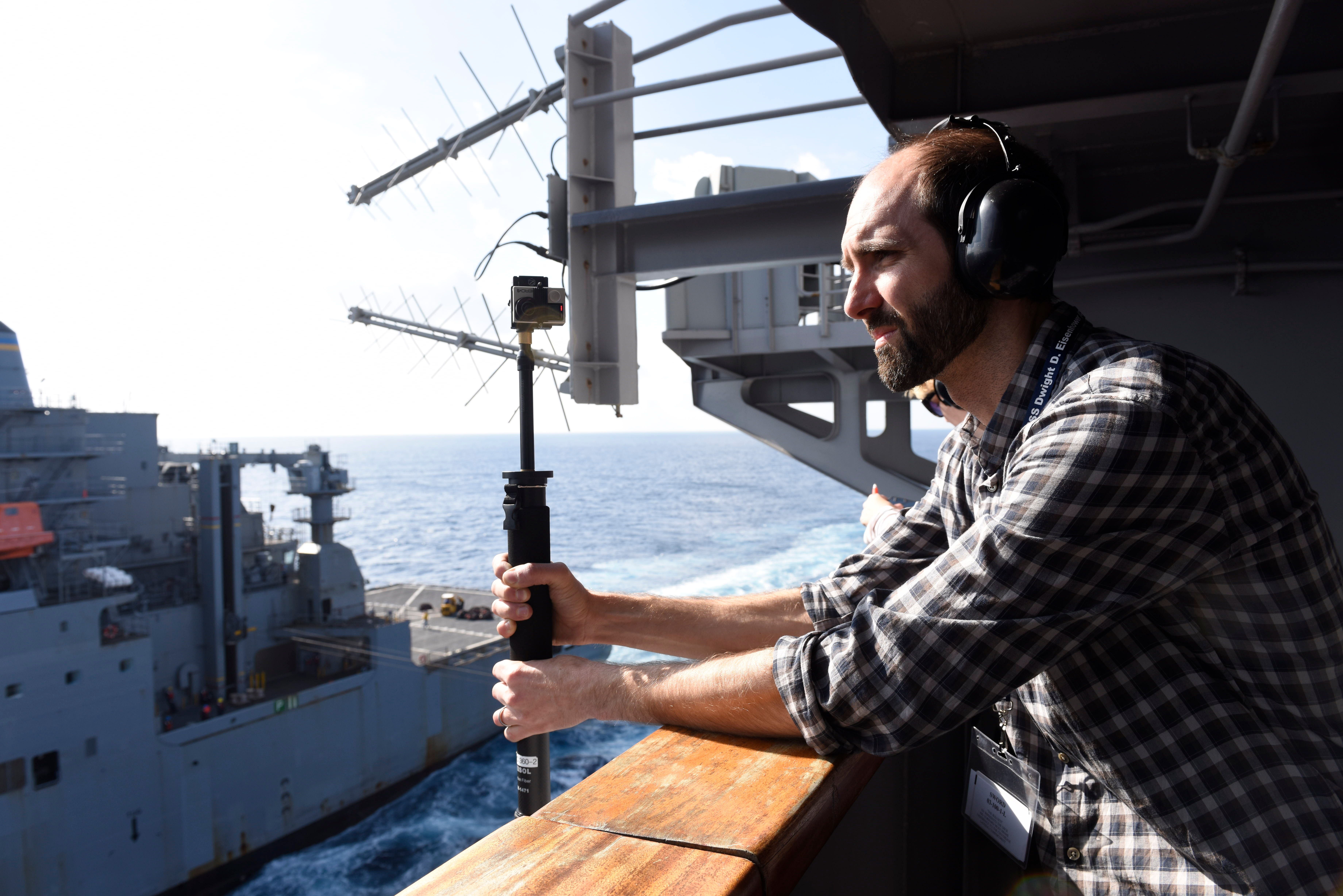 Immersive storytelling is becoming all the rage in the media and advertising industry. Brands constantly want to bring consumers into an experiential and interactive environment, but what about when it's for news and information?  Robert Padavick, Director, VR/360-degree video at USA TODAY NETWORK is a VR pioneer who is passionate about the medium and bringing stories to life in it.  His commitment stems in part from his days as a news producer (when he witnessed human atrocities on the front lines) and a clear belief that 360/VR will be a "baseline media type" for his kids when they grow up.  I recently spoke with Padavick (pictured above and below) about working in VR, the differences it makes in news reporting and how it is shaping the future.

Mary Ellen Holden:  How did your high-stakes multi-media production background prepare you for VR and 360-video?

Robert Padavick:  Working in VR is a continuation of what I've always tried to do in my career: push the envelope.  I started as an international producer at CNN in the early 2000s, part of a team responsible for figuring out how to cover the toughest, farthest-flung places in the world.  We're talking pre-9/11 Afghanistan sort of stuff.  It was an amazing education and career foundation.  At NBC News, I helped implement the use of digital video feeds back from the Iraq war.  Next, at Yahoo News I led their first original content team on a range of big-ticket experiences.  I keep evolving, because the one thing we know about media is that it's constantly changing.  Working in VR is some of the most fun I've had yet.  How often do we get the chance to work in an entirely new medium?

Mary Ellen:  How can you tell whether a news story is right for VR?

Robert:  We're still learning with every shoot. The USA TODAY NETWORK VR team has a couple years under its belt, so our instincts are pretty 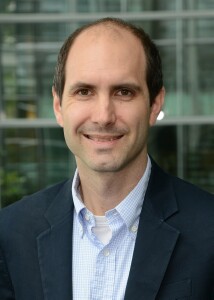 good, but we debate approaches all the time.  Practically speaking, the starting point is whether we can position our cameras where they need to be, since in VR the shot is the shot.  We obviously need vibrant visuals and audio.  If we can't capture scenes that will give viewers a natural sense of presence through VR, we have to reconsider.  At the end of the day, we know a story is right for VR when we are able to transport our audiences to places they couldn't otherwise go, introduce them to incredible characters and convey issues in meaningful ways.

Mary Ellen:  How would you sell the weekly series VRtually There to Millennials?  Would you pitch Adults 50+ differently?

Robert:  Our pitch is that VRtually There simply is some of the best VR storytelling you'll find anywhere.  We focus on the types of stories that sing in VR: amazing spectacles in nature and incredible sports.  We take audiences behind the scenes with compelling characters and give viewers VIP access to places they couldn't otherwise go.  We publish three features a week.  Our stories cover a broad range of topics, so certain demographics might be interested in certain stories.  For example, our recent features include the changing of the guard at Arlington National Cemetery and an alligator feeding frenzy.  Overall, we hope VRtually There appeals to anyone interested in experiencing the world in VR, whether they are young or old.

Mary Ellen:  How do you train your team to shoot and edit in VR?

Robert:  By doing. That's the only way. The process is so unique to the medium that the only way to learn is to experiment.  Start with a simple auto-stitch camera, get a feel for what works and build from there.  It's crucial to have passion and commitment to experimenting with the medium. There are no established precedents to fall back on -- we, collectively, are inventing them as we go.  I preach that we all must be students of the space, consuming VR regularly and absorbing lessons from our fellow creators.

Mary Ellen:  Have you ever shot "home movies" of your family in VR?

Robert:  I'm definitely the family photographer, so I have occasionally and I think it's super fun.  I try to resist the urge to overdo it.  I keep it simple and sparing, using a Theta or similar point-and-shoot, just to catch moments.  We took a family trip to Hong Kong, where I used to live, and it was great to capture 360 stills and video of the kiddos exploring to share with friends and family.  I like the idea of preserving family moments for others to experience in VR.  Just as in professional settings it has its place -- but it's not replacing 2-D.  I also love showing my kids the 360 videos I shoot. They're six and three so no headsets yet, but I feel very fortunate to have been able to show them 360 views of aircraft carriers (see photo at top), Indy Car races and some of the other cool stuff we've produced.  It's crazy to think that they'll grow up with 360/VR as a baseline media type.

Mary Ellen:  What's the one question that you have never been asked about VR that you are dying to answer?

Robert:  People never seem to ask what my favorite VR piece is (other than ones I've worked on).  It's the NBA's two-part feature on the 2016 NBA Finals.  I tell everyone I know, in the industry or not, to check it out because it's a clinic on VR production and storytelling. Also, being from Cleveland, it has a happy ending for me.