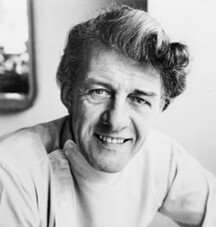 This week’s post is less topical than most and more personal -- but I hope interesting. Four years ago last Sunday one of my professional heroes and the person who taught me more than any other about the advertising business died. His name was Norman Berry.

Norman was an extraordinary man. He was born in 1931 and worked at Lintas and then at Young and Rubicam (where he was creative director) before founding what was then Davidson Pearce Berry and Tuck (later Spottiswoode) in 1964. Ogilvy acquired a minority in the agency in 1971; Norman moved to Ogilvy in New York in 1980; the agency was eventually sold to what was then BMP in the late 1980’s.

I joined Davidson Pearce as a media researcher in 1974. Maybe rather surprisingly, given my specific role I worked very closely with Norman in winning “The Observer” account in 1978. I asked to run the business and thus became one of the few with the duo title of Media Research Manager and Account Director. But actually it wasn’t that unusual; everyone there at the time will agree that they were given every encouragement to spread their wings. Furthermore all would claim they worked closely with Norman, as indeed they did. He simply was the agency.

It’s hard to imagine in these days of huge holding companies how one man can embody the spirit and the talent of such a large, successful agency in the way that Norman did. He was everywhere and involved himself it seemed in everything. Furthermore he had time for everyone -- even a media research geek.

The agency worked hard (it was the agency behind the iconic PG Tips chimp commercials as well as handling the Conservative Party account and a host of what were then high-profile clients); and it played hard (a TV documentary on “The Office Party” featured the agency’s Christmas party and can still be found on YouTube). It nurtured talent; Allan Rich, who went on to found The Media Business and, in due course MediaCom was the Media Director; Ray Kelly, who went on to be one of the founders of TMD, and subsequently CEO of Carat was a planner; Bill Jones, another MediaCom founder was a press buyer; Nigel Sharrocks (more latterly CEO at Grey and CEO at Carat) was a planner. And there were many more.

Stories about Norman were many and legendary. Most are unrepeatable (certainly in a family-friendly blog) but they all involve one thing above all others: Norman standing up for what and who he believed in: The creative output of his agency; and his staff. No one, be they clients or prospects, got to mess with either. Norman would rather resign the business than compromise his principles. (Indeed, he once resigned an account after a junior client had both insulted his staff and unreasonably rubbished the creative work, with the words, “If this was my agency ... which it is ... I would resign your account, which I just have.”)

It’s hard to imagine Norman’s principles flourishing in a huge holding company; I can’t help feeling the business and the overall quality of its creative output is the poorer for that.

Norman was a man of huge integrity. Although I last saw him in New York over 30 years ago (by which point I was at Leo Burnett) the lessons he taught me in the 1970’s have stayed with me to this day. Norman had soul. He cared. I’m not sure either quality is all that much in evidence today.