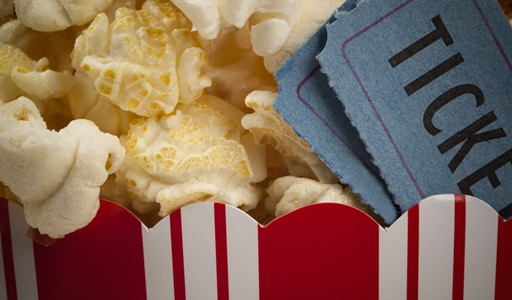 Have you noticed long lines of Millennials lately at your local multiplex? That's because 2015, predicted by many to be one of the biggest years in Hollywood history, is featuring a bumper crop of films that appeal to them -- both male and female -- as never before.

According to the January through May 2015 Nielsen Cinema Audience Reports, more than 213 million persons 18-34 (i.e. Millennials) have been to the movies in the US. so far this year — a 30% increase from the same period last year. Remarkably, it only took 31 movies to generate that kind of box office ticket sales, while in 2014 Hollywood needed 110 movie titles to generate something even close to that level of attendance.  So, why did a considerably smaller number of movies this year generate more ticket sales at the box office?   Like all good media sales, it was better targeting.  And who is that target?  Who else? The Millennial!

While we may typically think of Millennial moviegoers as young men heading out to see action blockbusters, 2015 has been a much more balanced year of films attracting audiences from both genders.  Clearly, titles like Jurassic World, or Furious 7 or Avengers: Age of Ultron have wide audience appeal infused with classic testosterone-laden accoutrements like car chases, hand to hand combat and man-against-nature run amok conflicts for guys. But ladies also rushed to the movies this year, fueled by  R-rated films such as Fifty Shades of Grey, Trainwreck, The Wedding Ringer, Unfriended, Kingsman, Focus, Magic Mike XXL and, yes, Mad Max: Fury Road — a re-boot that took a decidedly different point of view that empowered women with what could be an Oscar nominated performance from Charlize Theron.

Now, truth be told, there are in fact more R-rated films in distribution this year than last, but that's just one piece of the puzzle. Despite fewer PG and PG-13 rated film titles in play so far on 2015, attendance by Millennials is up for those two movie rating categories as well.

I find it especially interesting that two of the top five biggest box office opening weekend movies so far this year -- animated PG-rated family friendly-films, Inside Out and Minions -- also pulled in a significantly Millennial audience (as reported by Nielsen and MFour) -- demonstrating the power of a sweet and funny story to appeal to this key demographic as well:

In a way, Millennials are like any other generation … to paraphrase a classic, "If you make movies they want to see, they will come." This year, Hollywood lined up well-known franchises and actors that needed little pre-marketing to appeal to this particular age group -- think Insurgent, Pitch Perfect II, Cinderella, Spy, Avengers: Age of Ultron, Hunger Games and Star Wars.  While they may have great targeted marketing campaigns, these films really need little more than a well-timed trailer released online to set off the buzz and advance ticket sales with this group. Combine this connected momentum with a generational trend toward "disconnecting" via cord-cutting, and what you essentially have is a phenomenon in which the new digital social media is driving Millennials to the original "social" media -- the communal experience of the movies. After going to the theater with their friends in person, they then complete the circle by sharing their thoughts about the movie with their larger social network online.

And Hollywood has given them a lot to talk about! Looking forward to the rest of the summer and beyond, the Millennial buzz is high and predicted attendance figures for this key demo are strongest for the following upcoming films:

Analysts are predicting that 2015's total summer take could reach a high of $4.5 billion, second only behind the Iron Man 3-led $4.8 billion summer of 2013.  With a stellar fall and holiday movie season on the horizon, it looks like Hollywood has definitely found the right formula for getting Millennials to continue to line up at the box office this year and for years to come.