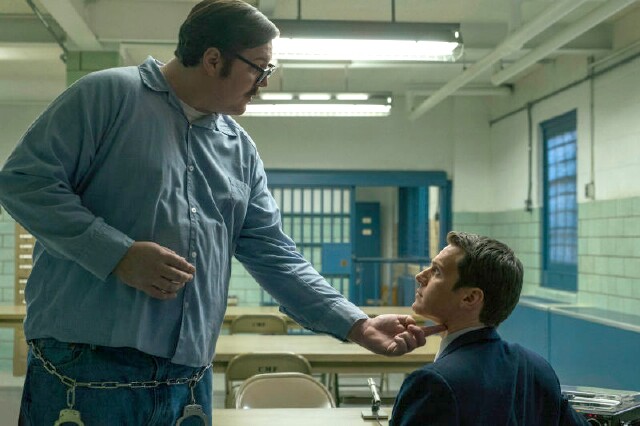 With little to no fanfare Netflix this fall debuted a complex, partially fact-based thriller about FBI agents determined to learn why serial killers commit heinous acts that turned out to be the streaming service’s best scripted effort of the year (and that’s saying something with Godless, American Vandal, Ozark, Dear White People and GLOW in the mix, not to mention new seasons of Master of None, Stranger Things and The Crown).

Set in the ‘70s, the story begins just after the arrest in New York City of David Berkowitz, the murderous Son of Sam, which seemed to inspire an outbreak of serial killings on the West Coast, sending agents Holden Ford and Bill Tench on the road to profile other monsters.  They aren’t just moving forward; they’re also looking back, hoping that by examining the violence of the past they can prevent potential horrors in the future.

They do this primarily by doing something that hadn’t been done before – interviewing convicted killers in the prisons where they are living out their lives.  The tension throughout is palpable at times (especially during the final moments of the nerve-frying season finale). But this fascinating mix of reality and fiction never goes where similar (and lesser) projects often do.  (For example, the women in the agents’ lives aren’t attacked or placed in life-threatening situations.)  Among other things, Mindhunter is all about the aftermath of crimes rather than their gory execution, somewhat like Law & Order.

New York City theater sensation Jonathan Groff has done fine work in his previous television efforts – from ABC’s One Life to Live to Starz’ Boss to Fox’s Glee to HBO’s Looking – but he has never been this good off the legitimate stage, where his talents are always displayed to magnificent effect.  His character, Holden Ford, has as engrossing an arc as any other in any television series, from reluctant and naïve to smart and confident and, by the end, uncertain all over again.  His co-stars Holt McCallany (as Bill tench) and Anna Torv (as psychologist Wendy Carr) are similarly fine, but it is the actors who portray the real-life serial killers with documentary-like precision who steal the show.

I think Cameron Britton as the towering and terrifying Edmund Kemper (pictured at top left, opposite Groff) gives the performance of the year.  Just try to take your eyes off him when he is on screen.  If he doesn’t make the little hairs on the back of your neck stand at attention and double-check that your doors are locked at night there might be something wrong with you.