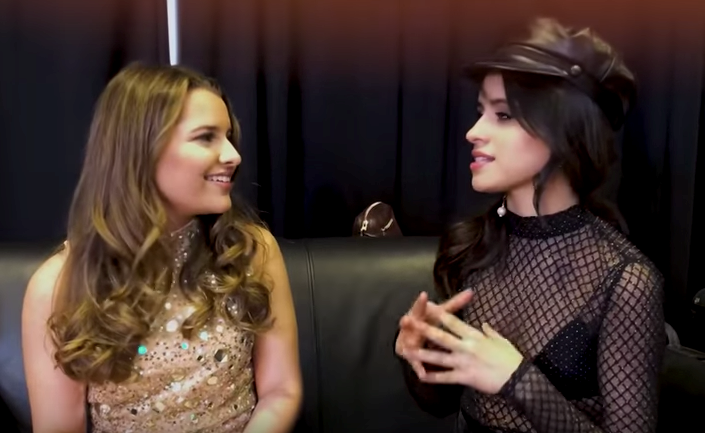 As with many great ideas, Project YouDoYou was born during a meal.  On a Sunday evening last February, David Lang, Chief Content Officer of Mindshare North America and Chair of GroupM's Center of Excellence on Content, was having dinner with his wife and two children.  The conversation centered around the world and the concerns of his kids, specifically his then 14-year old daughter.  Lang determined to do something about those concerns and challenges.  "I wanted to do something more; to leverage my position in the marketplace for the betterment of their generation, and specifically my daughter and her generation," he explained.  "I kind of had this epiphany, and I knew what it was right then.  It was a female teen empowerment initiative and I wanted it to be industry-wide.  Not just a GroupM thing, or a Mindshare thing.  The whole idea would be to help the next generation of female leaders."

On Monday morning he pulled in Tiffany Winter (pictured below with Lang), Head of Strategy and Partnerships, Mindshare Content+, and within a week the two of them had conceived what is now Project YouDoYou, a multi-platform industry initiative built on two main pillars.  "The first is inspiration," Lang said, "and the second is enabling teen girls to take action."  Taking the idea to Irwin Gotlieb, Global Chairman of GroupM, there was immediate buy-in from him and across the agency. 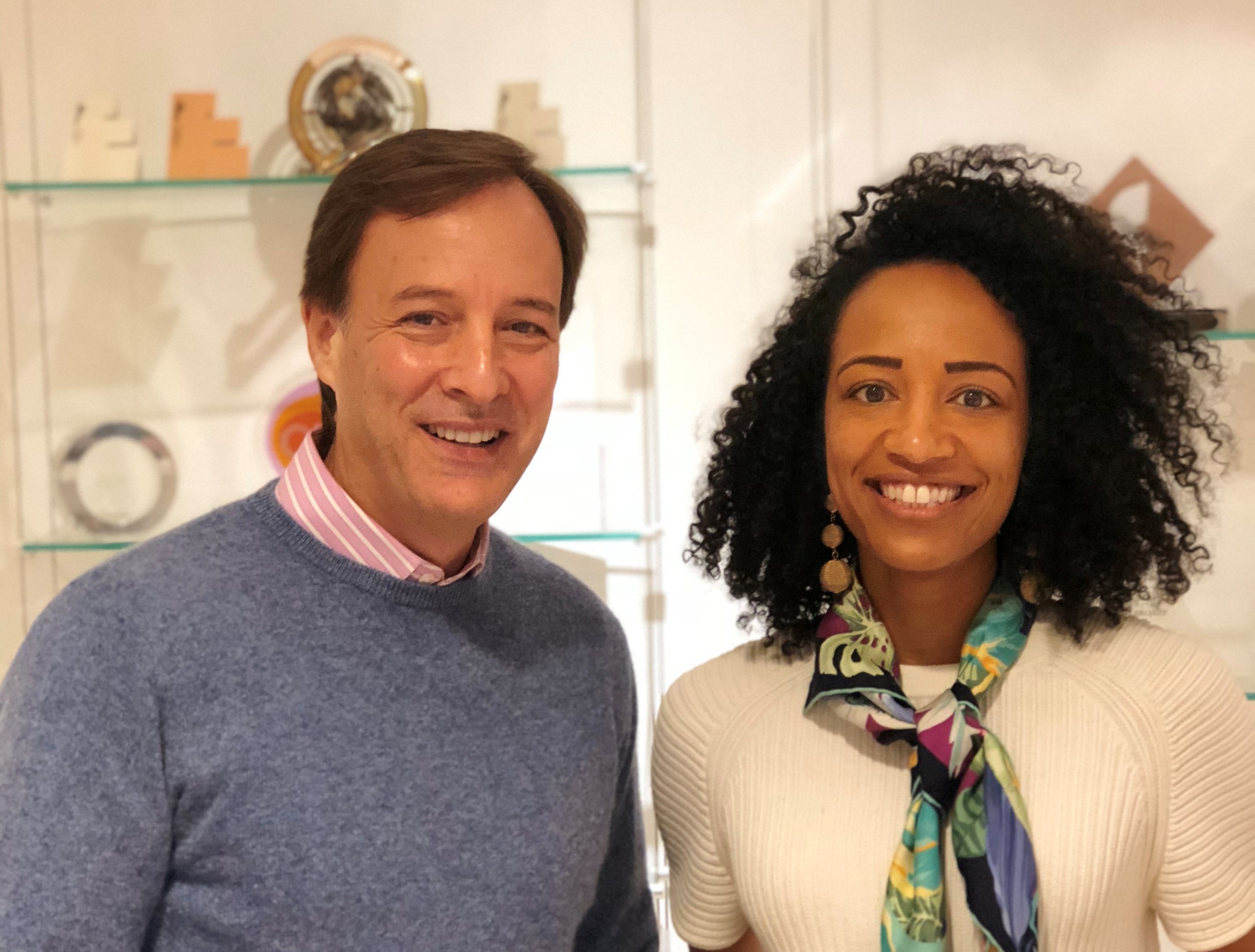 As they further developed the concept and moved toward launch, Winter and her team conducted focus groups in four different cities to confirm that this idea being cooked up by two people in an office had validity with those it was intended to serve.  Listening to young female teens discuss what was important to them, Winter realized they were on the right path and called Lang from the road.  "We're onto something!" she declared.  "This is real!  The response is better than I could have hoped."

Project YouDoYou was not conceived as a hub but as an initiative that lives on a variety of media partner platforms and channels that resonate with Gen Z girls.

The first partner to buy in early to the idea of creating an initiative to empower teen girls as both timely and necessary was iHeartMedia, Inc. which, stressed Lang, "has been the most amazing partner!  If it wasn't for Tim Castelli [President of National Sales, Marketing and Partnerships at iHeartMedia, Inc.] and Alissa Pollack [Executive Vice President, Music Initiatives and Partner Integrations, iHeartMedia, Inc.] this never would have seen the light of day.  They said, 'We are doing this; it's the right thing to do.'  They were generous enough to partner and give up programming time at Jingle Ball, the biggest pop culture music event during the holiday season." 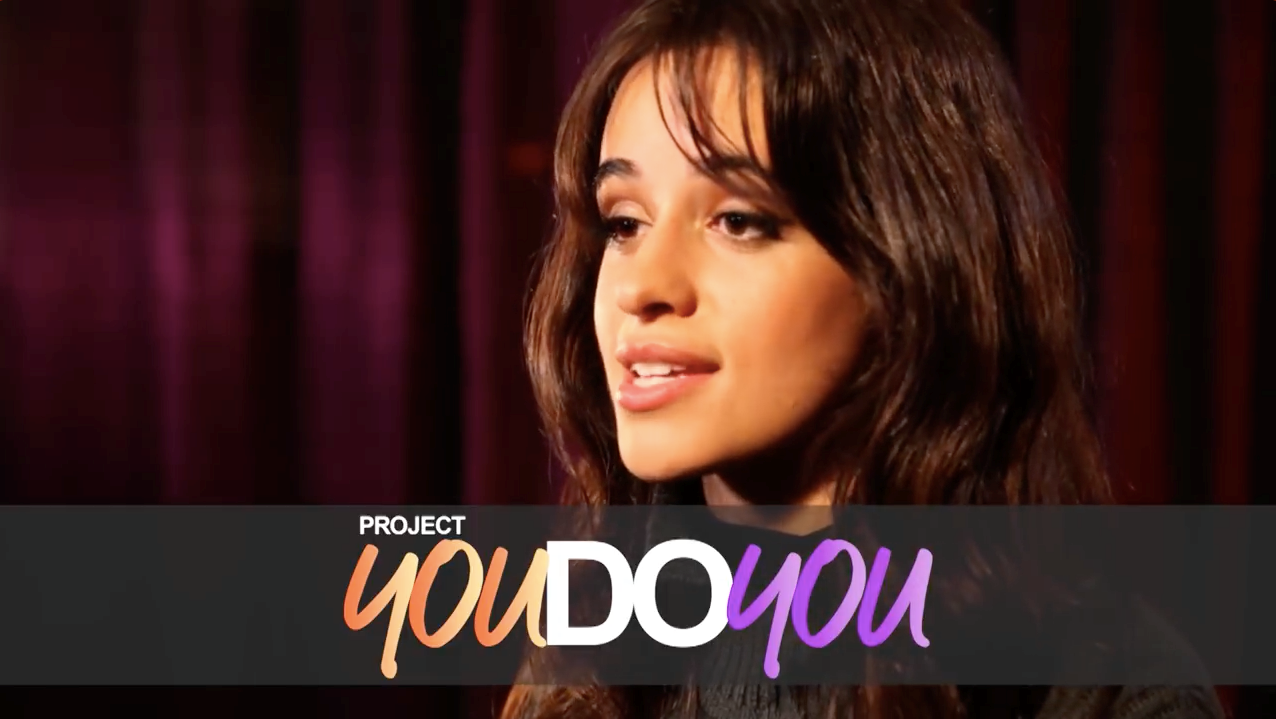 Project YouDoYou was introduced at iHeartRadio's Jingle Ball this past December at Madison Square Garden in front of a capacity crowd.  Chart topping artist Camila Cabello (pictured above) was the initiative's ambassador.  She spearheaded a nationwide contest and created various pieces of social content (online and at the concert) focusing on empowerment and being kind online.  On stage, singer Sabrina Carpenter led a pledge for the entire audience to post a #kindcomment during the holiday season.

Sammy Jaye, a teen influencer and correspondent for Radio Disney and iHeartRadio, did an interview with Cabello, which was posted to YouTube.  (Jaye, left, and Cabello are pictured at top.)  While they were together they also shot this quick spot highlighting the campaign's motto: "Behind every powerful girl is another powerful girl."  This second video resulted in hundreds of young women and teen girls posting their own version online, including the female students of one third-grade teacher who shared it on Twitter.  Lang's content team handled all the creative for the launch, while the various content/social postings resulted in over a million views.

That's the kind of thing that brings huge smiles to the faces of Winter and Lang and cements the value of the program.  But they also understand that it is not all about inspiration and show business.  Teen girls also face issues like anxiety, panic, self-esteem, cyber bullying and confidence -- and to help the initiative navigate those troubled waters, they are working with the Child Mind Institute in New York to make sure their messaging is correct and beneficial to their audience.  CMI is an independent, national nonprofit dedicated to transforming the lives of children and families struggling with mental health and learning disorders.

Project YouDoYou launched at a unique moment -- following the downfall of numerous men in powerful positions who abused that power to sexually harass women.  The timing of the launch coincidentally was perfectly timed for the current zeitgeist as female empowerment is a huge topic of conversation.  If Lang had not had that particular family dinner conversation last February, they would not have been ready at this moment.

Stressing this is an industry initiative and not just a GroupM initiative, Winter and Lang are looking to the future, which will include partnering with the ANA and their #SeeHer campaign; working on projects with iHeartRadio, Teen Vogue, Refinery29, BuzzFeed, Wasserman Media and Canvas Media Studios, and their ongoing work of more accurately portraying girls and women in media.

The team recognizes they have a roadmap for Project YouDoYou, but as Lang described, they "have to flow with the river because the world is changing so quickly with behaviors and technology."  Using a hockey analogy, he added, "One of the great things, because of where we sit, is that we get to see the cultural trends and the different media consumption habits as they are evolving and where the trends are going.  We want to create content and experiences based on where we see that puck going."

Project YouDoYou is, without doubt, the single thing both Lang and Winter are most proud of for 2017 and maybe in all the years they have been at Mindshare.  But for Lang personally, perhaps the best moment came at the Jingle Ball when his daughter looked at what was happening and said, "Dad, I'm so proud of you."

More information on the initiative can be found on Mindshare's blog post.

Mat is the founder and Managing Director of Intermat, Inc., a boutique media consulting company that specializes in both digital and linear media engagements and offers business development expertise to both emerging and established media firms. Mathew To…