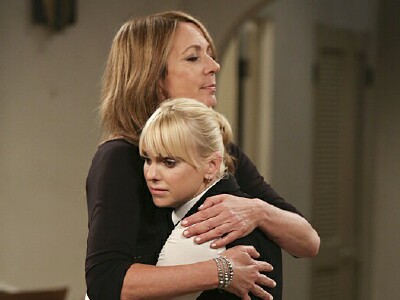 Here they are (in no particular order): The final five programs on my list of last year’s best, which has so far included “The Good Wife” and “The Roosevelts,” “The Walking Dead” and “Fargo” and “South Park” and “The Big Bang Theory.”

“Mom” (CBS) – It’s nice to see this show finally getting some attention -- the result, no doubt, of Allison Janney’s much deserved Emmy win for her portrayal of a ferociously flawed but deeply passionate substance abuser in recovery with an adult daughter who shares the same challenges. More than any other comedy on broadcast television, “Mom” fearlessly takes on relevant and often painful social issues without holding back on its sense of humor (which, admittedly, is often quite rude). The creative team behind this show continues to explore themes other comedy writers wouldn’t know what to do with, including financial desperation, homelessness, alcoholism and drug addiction, teen pregnancy, cancer and spousal abuse. No other show on television today dashes back and forth between side-splitting humor and painful reality checks while respectfully reflecting life as it is lived by millions of people. I often find myself thinking about the great Norman Lear sitcoms of the Seventies while watching this show. It’s not difficult to understand why that happens.

“Game of Thrones” (HBO) – HBO’s fantastically violent fantasy drama delivered another outstanding season, even if it didn’t contain a seismic shock that could compare to the previous year’s instantly legendary Red Wedding. We still got to enjoy watching loathsome King Joffrey suffer an excruciating death at his nuptials, and we were caught off guard by the skull crushing, brain squeezing excitement of the climactic battle between The Mountain and The Red Viper. Also, Peter Dinklage as diminutive Tyrion Lannister had his best season yet, surpassing even his Emmy winning work from the show’s first year. I’ll repeat what I say every year at this time: I enjoy “Game of Thrones” and intend to stay with it until its ending (whenever that may come), but if anything terrible happens to Daenerys or her dragons all such promises are off.

“Hannibal” (NBC) – People who assert that they have never had nightmares after watching television’s darkest and most disturbing drama are either habitual liars or have ice water in their veins. Regardless, NBC’s uniquely twisted and unrelentingly graphic "Hannibal" (pictured below), which must send executives in the network’s standards and practices department into perpetual spasms, is a showcase of first-class production values, expert storytelling and extraordinary performances, particularly by leads Hugh Dancy, Mads Mikkelsen and (when she’s on it) Gillian Anderson. How do executive producer Bryan Fuller and his writers continue to come up with such profoundly disturbing imagery and endlessly terrifying scenarios? (In one episode a man sliced up and consumed his own face!) I’m not sure I want to know. 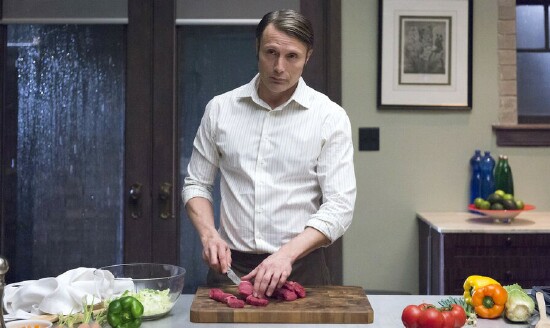 “The Normal Heart” (HBO) – Ryan Murphy’s bold and uncompromising movie adaptation of Larry Kramer’s blistering stage play about the fear, ignorance and intolerance that characterized the beginnings of the AIDS crisis was the most important television production of the year, if only because it may have reinforced the importance of safe sex for young people who weren’t around in the Eighties. Frankly, I think it should have been a miniseries, if only to allow its outstanding cast – including Mark Ruffalo, Julia Roberts, Matt Bomer, Jim Parsons, Joe Mantello, Alfred Molina and Taylor Kitsch – time to further develop their unforgettable characters.

“Louie” (FX) – I can’t help but think that if some of the greatest American filmmakers from the Seventies (when American filmmaking was at its greatest) were making half-hour dramatic comedies today many of them would play exactly like “Louie,” a show more into the moment than most, and one not afraid to put its characters into very unflattering perspectives while challenging the audience’s affection for them. This is especially true of Louis C.K.’s perfectly imperfect title character, who was stripped bare psychologically, emotionally and physically this season for all to see. What we saw (in the season’s most controversial sequence) was a man we have grown to care about and root for attempt to force himself sexually on a woman who repeatedly told him not to do so. Later (in scenes that were equally troubling), we saw her accept him all over again despite his atrocious behavior. There was a great deal more to the season than this deeply disturbing storyline – much of it uplifting and enlightening -- but Louie as sexual aggressor was the thing that got everyone talking and sent Twitter into a tizzy. How are we to view this character in future seasons? I welcome the challenge and the heated conversations that will undoubtedly follow.

That’s it for the Top 20 of 2014. I have to admit that it hurts to exclude The CW’s “Jane the Virgin,” HBO’s “Veep” and “True Detective,” Netflix’s “House of Cards” and “Orange is the New Black,” NBC’s “The Blacklist,” ABC’s “How to Get Away with Murder,” CBS’ “Person of Interest,” Showtime’s “Masters of Sex” and “Penny Dreadful,” BBC America’s “Orphan Black,” DirecTV’s “Kingdom,” Pivot’s “Please Like Me,” TV Land’s “Hot in Cleveland” and Sundance’s “Rectify.” What can I say? TV rocks.