More Uber-tainment: “Uptown Funk” By Mark Ronson and Others 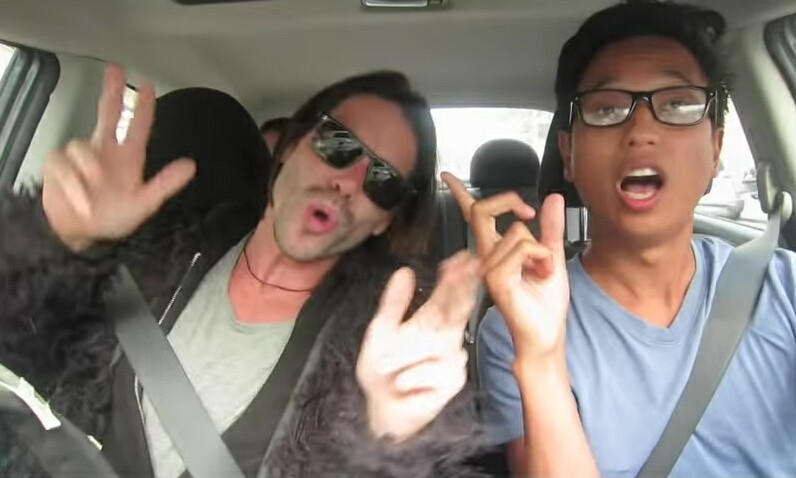 Uber driver Jonathan Gaurano – the Uber driver who created a viral video sensation by filming his passengers while they lip-synched to The Weeknd’s “Can’t Feel My Face” – has done it again. This time, happy Uber customers are shown riding in his car singing along to a recording of the Mark Ronson/Bruno Mars hit “Uptown Funk.”

As reported here, the massive popularity of Gaurano’s first foray into Uber-tainment on YouTube resulted in the powers that be at Uber flying him to Toronto to attend one of The Weeknd’s concerts and to meet the man himself. When they met, The Weeknd knew instantly who Gaurano was and what he had done. Then Universal Music Group, which owns the rights to “Can’t Feel My Face,” had the video removed from YouTube. Gaurano posted it on Facebook, which doesn’t seem to be a problem for anyone.

Undaunted, Gaurano kept the Uber-tainment going, filming passengers excitedly lip-synching to “Uptown Funk.” (In this video, Gaurano quite deliberately talks to his passengers about safety, an issue that arose with his first video when it appeared that he might not be watching the road as carefully as any driver should. He addressed those concerns on his YouTube page.)

How long will Gaurano’s video of “Uptown Funk” remain on YouTube? Will it, too, be “banished” to Facebook? And speaking of those two “new” media giants, why have they both been advertising lately with such gusto on “old” media platforms, including television and magazines? Just asking.