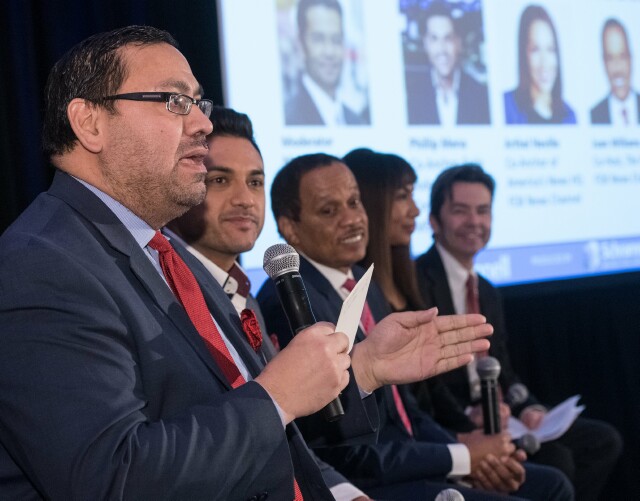 Over and over again, the conversation at last week’s Multicultural TV Summit in New York City returned to one point: There’s a growing multicultural population out there to serve, and it will take a greater assortment of scripted and unscripted content beyond what’s available now, whether produced in English, Spanish or other languages, to serve them.

“The key takeaway is that multicultural TV matters more now than ever,” reflected Joe Schramm, who heads up Schramm Marketing Group, which produces this annual summit as well as the annual Hispanic Television Summit that will hold its 16th gathering this fall in New York.  “It’s critical that TV (should accommodate both) a general market audience and a multicultural audience.  That’s the truest reflection of inclusion.”

Millennial TV viewers in particular, whether Latino, African-American, Asian, Native American or another background, are open to watching more TV that caters to their culture and aspirations, declared Fuse Media Vice President of Research, Michelle Auguste.  Among several thousand members of that demographic participating in a new Fuse-commissioned study, 82 percent love watching shows created by (and featuring) people they can relate with.

Multicultural Millennials, contrary to what some industry experts believe, are not prone to skip ads when they watch.  Ninety percent said they would watch commercials that present an honest, transparent depiction of their lifestyle.  “They want to see their reality,” Auguste continued.  “Identity is everything for them.”  At the same time, she added, programming aimed at this crowd, regardless of language, must expand to show a range of authentic multicultural backgrounds and experiences.

When it comes to Spanish-language television, services such as Univision and Telemundo are encountering head winds from advertisers despite overall viewership growth, noted Alma Co-President and Chief Operating Officer, Isaac Mizrahi.  While some companies are jumping into Spanish-language ad campaigns, many more are pulling out in favor of “total market” initiatives where Latinos are featured in English-language commercials on other networks.  “Total market is an excuse to get out,” Mizrahi suggested.  “We’re being hijacked by the one size fits all approach.  We need to push back.”

How?  Come up with new business models and creative approaches to Spanish-language campaigns, backed by more qualitative data, Mizrahi said.

A top priority for Schramm and his colleagues was to give people like Mizrahi and Auguste, who rarely opine before a TV conference crowd, considerable face time.  Both of them, along with TDW+Co Managing Director, Edward Chang; Stage 13 Senior Vice President/General Manager, Diana Mogollón, and NBCUniversal Hispanic Group Senior Vice President, Ana Ceppi, did 15-minute keynote interviews or demonstrations.  Other panels featured Jesus Chavez, Chief Operating Officer for mitú, the digital Latino English-first programmer now expanding into other ventures (including a Paramount Network series pilot and recently launched MasterChef Latino in Spanish on Telemundo) and T-Mobile U.S., planning to launch a multichannel TV challenge to cable and satellite operators by the end of the year.

“There are many ways to consume video on TV, and we recognize the new faces have a lot to say and contribute,” Schramm explained.  “I have an obligation to provide people attending (this event) with new and useful information.  That (often) comes from new faces.”

Netflix, engaged with Univision in co-producing the hit weekly drama El Chapo (with another original scripted Univision program in production), was cited by panelists at the closing general session as the best content impresario catering to multicultural audiences.  “They are doing the best right now in (both) programming and content discovery,” asserted Verizon FiOS content strategy/acquisition executive Joseph Lawson.  “The best TV platforms will offer more options and choices that leave consumers believing it’s their choices.”  (You can read our commentaries about El Chapo here and here.)

CNN talent and diversity executive Ramon Escobar invited viewers and sponsors alike to support expanded news coverage of issues and trends impacting people of color, as well as the efforts of journalists of color.  “You have to look like America to cover America,” he said. “If you do reflect America, it will pay off. You can’t run away from the world.”