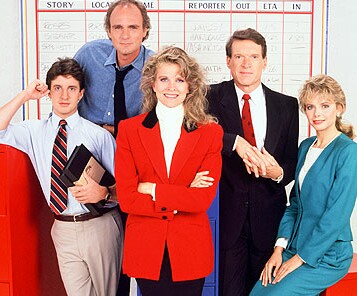 It will make many readers of this column feel quite old when I refer to “Murphy Brown,” widely regarded in its day as one of the most “contemporary” comedies in television history, as a “classic.”

When “Murphy Brown” made its debut in 1988 the American television audience, which was still fumbling with the complex settings on its VCRs and learning to cope with the frequent system failures and wretched service that characterized the early years of widespread cable television, was all too ready for a smart, sophisticated situation comedy, especially one that mined great humor from the media. There had only been one other of its type, and it just happened to be not only the finest of its kind but one of the best television series in the history of the medium (a distinction it still holds to this day). That series -- “The Mary Tyler Moore Show” -- had been off the air for 11 years when “Murphy Brown” arrived.

I recently watched the very first episode of “Murphy Brown” on Encore Classic and found that it held up as an amazing half-hour of expertly constructed scripted television comedy (which was pretty much my impression when I first watched it 26 years ago). Despite the shoulder pads in the women’s jackets and the big hair on almost everyone – and the rapid-fire references to the newsmakers and news events of the ‘60s, ‘70s and ‘80s – it didn’t feel at all dated. If anything, it evoked great nostalgia, now functioning as a time capsule of what television was like in that window between new competition from cable and the arrival of digital technology and the Internet.

By way of introducing its title character, the star of Washington, D.C.-based newsmagazine “FYI," the pilot of “Murphy Brown” begins with multiple close-ups of framed magazine covers featuring the internationally famous newswoman (played by Candice Bergen, who was honored with five Emmy Awards). Back then, and for decades before, there was no greater acknowledgment of success for anyone in almost any profession than cover stories in such magazines as Time, Newsweek, Life and Esquire, each of which is shown in the sequence. Cover stories in magazines are still coveted today (a current storyline on ABC’s “Nashville” involves the complications resulting from country superstar Rayna Jaymes being profiled for one in Rolling Stone), but they don’t have the same quality of absolute accomplishment that they once did, perhaps because the Internet has provided so many more showcases for folks who are famous, including those who don’t deserve to be. 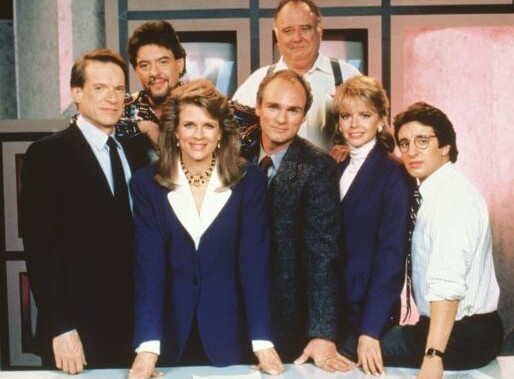 The dialogue in the “Murphy Brown” pilot virtually pulses with talk about the television business, including references to the hunger for a 40 share and the urgency of appealing to younger demographics, an unfortunate component of the sometimes ruinous relationship between advertising and most forms of media, especially the press. Demographic desirability was certainly important then, but it wasn’t yet the all-consuming obsession it would become in the ‘90s and beyond, when the manic need to attract young people would begin to compromise (and sometimes destroy) so many areas of news and entertainment.

There is something to appreciate and reflect upon in almost every moment of that half-hour, from Murphy’s habit of chewing on No. 2 pencils (about which the typical Millennial might say, “What the what?”) to the prescient casting of a controversial public figure Murphy must interview (he’s played by Tony Goldwyn, who is still stirring up trouble in the nation’s capital as President Fitzgerald Grant III on ABC’s “Scandal”). The show's absolute attention to detail and literate sophistication informed every scene in every episode that followed in the seasons to come, at least until the birth of Murphy’s baby at the end of season four, which put the show on a legendary collision course with then-Vice President Dan Quayle. (The show’s response at the start of season five to Quayle’s harsh remarks about Murphy’s status as a willing single mother remains the most meta moment in the history of scripted television. To put that in present-day terms, “Murphy” was meta before meta was even a thing. Unfortunately, the arrival of the kid seemed to soften the show in ways the audience didn't care for. "Murphy" was around for six more seasons but was never again as strong as it had been in its early years.)

Also worth noting in the pilot is the arrival at “FYI” of Miles Silverberg, a neurotic twenty-something, would-be hot-shot executive producer (played to perfection by Grant Shaud) brought on board to bring youthful energy to the show. (Says an exasperated Murphy upon learning Miles’ age, “While I was getting maced at the Democratic convention in ’68 you were wondering if you would ever meet Adam West!”) The network also has hired a pretty young blond reporter named Corky Sherwood (Faith Ford) to help raise ratings and attract younger viewers.

None of this sits well with Murphy, who wisely believes that experience should count for something in the wide world of media, especially television news. What really stands out, though, is the realization that Miles and Corky never actively belittle or feign superiority over the older, more experienced people around them. They are both smart enough to realize they can learn a lot from Murphy and other senior colleagues at “FYI.” They don’t act as though they always know best. They aren’t empowered or entitled. Rather, they are respectful, hard-working and eager to excel.

More than twenty-five years after its debut, “Murphy Brown” is still revealing more about us than we realize.