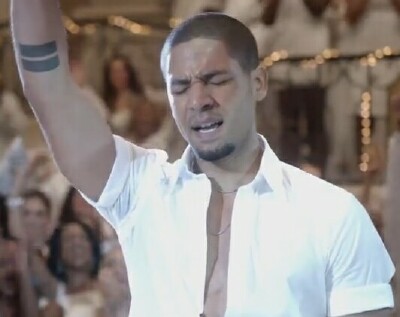 The unrelenting winter of 2015 is at it again, punishing much of the country with another blast of frigid temperatures and unwelcome snow storms. Maybe this wasn’t the right season for Pivot to launch its frosty new thriller “Fortitude” … or maybe it was, seeing as how millions of people can suddenly relate to the chilling misery of it all.

It’s been a maddening few weeks, to say the least, and it looks as if there will be more to come. At this point there is nothing any of us can do other than continue to seek random diversions from our ongoing torment.

Maybe a little music will help. Accordingly, here is an emergency video transmission from the frozen wastes of Planet Ed designed to provide momentary escape from the terrible weather. (Just click on the images below.)

First off, if this video of a dog dancing to salsa music doesn’t make you smile the cold has definitely gotten to you.

For something somewhat more substantial, here’s another look at Jussie Smollett’s dynamic performance of “You’re So Beautiful” on last week’s episode of the Fox drama “Empire,” in which his character, Jamal Lyon, came out in a big way. 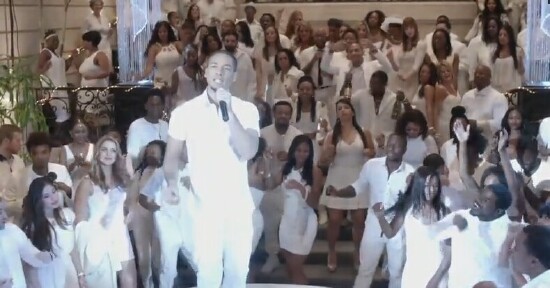 The Black Canary has been at the center of the action this season on The CW’s “Arrow,” but she was even more alluring a few years back in an episode of the animated series “Batman: The Brave and the Bold” performing with Huntress and Catwoman in a distinctive girl group known as The Birds of Prey. Watch them seduce a nightclub crowd comprised of mobsters and their molls – and listen closely to those naughty lyrics.

Sticking with superheroes for a moment, there has been a lot of talk lately about former “Game of Thrones” star Jason Momoa being cast as Aquaman in Warner Bros.’ upcoming Justice League movie. But how about this unforgettable Aquaman appearance – also from “Batman: The Brave and the Bold” (a series that really ought to be revived) – in a mashup of the story of Aquaman (aka Arthur Curry) and the wacky Phyllis Diller comedy from the ‘60s, “The Pruitts of Southampton”? Please enjoy “The Currys of Atlantis.”

Maybe country music is more your speed. You can get plenty of it every Wednesday night on ABC’s “Nashville,” which most weeks is chock-full of original country tunes. Here’s a standout song from the show’s third season titled “Gasoline and Matches.” It's performed by Connie Britton and one of this season’s outstanding guest actresses, Broadway star Laura Benanti, who has been appearing regularly on “Nashville” and this past Sunday more than held her own opposite Dylan Baker in a guest shot on CBS’ “The Good Wife.” Staying with the superhero theme above, Benanti has also been cast as the mother of the title character in the pilot for CBS’ “Supergirl.”

Still in need of a lift? Try the self-explanatory “Book of Mormon: Party Bus Edition.” Sing along. You’ll feel better. 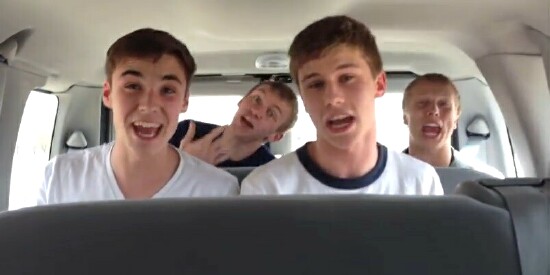 Stay warm everybody, and remember … spring will be here soon eventually.