"Narcos: Mexico": A World of Money, Murder and Marijuana 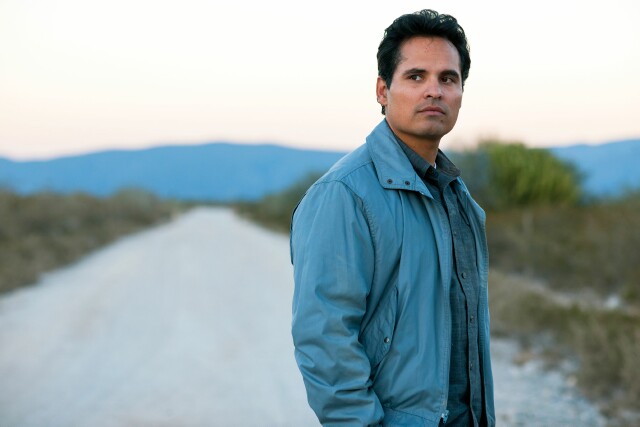 Netflix recently dove back into the sordid underworld of crime lords, cartels and callejeros with its newest installation in the Narcos series: Narcos: Mexico, an intimate look into a world of money, murder and marijuana.  Based on real events in the 1980s and starring Michael Peña (Ant-Man & The Wasp) and Diego Luna (Rogue One), N:M explores the disorganized origins of the Guadalajara Cartel, from its roots as an uncooperative collection of neighboring districts into the unified empire it would become under Sinaloan ex-cop Felix Gallardo (Luna). It also covers the trials of DEA Agent Kiki Camarena (Peña), who feels held back in his current station and decides to take a new post -- one that moves his family from California to Guadalajara itself.

Let me tell you why Narcos: Mexico had my eyes locked onto my screen and phone set on “Do Not Disturb.”  This series and others like it (Narcos, El Chapo) kind of bank on how relatable the main character(s) seem to the viewer.  Yes, these are objectively “bad hombres,” but there’s usually some redeeming quality they have when depicted in entertainment that makes it hard to completely condemn them.  In the case of Felix Gallardo, this isn’t much different.  It’s his vision and foresight that allow him to dream the unthinkable dream of turning a bunch of independent dealers and growers into an organization, and it’s his resolve and ability to adapt that help him pull it all off.

Luna’s performance paints a picture of a man who isn’t just a man of the people; he’s a provider.  People need him, and unlike a Tony Montana-type who would only really care about what they wanted, Gallardo has people he can’t let down, which is why he’s always a step ahead even when it seems he’s a step behind.

Speaking of “a step behind,” the DEA unit in Guadalajara just can’t seem to catch a break -- at least not until Kiki shows up. See, his new fellow agents have a policy that pretty much boils down to “don’t make waves,” and on top of not having any real authority in Mexico, they also make the constant mistake of assuming the various drug dealers are too unruly to ever work in concert.  What Michael Peña does is deliver a layered and believable Agent Camarena; one who’s just ambitious, intelligent and headstrong enough that he may truly accomplish some good.

Both Gallardo and Camarena, while on opposite sides of the law, yearn for the same things: respect for themselves, safety for their families and success in their careers.  Unfortunately, neither of them can have those things while the other does.

Maybe it’s the picture I already have of seedy underworld Mexico in my mind’s eye thanks to mainstream cinema, or maybe I just watch too much TV, but something about the overall tone of the show seems inherently entropic.  At any given moment, whether you can see it or not, the world feels as though it’s slipping further and further into disorder, and that implied, predictably unpredictable danger can be felt in damn near every scene.

The drug of focus being marijuana also breathed some extra life into this iteration of the Narcos series.  Colombia may have had the market cornered when it came to cocaine, but that sticky green was the name of the game in Guadalajara.  I could go on all day about how this whole operation worked, but that’s only because the realistic nature of the series makes it semi-educational.  I mean, I won’t be starting any cartels any time soon, but learning how these people did what they did was half the fun when watching the show.

Casting also played a major role in the show’s appeal.  I feel like in order for something “based on a true story” to hook someone like me, I’ve got to believe it.  I’m not saying that when I watch Michael Peña put his character in a dangerous situation that I forget he’s an actor and fear for Peña’s life. I’m saying that when I see Peña playing Kiki Camarena I don’t see him pretending.  I see Kiki, slightly more intrigued by a clue then he is scared by the danger, and I’m able to suspend my disbelief just long enough to be a little scared for the funny guy from Ant-Man.

Alyssa Diaz, who plays Kiki’s wife Mika, and Matt Letscher, who plays Kiki’s superior James Kuykendall, are both excellent.   James comes across as an authentically good guy who’s just trying to make a difference the best way he knows how.  Mika is supportive as hell, and obviously has Kiki’s back, but she’s also no nonsense when it comes to putting her foot down.  Mika and Kiki’s dynamic is a relatable and endearing one, and played a huge part in any concern I felt for Kiki throughout the series.  Without the sincerity that Diaz and Letscher lent to their characters, I seriously doubt Narcos: Mexico would’ve felt the same.

Add to this a moody and ambient score, classic Mexican music and special effects that more than rival the other shows in this genre, and Netflix has got yet another binge-worthy package.

Read my review of its El Chapo, Season 2.