Nat Geo at TCA: Continuing to Take a Leadership Position 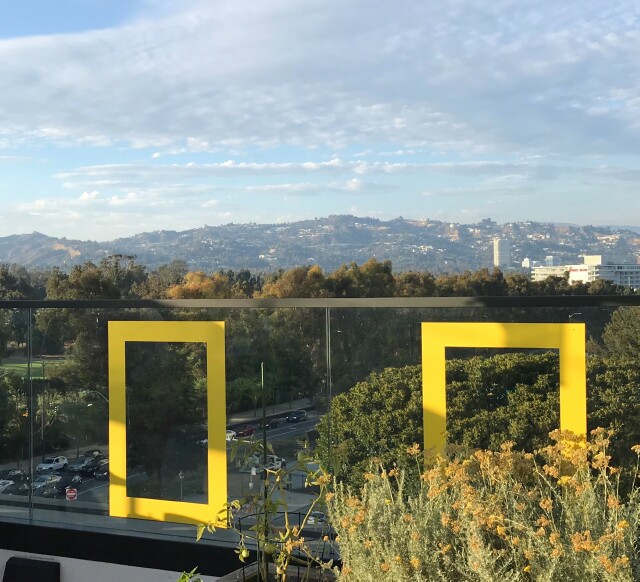 Beverly Hills, CA -- National Geographic has always been known for its outsize marketing acumen.  One look at its signature yellow rectangle, even without audio, editorial or photographic images, and hundreds of millions of people around the world instantly know and understand what’s on hand.  So, it may not be entirely fair to single Nat Geo out as the best at branding itself even at the twice-yearly Television Critics Association tours.  While it’s true that every network that presents it programming at TCA tours works very hard to do so, and even harder to stand out amid the approximately 150-plus press conferences and other events typically scheduled during them, tour after tour Nat Geo always rises to the top (as it has for many years now).  We are one week into the Summer 2019 tour, and with 30 cable and streaming services already in the rear-view mirror Nat Geo has done it again, earning what I call the Best Branding of a Brand at TCA Award.

That isn’t a real thing, but if it were Nat Geo would get my vote.  The idea came to me twice; once during each of the network’s two big events last week.  As it does at the start of every summer tour, Nat Geo put together an amazing opening night party, pulling out all the stops to the journalists together with its executives, publicists and some of its talent in a relaxed space where everyone makes an effort to get to know one another.  (Once upon a time that was a hugely important aspect of TCA tours, but as seasoned network executives began retiring and budgets started getting slashed increasingly few networks have demonstrated an understanding of the importance of relationship-building and future-proofing their businesses.  That hasn’t been true of Nat Geo, or Crown Media Family Networks, or FX Networks, to name the three that come immediately to mind.) 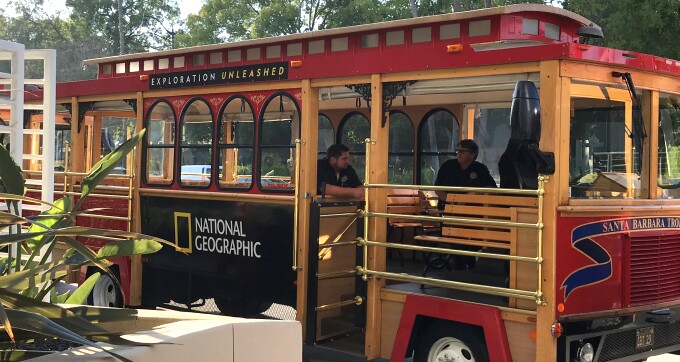 Nat Geo sent trolley cars to the Beverly Hilton, home of the summer tours, to collect TCA members and take them a short distance from the hotel to Eataly, a shopping and dining complex of its own located within the nearby Century City mall.  The views from there were beautiful, especially at sunset.  But what struck me upon arrival were the yellow rectangles displayed around the glass walls along the terrace, bathed in the late-afternoon sun.  No overt signage necessary.  In keeping with Nat Geo’s standard of high quality, the food and drink were top-notch.  And there was no shortage of interesting, productive conversation.

The brand reinforcement was even more spectacular the following afternoon in the half-hour before the beginning of Nat Geo’s three-hour session consisting of seven press conferences.  The stage was awash in yellow lighting, which gave everything from the lighting racks to the chairs the talent would be sitting in an intense yellow shine.  Unfortunately, the picture below doesn’t quite capture the “yellow” of the moment, but the branding was striking, and in its own way set the tone for the sessions to follow. 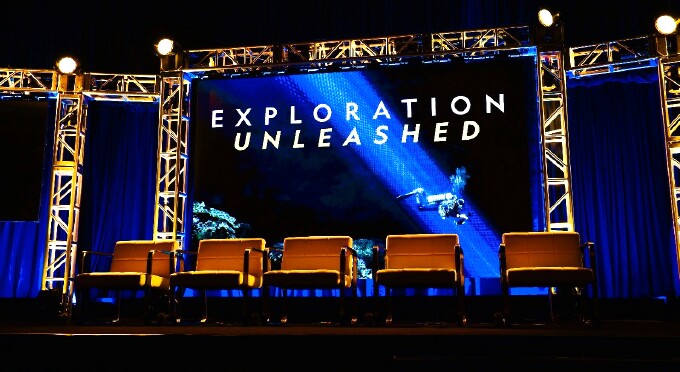 As with Discovery Networks, and the many panels presented by PBS, a few hours spent with National Geographic during a TCA tour can feel like a quick trip to grad school.  Journalists don’t just learn about upcoming shows – they are often taken on deep dives into the content explored in those shows, from nature to science to societal issues to politics.  But there is always plenty of room therein for news about the network(s), too.

For example, National Geographic Global Networks President Courteney Monroe began her executive session by reminding us that a lot had changed since Nat Geo appeared at the January 2019 TCA tour.  “Let’s see, we joined the Walt Disney Company, we won an Academy Award, and we received 15 Emmy nominations,” she recalled.  “I would say that’s not a bad couple of months.  Considering the staggering amount of competition in consumer choice which just seems to mushroom every day, I could not be more pleased with the ways in which we continue to punch above our weight.”

After listing all of Nat Geo’s accomplishments during the three years, Monroe added, “All of this has resulted in us being named by Harris EquiTrend as the number one network for Brand Momentum.”

Highlights of Monroe’s session included the announcement of a special episode of Drain the Oceans scheduled for September that explores the cave system in Thailand that was the center of global attention when 12 boys and their soccer coach became trapped deep inside it for 17 days last summer; a first look at footage from the Canadian Arctic for Planet of the Whales, a six-part documentary series currently in production; a new partnership with BBC Studios and James Cameron on the ongoing series Mission OceanX, which will chronicle the work of scientists on board the Alucia2, a state of the art ship that Monroe referred to as “the most advanced exploration research and media platform ever built … capable of going to the greatest depths and furthest extremes to crack open the mysteries of the ocean and the creatures that live there”; a two-hour documentary about the animals that inhabit the very different regions of China titled The Hidden Kingdoms of China, anda follow-up to the award-winning documentary Jane titled Jane Goodall: The Hope.

Monroe also said that two new projects that she hopes will become Nat Geo’s first two recurring scripted drama series, Barkskins and The Right Stuff, have begun production.  Set in the 1690s, Barkskins is about a disparate group of European immigrants seeking their fortune at the edge of the civilized world.  Marcia Gay Harden and David Thewlis star.  The Right Stuff, based on the bestseller by Tom Wolfe, tells the story of the beginning of the U.S. space program.  “Across multiple seasons, the series will chronicle the complete history of NASA’s space exploration programs, while showcasing the dramatic and complicated personal lives of the astronauts at the center of each mission,” Monroe explained.