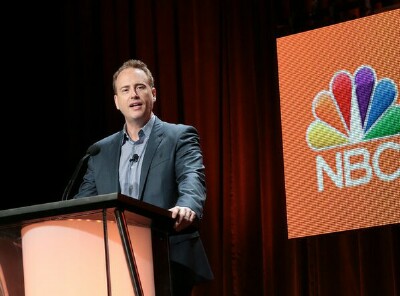 Beverly Hills, CA – NBC put on a jam-packed and very effective day Sunday at the Summer Television Critics Association tour, which included panels for all of its new fall series, its upcoming telecast of the 66th Annual Primetime Emmy Awards, show-runners from several of its returning shows (including The Blacklist, Grimm, Parenthood and Chicago Fire, among others) and one that mesmerized the roughly 250 reporters and critics gathered here: A heavy duty crash course in the ever-changing art of total audience measurement presented by NBCUniversal Research and Media Development President Alan Wurtzel.

There were many surprising facts and figures in Wurtzel's presentation, but few more eye-opening than this: "If you compare the DVR ratings in primetime to the average four network live numbers … what you realize is that not only is DVR playback in primetime the #1 network, but it's basically equivalent to all four combined."

As is the norm on broadcast days at TCA tours, it was the session with the network's top executives – NBC Entertainment Chairman Robert Greenblatt, NBC Entertainment President Jennifer Salke and NBC Entertainment Alternative and Late Night Programming President Paul Telegdy – that drew the largest crowd and made the most news. Greenblatt was especially upbeat, talking at length not only about NBC's recent growth (up 10 percent this season in the 18-49 demographic and the only network to be up year to year, he said), its seasonal standing as No. 1 in the 18-49 demo (even without those big numbers for the Olympics) and its success this summer with such original programs as America's Got Talent, American Ninja Warrior, Last Comic Standing and surprise summer hit The Night Shift, which enjoyed the strongest launch of any summer drama series on NBC in 14 years. Meanwhile, ratings for The 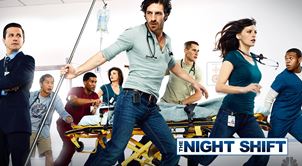 Tonight Show are at a 20-year high for the franchise and NBC has two giant events coming in the season ahead: The December 4 telecast of Peter Pan Live! (featuring Christopher Walken as Captain Hook) and the Super Bowl.

Greenblatt also said that NBC had just wrapped "a fantastic" Upfront and that even though the marketplace was "tougher" this year his network led the broadcasters "in both volume and pricing increases." NBC "took in an additional $300 million more this year than last year, which is saying something since last year was a ten-year high for us," he added.

Another surprise in the session, which may not have been actual news but was largely unknown to most TCA members, was the reveal that NBC is developing a new situation comedy starring a veteran of the network's legendary Eighties schedule, Bill Cosby. "It's a multigenerational family show," said Salke. Cosby plays "the patriarch of the family dispelling his classic wisdom on relationships, parenthood, everything in life … it's him with three daughters with husbands and grandchildren ... It's just a classic, big extended family sitcom." The show is still being written; Greenblatt and Salke said it would likely not arrive on NBC's schedule before summer or fall 2015.

Greenblatt in the past has expressed a certain level of envy for cable networks that are free to develop programming without broadcast-level concerns about content. When one reporter noted that he couldn't think of a show that is darker than NBC's Hannibal and asked why the network can't "do a True Detectiveor a Fargo," Greenblatt didn't have a particularly strong answer. 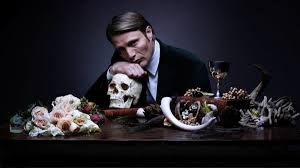 "That's a really good question, and I don't know if I can answer it, because Hannibal is one of the best shows we have creatively, and it's one of the best reviewed shows that this network has had since I've been here, in three and a half years," he said. "We still struggle to find an audience for it. It's great. We're keeping it going. We keep trying to build the audience. If this were on a cable network, the small audience wouldn't matter and it would be deemed successful, more successful than it is on our network. I don't know why five million or eight million people won't watch 'Hannibal' on a broadcast network."

"Three million might watch it on Showtime or two million on another cable network, and that's okay," he continued. "The minute you try to do something that is dark and subversive and frightening and gets into that territory, you start to peel away the mass audience. It's just the way it is, because the quality of that show is undeniable."

The producers of Hannibal "just pitched the next season and it blew us away," Salke added. "You can't help but get really excited about it, but … we read a lot of the research and … it's like, 'Oh, this cable show is on NBC.' So that's how they kind of view it."