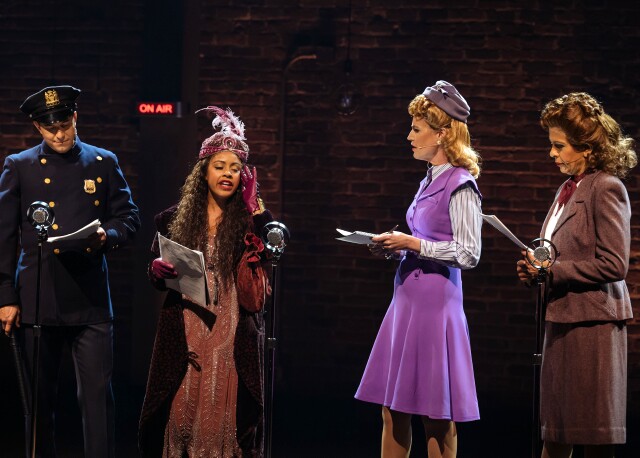 A stellar cast led by the anchors of Today and other NBC News programs treated an Off-Broadway audience late last month to a live, one-time-only performance of the classic 1940s detective spoof "Murder in Studio One" by one of American radio's greatest writers, Norman Corwin. The recorded results will be shared with Today viewers in a segment on the show's May 18 telecast, and with Audible Theater listeners in a future podcast. 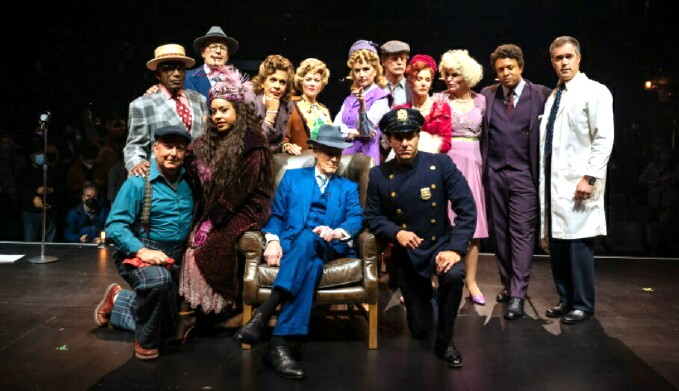 Decked out in period costumes matching the personalities of their colorful characters, this astute assemblage stepped up to their vintage mics on a Minetta Lane stage dripping with 1940s ambiance, and dug into their respective roles with gusto, apparently enjoying themselves immensely, as did their enthusiastic audience.

And why not? Although most of these prominent television journalists were making their Off-Broadway debuts and had never done a live "radio play" before, all of them are seasoned pros who are awfully good at their respective day jobs, and no strangers to showbiz. So, under the direction of Today's Special Projects Producer Robin Sindler -- and with guidance from dialect coach Jordan Yanco -- they really sank their teeth into the task at hand and did not disappoint. 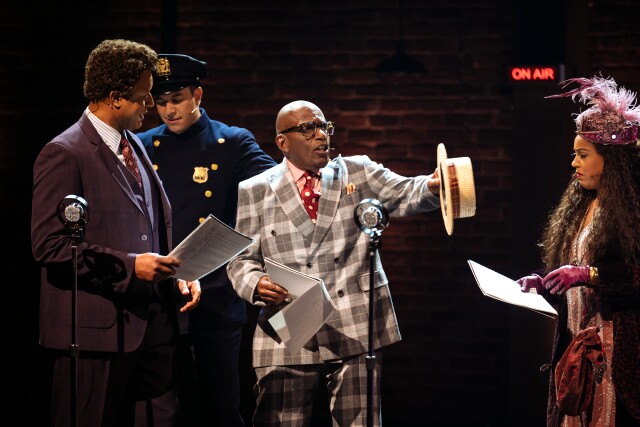 It also did not hurt that their material was not a time-worn example of a typical radio mystery script of the 1940s, but rather a carefully crafted lampoon of the detective genre by a man whom many critics and media historians consider "the poet laureate of radio."

Although his name is much less recognized today, Norman Corwin was one of the most famous writers in America when "Murder in Studio One" first aired on October 12, 1941, with actress / playwright Ruth Gordon starring as Cameo Klopf, and the popular radio comedienne Minerva Pious as her sidekick. It was the 23rd broadcast of Twenty-Six by Corwin, a CBS series of 26 original radio plays written, produced and directed by Corwin, featuring the country's top acting talent -- all broadcast live to an audience of millions, with a new show every week, for a full half-year. Think about that for a minute.

Corwin, who died in 2011 at the age of 101, enjoyed an incredibly long career as a radio dramatist, producer, director, screenwriter, essayist and educator. His remarkable radio work during World War II -- including We Hold These Truths, a celebration of the Bill of Rights that aired a week after Pearl Harbor; On a Note of Triumph, commemorating V-E Day, and Fourteen August, marking the end of the war -- ranks among the most acclaimed and listened-to radio programs ever broadcast.

Garnering two Peabody Awards, an Emmy, a Golden Globe, an Academy Award nomination (for the screenplay of Lust for Life in 1956) and a slew of other honors, Corwin published about 20 books, kept writing throughout his life, and continued teaching journalism at USC until the age of 97.

Yet perhaps Corwin's greatest legacy is the generations of writers and artists who credited his work as a major inspiration for their own -- from science fiction writer Ray Bradbury (who called him "the greatest director, writer and producer in the history of radio") to TV creators Rod Serling, Norman Lear and Gene Roddenberry; filmmaker Robert Altman; novelist Phillip Roth; comedian Robin Williams, and many more.

And he was pretty inspirational to me, too. As a media and theatre student developing a passion for radio drama in the 1970s (when hardly anyone was still doing it), it dawned on me that much of the radio programming of the past that I most admired was Corwin's work. Over the years, I had the privilege to direct a few of his radio plays for the air, as well as live, onstage theatrical re-creations of several more.

Once, in the early 2000s, after discovering that we had mutual friends among some of my theatre acquaintances in Connecticut, I got up the courage to shoot off an e-mail to Mr. Corwin. To my shock, he eventually replied, with a phone call – and for a few minutes, I had a chance to chat (or, more accurately, stammer nervously) with my idol.

I hope you'll find Corwin's work inspiring, too, as the combined forces of NBC News, Today and its cast, and Audible Theater bring his "Murder in Studio One" back to hilarious life.

Corwin's 1941 original was adapted for the occasion with permission from the Norman Administrative Trust. Proceeds from the live performance are being donated to Boys and Girls Clubs of America. 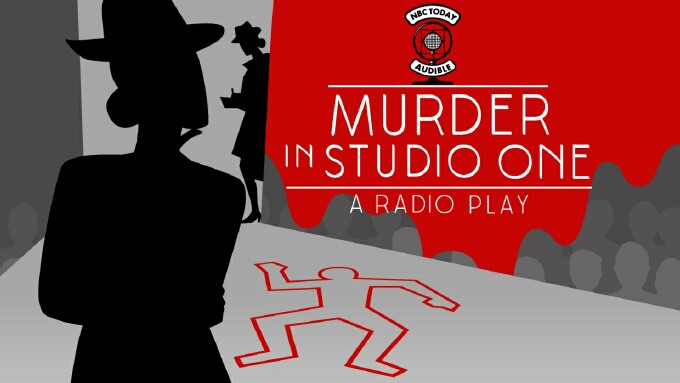