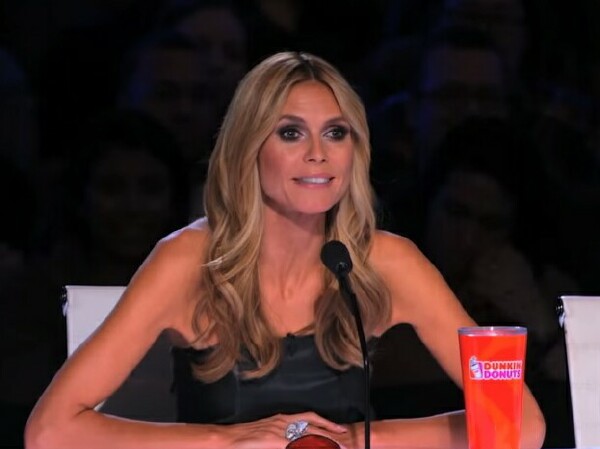 Every network on broadcast and basic cable has been experimenting with ways to DVR-proof its value to advertisers, but few have come up with as effective a strategy as NBC's long-running summer hit America’s Got Talent and its most visible sponsor this season, Dunkin’ Donuts.

Even when channel surfing past AGT last week, stopping only to see if the act of the moment was one I might be interested in watching (as, surprisingly after 10 seasons, many of them are), I immediately took note of the tall glowing objects perched atop the judges’ table, one for each judge: Howard Stern, Heidi Klum, Mel B and Howie Mandel (easily the most entertaining group of judges on any reality program currently on television).

It took about a half-second for me to realize that the glowing objects were cups, positioned as many a cup has been on other competition series including Fox's American Idol (promoting Coca-Cola) and The X Factor (promoting Pepsi).  But at first I didn’t recognize the color scheme, which appeared to be brilliant orange with a touch of pink from certain angles.  So of course I stopped right there and watched until I could get a good look. Interestingly, the cups stand out even when shown from behind the judges’ table while crazy acts like this one are commanding attention from people in the theater audience and at home.

Something about the strange glowing orange cups commanded my attention more than the red Coke cups or the blue Pepsi cups ever did on Idol and Factor, respectively, or the yellow Snapple cups seen last summer on AGT.  (Regardless, there is no denying the effectiveness of all of those beverage holders positioned in prime prime-time real estate.)

Even if I hadn’t been able to identify the eye-catching cups as promotional objects for Dunkin' Donuts (since the only cups I know from DD stores are either white Styrofoam for hot coffee or clear plastic for cold drinks) it would have been obvious to me before long, because the show more than once cut to a room off stage that appeared to be a lounge for the judges, and there were boxes of Dunkin’ Donuts positioned all over the place – enough to bring about cravings in a hungry viewer, except who eats donuts at night, right?  (Maybe the Today show ought to do the same thing.)

The AGT-Dunkin’ Donuts relationship went into orbit when Klum gently touched the donuts on display, lovingly talking about how much she enjoys them.  (Are we to believe that the glamour-thin Ms. Klum actually eats donuts? In fact, she stated that she likes the cream-filled ones the best.)  Does watching Klum touch and bite and delight in donuts plant a product-positive image in the minds of impressionable young viewers?  You betcha.  (For the record, there are also traditional commercials for Dunkin' Donuts scattered throughout the show.)

With all that donut love and all those glowing cups, thoughts of Dunkin’ Donuts can’t help but float throughout AGT despite distractions like this: 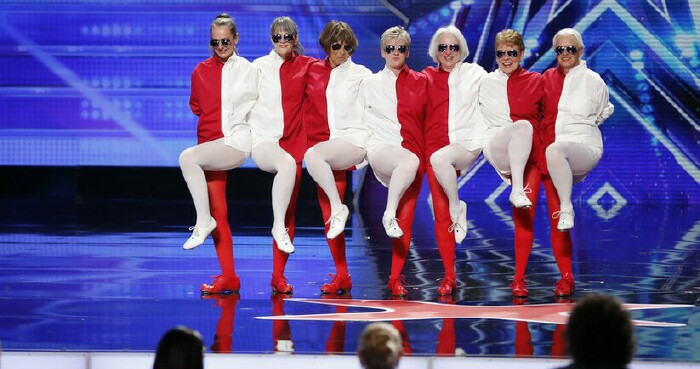 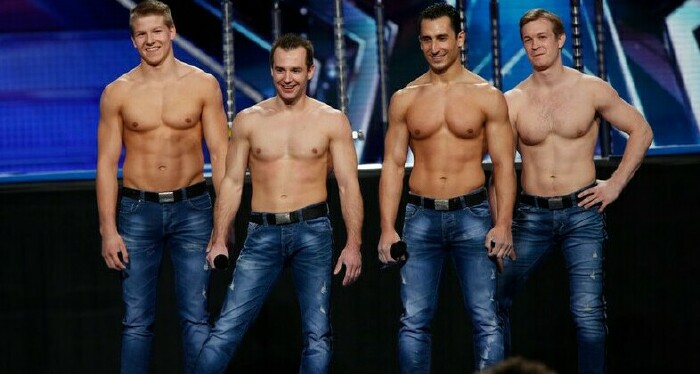 And so it is that every week on this show two messages come through loud and clear: America does indeed have talent and AGT does indeed run on Dunkin.