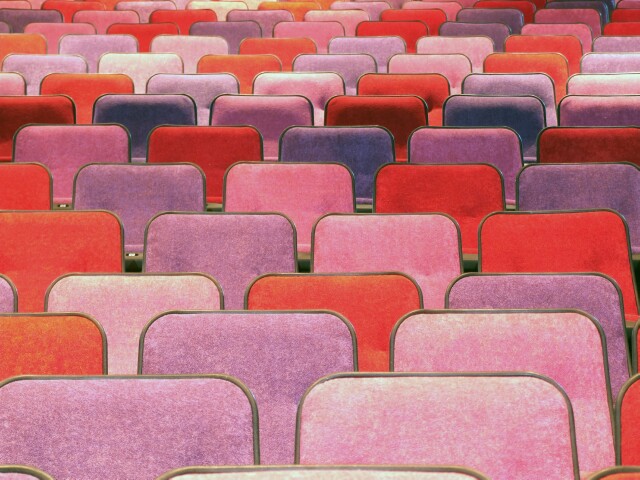 The announcements earlier today that ViacomCBS and NBCUniversal have cancelled their traditional Upfront plans made clear that it will be a Virtual Upfront for all, calling for new ideas, forward-thinking concepts and the establishment of a new way of putting forth Upfront messages that may become the norm going forward.  These cancellations followed those of A&E Networks and AMC Networks at the start of the week.  (Update:  WarnerMedia/Xandr, The CW, Fox, Disney/ABC and Discovery announced that their scheduled Upfront Week events have been cancelled after this story was published.  WarnerMedia will present "a unique video experience" on May 13.  The CW is exploring "alternative and innovative ways" to communicate its overall strategy, showcase its new and returning programming and present its upcoming fall schedule to advertisers, press, the industry and fans.  Discovery has prepared an "alternative digital experience to showcase the company, portfolio and advanced advertising products to its clients and agency partners."  More details about all of this will be announced at a later date.

NBCU in its announcement suggested that it will produce a program of some kind that will be streamed not only for advertisers, marketers and the press, but for consumers as well.  It will be interesting to see what they come up with, given that television productions, movies and theatrical shows are beginning to close down or making plans to do so.  Nobody is safe, and now that a beloved Hollywood celebrity and his wife have Coronavirus, nobody in the business will be willing to take chances.

Meanwhile, ViacomCBS has simply said that it will release details of its new Upfront plans at a later time.

"In light of recent developments and the current guidelines being set by health officials regarding COVID-19, The CW Network has decided to forego its traditional live upfront presentation scheduled for Thursday May 14 at City Center Theater in New York, as we join the community’s efforts to ensure that everyone’s health and safety is our top priority," The CW said in a statement.  "We will be sharing additional details as we move forward.”

“The health and safety of the advertising community, our employees and production partners is our absolute priority, so we will alter our plans for this year’s Upfront presentation,” Gerhard Zeiler, Chief Revenue Officer, WarnerMedia and Kirk McDonald, Chief Business Officer, Xandr, said in annoucning their cancellations.  “We have the technological and creative means to showcase our unified WarnerMedia/Xandr message through a unique video experience.”

“With Discovery’s increased scale and reach, we were proud and excited to showcase our expanded portfolio of beloved brands and talent, for the first time, during the traditional broadcast Upfront Week," said Jon Steinlauf, Discovery’s Chief U.S. Ad Sales Officer.  "The decision to cancel is bittersweet but unequivocally the right one.  We have a terrific story to tell and more opportunities and products than ever for current and prospective advertisers.  We will just tell that story in a way that best suits these unprecedented times.”

These cancellations are just the beginning.  Some damage is already done.  More is certainly on the way.  I have talked with production executives and actors who are busy working on pilots, and the virus is already wreaking havoc with their schedules.  It seems entirely likely that the production and completion of many pilots will be delayed, which could set off a domino effect that will compromise the Upfront even further.  If final fall schedules cannot be put together as planned because of long-term interruptions in the content pipeline, then we are likely to see a fall season unlike any other in recent memory.  Presumably, existing shows that may have been set for cancellation could be renewed; others under consideration could be held until midseason or cut altogether.

The logical response to that would be for the networks to fill their fall schedules with live competition shows, as they do every time there is an industry strike.  Nothing new there … except that such shows, if they are scheduled, may need to go on without studio audiences, which would rob them of an essential energy that tends to make them more compelling as television entertainment.  Indeed, American Idol and The Voice will be facing this challenge in a couple of weeks when they kick over into live telecasts -- if, that is, they are in production at all.  (There is still the health of contestants, production crews, hosts and judges to consider.)

Projecting further, if prematurely, broadcast television could start to look the way it did in the ‘90s, when primetime news magazines spread across network schedules like, well, you know.

Be sure to check our Upfront/NewFront calendar throughout the day for updates on cancellations.

Have We Seen the Last of Upfront Week?