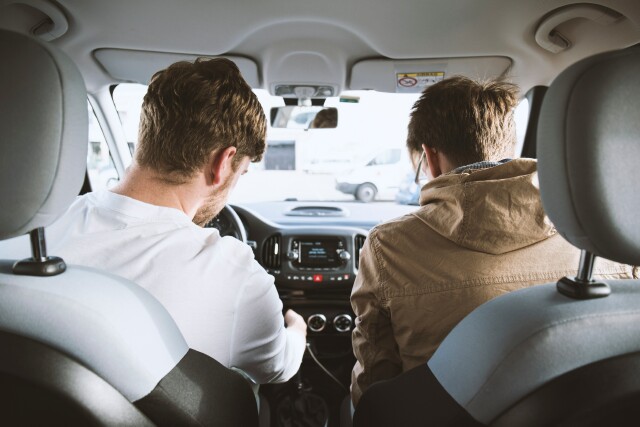 While emerging audio platforms like podcasting and digital streaming may garner more attention of late, network radio is proving steady and often wins the race.  Network radio, which consists of nationally syndicated shows and networks carried on local AM/FM stations, attracts millions of listeners to its popular hosts and formats, catering to a wide-range of interests including music, sports and talk.  A recent study from Nielsen notes that radio reaches 92% of all adults 18 and older and, among those radio listeners, more than 94% tune into network radio programming, including 95% of adults 18-49 and 94% of adults 18-34 and 25-54.  The majority of network radio listeners are educated, affluent and employed, and three-quarters of listening occurs out-of-home.  That blend of broad reach, desirable audience profile and listening close to point-of-purchase makes network radio a popular choice for national advertisers.

Alli Romano:  What are the ingredients that make network radio so popular with listeners and advertisers?

Bruce Supovitz:  Network radio has a large footprint, and it's the best way for advertisers to get a tonnage in a very cost-efficient manner.  You can buy a lot of radio stations and get a large amount of gross impressions by just going to a handful of networks.  Any given radio station might be taking a number of different programs and services from different networks, so a radio network can have a very large reach.

Jon Miller:  There are over 9,000 radio stations with network-affiliated shows.  That's the big, powerful point:  The tonnage of a dozen or so networks can reach a lot of Americans.  There is also the devotion of the fans of network radio shows.  Look around every market in the country; people are into it and talking about it.  These programs give us an outlet that maybe isn't offered in other places.

Romano:  What opportunities do you see for network radio sellers to grow both their share of ad dollars and generate new business?

Supovitz:  Network radio is up this year and their inventory is selling faster.  Consumer packaged goods have been a big boon to network radio, and radio in general, this year.  When you get a CPG company with an item like toothpaste, mouthwash or shampoo -- something that everybody basically uses -- they're looking for tonnage and they're looking to reach every consumer out there.  When they take a little money off of another medium and they put it into audio, like network radio, it really moves the needle.  You also have online recruiting companies and e-commerce moving into this space.  These new and additional dollars also put pressure on the existing inventory out there.  So, advertisers need to place their buys sooner and faster.

Romano:  How are Nielsen's advances in data and attribution helping network radio make its case to buyers?

Miller:  The biggest impact in the last few years is being able to compare all these metrics and say: This medium reaches a ton of people, is inexpensive and offers all of these advantages, so put some of your money here. Shift some of your buy to that medium.

Supovitz:  The thing that gets the attention of big brands is data and attributable data that shows results.  Nielsen can now connect our data to other big data sets.  When audio ads run on large networks, we can correlate that to things like credit card spending or loyalty card spending.  We also know that radio does an excellent job of reaching light TV viewers.  If a brand was 100% in TV last year and this year they go 80% TV and 20% radio, we now have software and empirical data that shows unequivocally that the reach goes up.  You're going to reach a tipping point in television with your dollars, so where do you find those other consumers?  In radio.  It's an excellent complement to TV, and now we have products like Nielsen Media Impact that contain data sources which actually show that when you shift some dollars, your reach really goes up.  We have also released in-depth case studies that seem to be resonating with the planners, modelers and the CMOs out there.

Romano:  We know that network radio has massive reach, but how can it work for brands looking to reach a targeted group or a particular demographic?

Supovitz:  There are radio networks targeted at specific demographics such as African-American or Hispanic consumers.  In addition, networks can configure their radio affiliates to be younger, older, male or female skewed by using a particular lineup of stations within network radio.  You can really target whatever audience you'd like to reach.  You could buy genres, formats, certain psycho-demographics or the top 50 markets versus smaller markets.  You can carve it up a lot of different ways.  Network radio is really a big tent and it starts with a big number of stations.  Within that, they can deliver the audience an advertiser desires.

Romano:  With podcasting and digital streaming growing so quickly, there is more competition than ever in the audio industry.  How does network radio stack up against other audio options?

Supovitz:  Network radio is a very stable, large-reaching medium.  If you're looking for highs and lows, that's not going to be network radio.   Separately, I work with podcasters, too, and we're seeing a lot of growth there.  It is also a very effective medium to deliver a message.  However, if you're talking about sheer reach there's still a ton of people being reached by network-affiliated radio stations.  One important thing to note is a number of radio networks now have podcasting divisions.  It's a natural extension of their ability to deliver the audio message.  Network radio is looking to offer more ways to have people listen to their content and also distribute ads.  They have the infrastructure to sell that kind of audience through their existing sales departments and going to national buyers.

Miller:  Radio is the original audio medium.  It's in your car and it's free, and that's why it's still such a huge part of everyone's media diet.  That's changing, of course.  Technology is changing.  Phones are changing.  Data plans are changing.  Connected cars are changing.  All that is happening, but radio has always been there and is still there.  Podcasting is a long-form medium and it's a conversational medium, but it can't do things in real-time the same way that radio does.  There are just so many things that go into radio's favor.  It's not the new source, but it's there and it reaches a lot of people.

Romano:  How important is it for network radio to embrace new platforms and new technology like voice-activated speakers to grow its audience?

Miller:  Smart speakers are helping to expand the audio landscape because they are giving people easy access to audio in their homes.  As of Q2 of this year, a quarter of U.S. households own a smart speaker.  We're heading into the holiday season and that number is going to keep going up.  The key for the radio networks is to make sure it's easy to get your content on a smart speaker.  It's growing fast and it's giving more people a reason to listen.