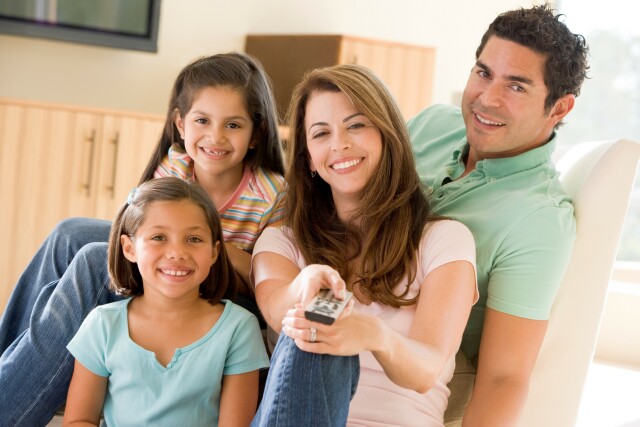 It is no secret that as the Hispanic-American audience continues to grow year by year so does its buying power in advertising, viewership in television and impact in entertainment and popular culture.  Under the theme “New Directions,” the 16th annual Hispanic Television Summit in New York City last week featured panel discussions and keynote sessions related to this growth, focusing on content authenticity, diversity and cultural representation.  The panels largely focused on understanding the importance of authenticity to capture audiences, looking beyond “general entertainment” in an effort to serve a more specific purpose for specific audiences, and increasing the diversity of networks and companies, not just onscreen but on creative teams and on executive boards.

(An important note:  Throughout the summit the term “Latinx” was increasingly utilized as a gender-neutral term for Latinos and Latinas.  That was fine, but the terms “Latinx” and “Hispanic” were often interchangeably used as if they are the same thing.  They are not.  “Latinx” refers to those born or descended from Mexico, Central America, South America and other Latin-American countries, including Brazil.  “Hispanic” refers to those from Spanish-speaking countries, including Spain but excluding Brazil because its main language is Portuguese.)

One of the presentations that stuck with me the most was the first keynote conversation, titled New Directions in Brand Advertising Targeted to Hispanics.  Sandra Alfaro, Managing Director of Wing, Grey NY, gave an insightful presentation focusing on how to effectively reach Latinx through the power of culture.  With the success of Disney’s Coco, which was the first Disney film to center on a Hispanic character and solely focused on Mexican culture, as well as other successes for the Latinx community like Netflix’s reboot of the Norman Lear classic One Day at a Time and its original telenovela La Casa De Flores, Alfaro assured that multicultural consumers are the drivers of mainstream.  “If you’re not marketing to a diverse America today, you aren’t marketing” she said.  “This isn’t something that’s coming soon.  It’s already here.  It’s now.  It’s today.  If you’re not on board, get on board.”

During a segment of her presentation titled Treat Your Target with the Depth and Respect They Deserve, Alfaro presented a series of advertisements that not only featured Hispanics as the focus but showed how impactful authentic creativity and storytelling could affect an audience.  The first starred Lin-Manuel Miranda in an ad for American Express which first aired earlier this year during the U.S. Open.  The ad follows Miranda through a day in his life, from his Brooklyn apartment to his favorite breakfast spot, meeting with his In the Heights and Hamilton co-star Christopher Jackson.  The ad has resonated with so many people because of its authenticity, realness and simplicity.  It felt more like B-roll for a mini-documentary rather than an advertisement, and I mean that in the best way possible.

Another ad was one from McDonald’s, which got plenty of laughs from the audience as it showed a young Latinx teen at his first day on the job at McDonalds, working the drive-thru window.  His first customers are his parents, gushing with pride as they take pictures and video of him in his uniform from their car.  If there’s anything a Latinx can say that resonates throughout culture, it’s pride.  It bursts forth when our favorite soccer team wins a match, when a new film centers on our community or, more simply, when the first member of a Latinx family goes off to college.  “People say ‘having the Latino audience is like icing on the cake,’” Alfaro noted, further explaining that major companies and ad agencies don’t focus enough on the growing U.S. Hispanic audience and often treat them like an afterthought.  “That’s not true!” she asserted.  “We aren’t the icing.  There is no cake without us!”

In terms of targeting the young multicultural Millennial and Gen-Z audiences, NBCUniversal’s Telemundo and E! collaborated to create Latinx Now, a new digital series to bring the latest entertainment and pop culture news to bicultural audiences through news segments and celebrity interviews.  Weekly episodes are available in Spanish on Telemundo Entretenimiento’s YouTube channel as well as Universo Cable.  There is also an English-language version on E! News’ YouTube channel.

“It’s 200% our audience. It’s 100% American, 100% Latinx and they come together and make up a very unique perspective where U.S. pop culture is making an impact,” said Laura Molen, Executive Vice President, Lifestyle and Hispanic Advertising Sales Group, NBCUniversal.  “With the upcoming Latin American Music Awards, so many of our talent, whether it’s Cardi B or Luis Fonsi, are across both markets, both mainstream and the Hispanic market.  It’s a very exciting time to have all of that content to reach the U.S. Hispanic.”

Asked if the days of general entertainment programming are over, and if a network can be “one size fits all” in an era of on-demand, IP-delivered streaming content, Schwimmer replied, “What you’re talking about when you say ‘general entertainment’ is the big tent.  Services like Netflix are a really big general entertainment network where you go and see all kinds of different experiences.  But once you come down ten thousand feet, you really need to stand for something specific.

“I think it’s very difficult,” he continued.  “There are some large entertainment networks that I know are saying ‘what do we mean?’  When you’re a general entertainment network, it’s hard to brand yourself and stand for something.  You have to differentiate yourself.”

“In our case, it’s very clear,” Schwimmer added.  “Latino is multicultural, it’s young, there’s a music filtered to it, it’s non-scripted.  If you’re looking for a great drama, don’t come to us, that’s just not what we do.  We’re very specific about what we offer and who we offer it to, which means we’re not going to appeal to everybody.  We’ll appeal to some people and hopefully they’ll be passionate about what we do.”

On the issue of whether the industry doing enough to support the Latino community, Schwimmer said, “It’s not -- but it isn’t nefarious.  It’s the fact that when you look at the executive staff and look at the board rooms, media companies, you rarely find Hispanics.  (Before Fuse he was the CEO of Si TV, the first English-language network for Latinos, set on authentic and culturally relevant storytelling.)

“Folks don’t know what they don’t know,” he continued.  “If you live in California, you think every Latino in America is of Mexican descent.  If you in Miami, you may think they’re all Cuban or Venezuelan.  The fact of the matter is that there is a very low level of knowledge in general.  It’s an issue of familiarity.  You have to make a high degree of effort to bring in executives from the community, to grow people from interns and coordinators to managers and vice presidents, where they can influence decision-making.  I truly don’t think that anyone is saying, ‘We need to keep our network less Latino.’  It’s just a long process.  It takes time.”

As one of the few Hispanic Millennials in attendance at the summit, I made sure to ask about programming that was targeting Millennial and Gen-Z audiences during the New Directions for Delivering Content to Hispanics panel, which featured executives from Castalia Communications, Thema America and Univision Communications, Inc.

Friday Abernathy, Senior Vice President, Content Distribution, UCI, noted the upcoming new series L.I.K.E.  “It’s solely geared toward the Millennial and it really touches on this issue of old traditions vs new traditions and how they co-exist together.  That’s something that we, as a network, will be exploring a lot more, seeing as there are so many second- and third-generation Hispanics in the country.  It’s something that our audience deals with on a daily basis.”  L.I.K.E., which stands for Life Institute of Knowledge and Evolution, is a music-driven, high school-set dramedy following a group of students that are determined to work together to break the norms brought on by adults at home and at school.  The series is inspired by the telenovela sensation from the early 2000s Rebelde, which launched the careers of Alfonso Herrera (Fox’ The Exorcist) and Maite Perroni (Papa a Toda Madre).  L.I.K.E. is set to premiere Sunday, October 14 on Univision.

The top takeaways were the importance of authenticity to capture audiences, to avoid “general entertainment” and serve a more specific purpose for specific audiences, and to increase the diversity of networks and companies, not just onscreen, but on creative teams and on executive boards.  One thing is certain; as these insights are widely shared, networks will continue to move forward in the right direction of authentic programming.