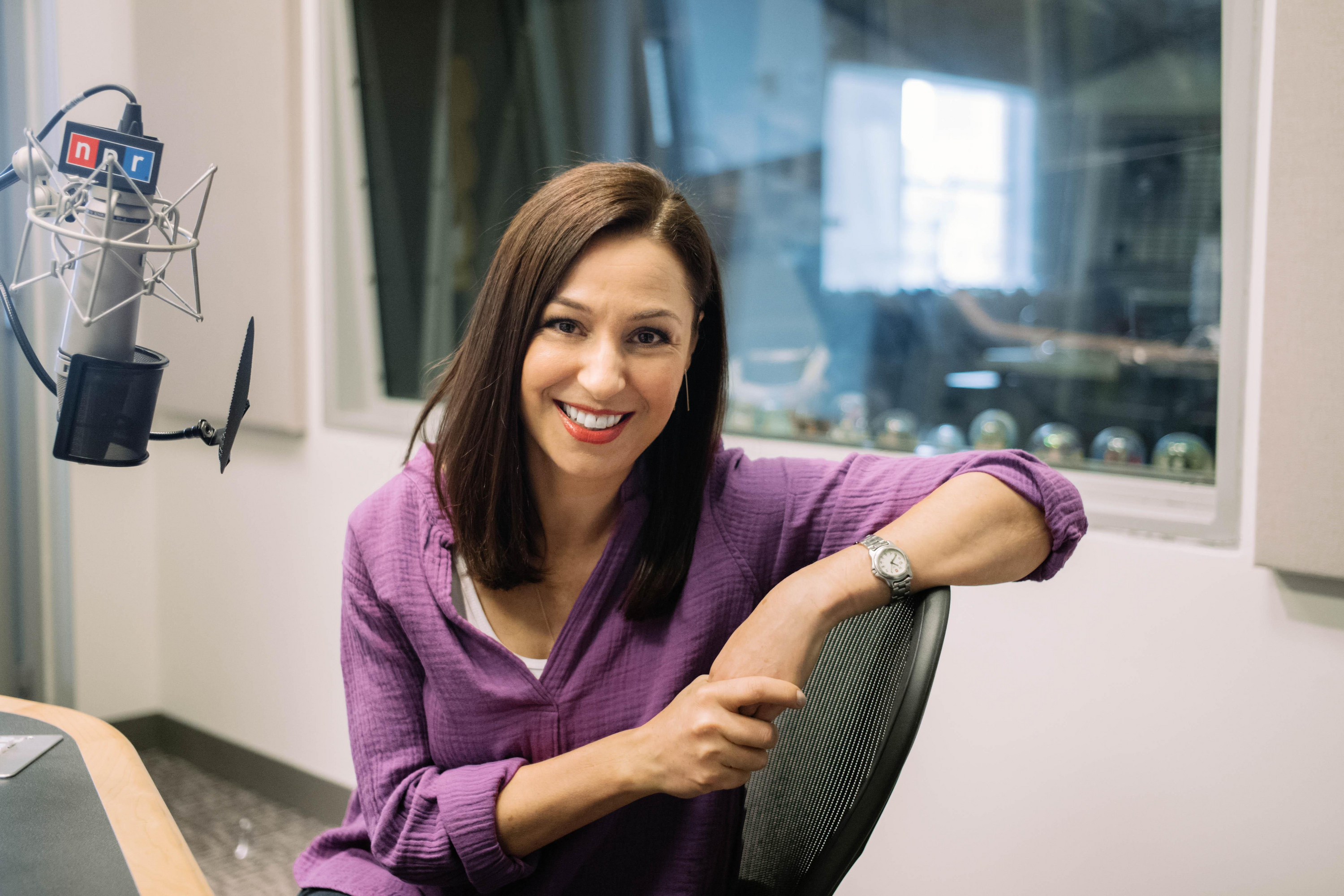 In the booming digital audio universe, few shows stand out like NPR's TED Radio Hour, which started in 2012 and regularly shows up on all the top podcasts charts. (It is currently 16 in the iTunes chart and 17 in the podtrac ranking.) Through its interviews with thought leaders, experts, and innovators, as well as its TED Talks, the show has built a loyal following. It airs weekly on 600 public radio stations and is available on-demand as a podcast. However, even the most successful shows are subject to change; in late March, veteran journalist and author Manoush Zomorodi (pictured above) takes over the microphone from long-time host Guy Raz.

With deep experience in both public broadcasting and podcasting, Zomorodi is well-versed in the particularities of audio. She previously worked for the BBC and New York Public Radio, and, in 2013, launched her first podcast. Along the way, she wrote a book,Bored and Brilliant: How Spacing Out Can Unlock Your Most Productive and Creative Self,and even gave her own widely-viewed TED Talk on the attention economy.

Assuming the helm of TED Radio Hour is a tall order, but it's one Zomorodi says she has been building towards her entire career. MediaVillage caught up with her to discuss how she will put her stamp on the show, her wish list for interview subjects, and how TED Radio Hour distinguishes itself in a crowded audio market.

Alli Romano: You're taking over a hit podcast that had a popular host in Guy Raz. How will you preserve TED Radio Hour's traditions of success while also infusing it with your own style?

What will be different is me. It will be different by virtue of who I am: I am a middle-age woman; I am a mother; I am a first-generation American; and I can't help but have a different take on things than Guy Raz. As much as I know people will miss him, change is not always a bad thing. The transition can be hard, but let's go on a journey together.

Romano: What have you done to prepare for this new role?

Zomorodi: My whole life has been preparations. I've been so steeped in the idea of public media as a public service; first when I worked at the BBC, then New York Public Radio. I believe in the mission of public media, TED, and NPR. That's been my approach to journalism and to storytelling all along, so I don't feel like I have all that much preparing to do, other than to get to know the team — and they are so talented.

Zomorodi: I have a whole list and it is already coming true. I have such good memories of seeing one of my favorite bands, OK Go, do a TED Talk. I wanted to talk to the lead singer about [his] creative process, and I did. I am still pursuing Shonda Rhimes, and I'd like to interview Hannah Gadsby because her TED Talk was awesome.

Romano: You first got into podcasting in 2013 with your tech podcast, Note to Self. How has the industry changed?

Zomorodi: The sheer volume is the biggest thing. Also, more people know about it and we're over that hump, which is a relief — although there are still not enough people listening yet. It has protected us, but also limited us as podcasters.

Romano: Out of the more than 900,000 podcasts, why should people listen to yours? What is differentiates the show?

Zomorodi: That's something I've been thinking about so, so hard. With the TED Radio Hour…, the reason that I've been such a longtime listener is the sense of putting life in context — about getting away from the constant breaking news and the constant to-do list calling your name and thinking big thoughts.

In this day and age, it matters that we can get a 30,000-foot view on everything from science, to art, to space exploration, to business, to all the things we deal with every day. We rarely stop and think, "How does this compare to what happened in the past, where are we now, where do we go from here?" Taking a moment and putting life in context is very much what we do. It is an hour, but a very efficient way to get exposed to the biggest ideas and speakers out there.

Also, the audio production is top-notch. You don't even notice and that's how it should be; it is baked into the experience. When you listen to the scoring and sound production, [you can tell] the team puts so much into this.

Romano: You've written and spoken about all the demands on Americans' attention. As a podcast host, you're also vying for that time. What does it take to earn it?

Zomorodi: The one thing we can't multiply is the amount of hours in the day. You can double-screen and multitask all you want, but the brain can only focus on so much. That people have committed their ears to me is a privilege and I take that responsibility incredibly seriously. I want them to feel transported, like they've learned about something new … and something applicable to their lives. I absolutely believe in solutions-driven journalism. I've seen the impact that my TED Talk, my book, and my podcasts have had on peoples' lives. That's why you do it: so [listeners] are entertained and educated.

Don't stop now! Stay in the know on NPR's audience, programming, and talent with more from NPR InSites.